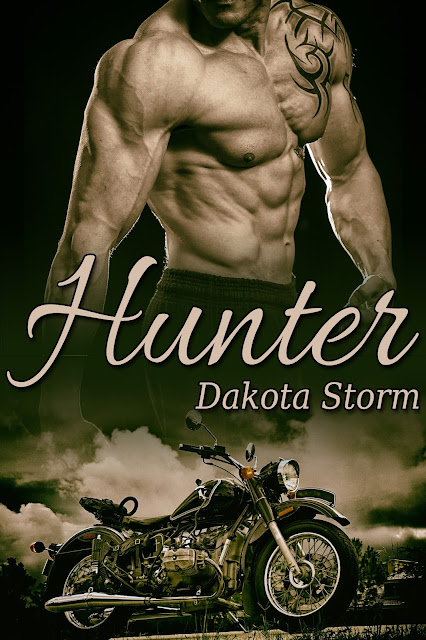 Sexy as sin bounty hunter, Hunter Jones, lives, eats, and breathes his next case. He's always been content to live his life on the road with no attachments and no one to answer to. Love was for other people, but when he stops in a small town for a little R&R and meets up with a fellow bounty hunter to review a case, he runs into the man in every one of his wet dreams, only Hunter isn't ready for love, but Donovan turns his head and his heart upside down.

Donovan Madsen has it all; a lucrative business, a close-knit family and a best friend, who he shares it all with, but something is missing. Donovan always dreamed of finding the "one", settling down and living the small town life, but he never thought it would happen…until Hunter.

The mutual attraction is instant and intense; neither can say goodbye.

As trouble brews and Donovan is kidnapped, Hunter realizes life is too short to not take what he wants. FBI, Mercenaries and bounty Hunters fight for their lives in this action packed romance, where lives are on the line and their love might not be enough.

Feeling reluctant to take his hands off of Hunter's sides, Van climbed off the back of the bike and stretched his legs a little, smiling sheepishly at Hunter.

"It's been a while since I road on a bike," Van told him and smiled.

Trying to keep his giddy smile hidden, Van wanted to jump up and down that this god-like creature was in his small town for some R&R. Turning so he faced Jocassee Lake, he leaned on the side of the picnic table. He loved the view from this spot and could usually gaze for hours at the wildlife and rugged terrain, but he was too focused on Hunter to take it all in today.

"So, how long are you in town for, Hunter?" Van whispered.

Doing a little stretch as well, Hunter strutted over to where Van was leaning. He had a loose-legged walk that brought Van’s mind immediately to sex. Looking into his eyes, Van couldn't help but get lost in their depths again. Time seemed to stand still as Hunter leaned into Van's space and whispered, "As long as you want me to be," and kissed the side of his mouth.
Van couldn’t breathe, he couldn’t focus. All he could do was feel, and what he felt stunned him.

The only noise, besides the occasional hawk screeching for his next meal, was Van's gasp of air as Hunter kissed him again, lightly running his tongue over Van's lower lip before gently biting it. Van’s arms had a mind of their own as they grabbed onto Hunter’s hips, pulling him closer.

Both were out of breath, and they hadn’t done anything but exchange a few light kisses. Van couldn't ever remember getting so turned on by just a kiss. This man was so good, yet so bad for his heart. Van could feel himself getting addicted to Hunter’s kisses and craving so much more. He was fucking screwed and he knew it.

Shit, Hunter thought about what Van would taste like the whole ride up the mountain, now he couldn't get enough. His taste was warm and sunny with a hint of cinnamon. When Van's hands landed on his hips, pulling him forward, it took all of Hunter’s control not to grab his head and plunder his mouth with his own. But he knew less than nothing about Van, other than he seemed a little on the shy side, and he didn't want to scare him away. Hunter was more of a rough around the edges, take no shit kind of guy, but being there with Van made him want to take his time and savor. Savor Van’s taste and the way his cock rubbed against his through his jeans. Jesus.

"Kiss me," Van begged as Hunter again ran his tongue around his mouth, biting not so gently this time at his lips.

Needing no more encouragement, Hunter grabbed the back of Van's head and slid his tongue roughly into Van's mouth, enlisting a long groan from the man. Van’s cock, having a mind of its own, rubbed faster against Hunter's, and his tongue wrestled for domination. Hunter grabbed the hair at the back of Van's neck, forcing his tongue deeper into his mouth, sliding his tongue in and out, mimicking what he wanted to do next. He couldn't get enough of his taste, of his essence, his scent. Hunter didn't get mushy about kissing a guy, but damn it, he felt that kiss to his balls and back and was ready to explode.

The sound of a car pulling onto the gravel had the two reluctantly pulling apart, but not breaking eye contact as the car headed back in the same direction it came from.
"Well, that was..." Van touched his lips and smiled.

"Yeah," was all Hunter could get out as he adjusted his dick in his tight jeans. He couldn’t understand his need to hold on to this moment. He wanted to grab hold of Van and never let go.

Dakota Storm was born and bred in rural southwest Massachusetts. Her love of writing romance brings many stories to life in her head all culminating in a happily ever after. Even though she lives up North she hates the winters but love cuddling up with her husband by a toasty fire. She harnesses her other creativity through photography in which loves to hike and capture animals in the wild. She loves to blog and read all genres but her favorite is m/m romance with a happily ever after.

I also have a newsletter for LGBT books and Authors. Announcing new releases, sales, freebies and more! If you would like to sign up to receive the email here is the link...http://eepurl.com/cyigjz