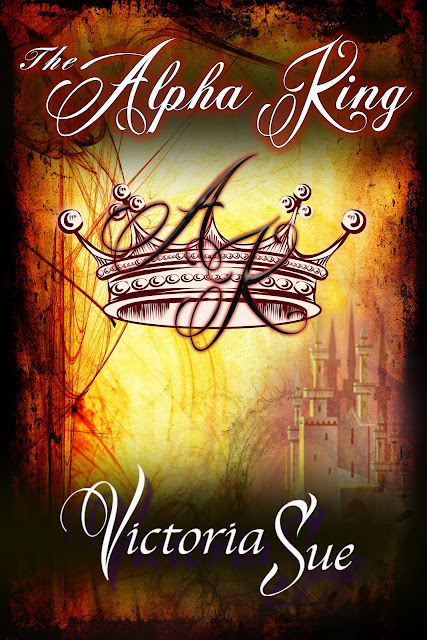 The Kingdom of Askara had been torn apart by conflict for centuries and humans existed only as subservient beings to their werewolf masters. Legend said that Askara would only be able to heal itself when an Alpha King and a pure omega were mated and crowned together but there hadn’t been a pure omega born in over a thousand years.

Luca was an Alpha-heir eagerly awaiting the choosing ceremony on his 25th birthday and the gifts that would be granted by whatever omega he mated. His small pack in the northern most territory was destitute. As Alpha-heir only he had no authority to challenge whatever the ruling council decreed and he had waited for this moment for a long time.

Kit was a street-rat. An unlicensed human child only ever able to slave for whatever master owned him. Then one day he comes across a young werewolf attacked and dying of poison, and finds out that his fate and that of the Alpha-heir are suddenly entwined.

Luca needs to take over his pack and save his people. He cannot afford to be distracted by the young human even if Luca seems to be developing abilities indicating he may no longer be just a pack Alpha, but may be the King his world has been needing for a thousand years.

Could Kit really be the cause of Luca’s new found power? How is it possible when the young man isn’t even a werewolf, and Luca would be forbidden to mate a human?

4.5 out of 5 stars
The Alpha King is the first in a new dystopian-esque, high fantasy, wolf shifter series.

I'll say it.. I'm a big fan of this author and her previous shifter mpreg series, Sirius Wolves. So when I found out she was creating a new world with shifters I was very excited. Knowing that it featured mpreg was a total bonus.

The Alpha King is definitely more dystopian/fantasy based as the world as we know it is not featured at all. Instead wolves control the world, humans are subservient to the wolves and treated to extreme working and living conditions, in particular with the current Alpha of their region. There is also a pretty extreme class difference even among the wolves. Alphas are still the top dog, with gammas as their security force, and omegas of both sexes are the mates and breeders for the Alphas.

As this is a first book there is quite a bit of world building but it flows well into the story. That is a very consistent trait with any of this author's books, she is able to create significant areas of world building within the existing story without making it feel like it's an 'info-dump'. This is something a lot of sci-fi or fantasy books can either over- or under-whelm a story with the background. In this story, the author could have included even more information about the world without bogging the story down, but she did keep it at a very decent ratio for the first book.

The two main characters, Luca - the Alpha Heir, and Kit - the human omega, meet once, 7 years prior to the mating ceremony when Luca turns 25. Now Kit isn't part of the ceremony as he's a human servant, in fact no one knows that he's a human omega at all. Until the events happen to bring him and Luca together again at just the right time. I really liked both Luca and Kit, even though they suffered from the typical lack of communication that many romance characters face. That's probably my only issue with this story and others similar, especially when the characters are  'tied together' by their mating.  You'd tend to think there would be less communication issues when you can read each other's thoughts or at least speak to each other telepathically.

There is a lot of storytelling within The Alpha King and again this is one of those books that it's best read instead of told to the reader. So I highly recommend picking up this book to get all the good parts, and the sweet parts, and most definitely the sexy parts between Kit and Luca. I look forward to further books in this series.
Bio and links

Wrote her first book on a dare from her hubby two years ago and he says he has regretted it every day since. Loves writing about gorgeous boys loving each other the best, and especially with either a paranormal or a historical twist. Had a try at writing contemporary but failed spectacularly when it grew four legs and a tail. Loves her wolves!

Is an English northern lass but is currently serving twenty to life in Florida – unfortunately, she spends more time chained at her computer than on a beach.