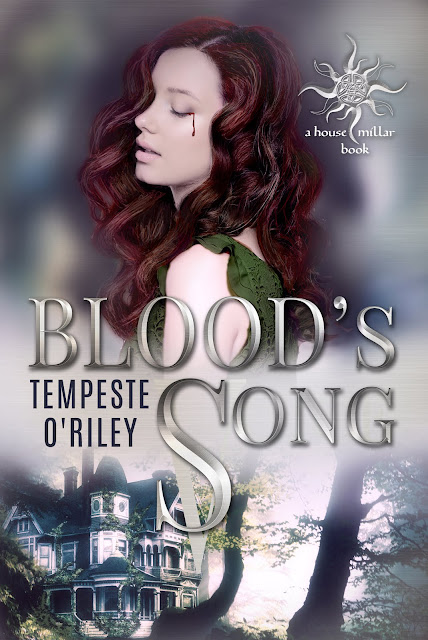 Even in darkness, love lights the way.
Anya awakens alone and afraid in a new world soaked with blood and terror. The only things she knows for certain are her name and that humans are precious.
Unwilling to give in to her hungers, she sets her feet upon a path of discovery, searching for clues to her forgotten past. Along the way she runs headlong into the unimaginable world of the undead and the waiting arms of Nicholas, a fearless nocturnal defender searching for his love, lost in eternity.
Into their midst stumbles Declán, a young, natural born vampire hunter and Guardian whose passion for Anya is only matched by his draw to Nicholas. His arrival could mark the end of their tale, or with the gift of Anya's blood kiss, it might bring about the beginning of a new chapter for them all. 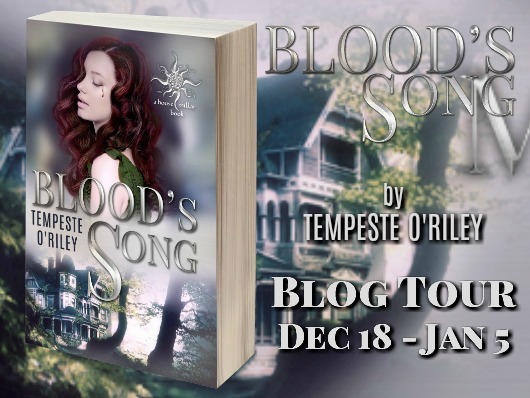 “So, you want to live among the humans, not just near them? That’s different.” The curiosity burning in his eyes was piercing though he kept his voice controlled.
“Yes. They are fascinating, and I don’t want to hide in the house all the time, so I figured I should learn how they interact. As I said, Star thinks me crazy for choosing high school to start, but since I am forever sixteen or so, I thought it would be a logical place to begin.”
“Well, I can understand both sides of this one and frankly, I’m not sure how you’re able to manage so close to them on a daily basis.” As his eyes widened, his voice thinned. “Isn’t the temptation dreadful?”
“No, not really,” I explained. “Their scent is delicious, but I honestly don’t see them as food. They are people, fascinating, thriving, bizarre beings, and I want to live in their world. When Star told me I lived by drinking blood, I was revolted. I could not conceive of killing a human even before I knew one. Star says others of our kind won’t approve of me because of this.
“Besides, I wear a token in plain sight to remind me of my vow if the temptation begins to get to me.” I held up my right hand so he could see the titanium ring I wore–the inscription said ‘Harm None, Love All’ in both Gaeilge–Irish–and English. Star had given it to me my first day of school.
“You wear a ring to remind you to not harm humans?” His eyebrows shot up as he bent over and examined the ring on my thumb. “And that works?”
“Well, it’s just something to keep the thought in the foremost part of my mind. It does not stop me–just reminds me why I am doing this. So far, so good.” I smiled, trying to stifle a laugh.
“Huh, you have the most bizarre life now, don’t you?”
“Eh, better this than living as a murderer, yes, boyo?” I hoped he was not offended by my wording.
“True, true...” he trailed off, his eyes unfocused.
“Not to change the subject, but do you mind if I ask you a little about me?”
“Huh?” Nicholas said as he struggled to pull himself out of some train of thought. “Oh, um, sure. What do you wish to know?”
“Well, not a lot. Obviously, I’m not the same person, but I would like to know what happened. How I ended up alone, with no memory. Do you know?”
Nicholas gestured to a natural stone formation that made a lovely bench area and motioned for me to sit with him.
“I don’t know how an immortal can have their memory erased. I do know why you left us, though.” The sadness in his eyes made him seem ancient all of a sudden. It also made me wish I could soothe him somehow, not that I knew how yet.
“You weren’t technically part of our family, you maintained a separate home. We were best friends, but as I stated earlier, you didn’t discuss who made you. After many years, you decided to seek out your creator. You never returned. I feared something terrible had happened, but I was never able to find out anything.” Nicholas reached out and clasped my hands in his strong ones.
“Anya, you have been missing for nearly three decades! We were friends for thirty years before that, and you were not wholly new to this life when we met.”
He looked as if he would cry, though in the end, he didn’t. My heart ached for him and for the person I had been to him.
“Thirty years?” I couldn’t wrap my head around the concept. What had I been doing for all that time? Why could I not remember? A growl slipped through my teeth. 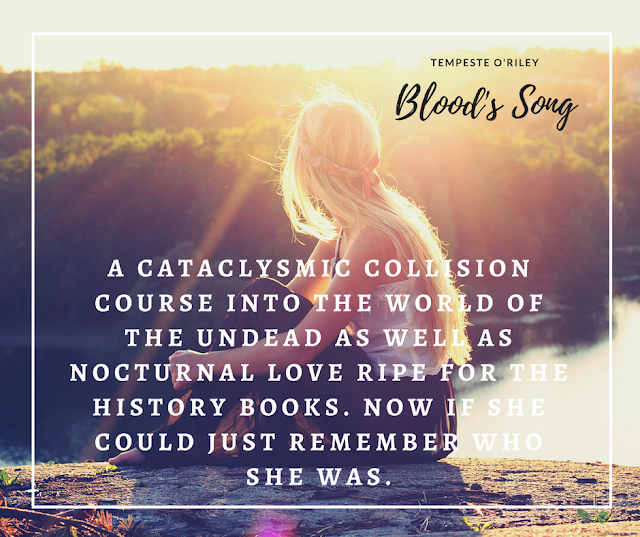 Blood's Song is the start of a new young adult urban fantasy/paranormal series.

Anya is a centuries old vampire but she's not your normal drains blood from humans type of vampire. She only takes blood from animals and considers humans to be protected and precious and not a source of sustenance. She's also unaware of her past as she's lost her memory somehow. Neither she, nor her guardian, Star know what happened to cause her to lose her memories.  Then one day she meets Nicholas, who she knew and was close to before she lost her memory. He, and his family, are also like Anya, and do not feed off of humans. However, unlike Anya, they tend to keep their distance from humans.

Anya has decided that since she lives among humans, and that she looks like a teenager, that she should attend high school with them. She even has developed close friendships with some of her classmates. Which is a slight risk to triggering her desire to feed off humans, but she believes she can control that side of her completely and takes the risk. She's also trying to not use the powers she has from being a vampire, as those powers, her 'voice', can make others bend to her will.

Now the biggest reason I picked up this book is that it's from a favorite m/m romance author.. the reason I KEPT reading it, is that it's a solid story with intriguing characters. While I didn't go too into the synopsis or storyline, Anya and Nicholas aren't the only main characters. This story features other characters, including Declan, who is an integral part of the storyline. These secondary characters enhance the storyline and also give depth to the main characters by showing they're not just centuries old, teenage appearing vampires.

This is the first book in the series, so does contain a lot of world building, and has what sci-fi/fantasy writers/readers would call info-dumps. Meaning that there is a lot of telling of the mythology of the vampires in the story, a lot of backstory, and a lot of set up storyline. Because after all a first book in a series SHOULD set up the world, and the characters so the reader can 'see' them as important parts of the story. Also, to draw the reader into the world and the mythology to keep them coming back to read the next book in the series.

Blood's Song does just that and gives you that pull into the world to make you anticipate the next book in the series featuring these characters and their continuing story. Yes, this is a young adult style book, there is a lot of sexual tension build up, but nothing explicit on screen between Anya, Nicholas, and Declan.  Will there be in future books, I don't know. However, it's not necessary for the on screen explicit for this series, as it's the storyline and characters that are driving the story.

If you're a fan of Tempeste O'Riley's m/m romance stories, I encourage you to pick up this series and give it a try as it features many of her fantastic story telling elements and characters. Otherwise I highly encourage those that love urban fantasy and/or paranormal stories to pick up Blood's Song as it's a worthy book to give a weekend or longer to reading. 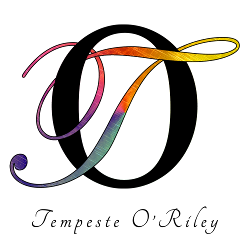 Tempeste O’Riley is an out and proud pansexual genderfluid whose best friend growing up had the courage to do what they couldn’t—defy the hate and come out. He has been their hero ever since.
Tempe is a hopeless romantic who loves strong relationships and happily-ever-afters. Though new to writing M/M, they has done many things in their life, yet writing has always drawn them back—no matter what else life has thrown their way. They counts her friends, family, and Muse as their greatest blessings in life. They lives in Wisconsin with their children, reading, writing, and enjoying life.
Tempe is also a proud PAN member of Romance Writers of America®, WisRWA, FFPRWA, and Rainbow Romance Writers. Tempe’s preferred pronouns are they/them/their/theirs/themselves. To learn more about Tempeste and their writing, visithttp://tempesteoriley.com.

Other Works by Tempeste O’Riley

Whiskers of a Chance
Fangs with a Heart 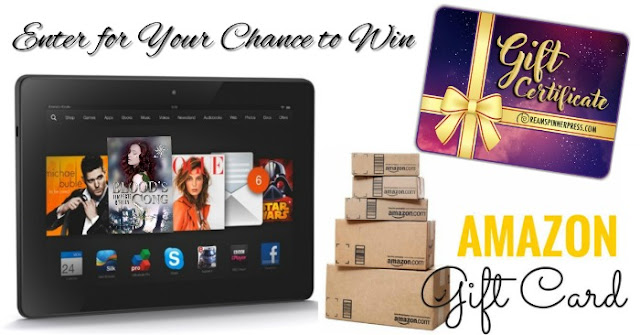 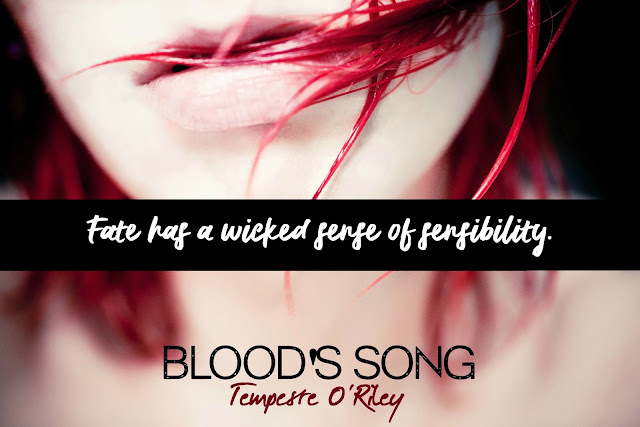