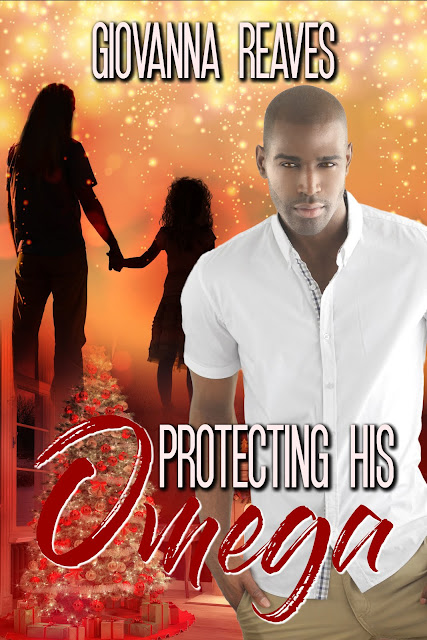 
Phoenix Harcourt is a single father who was kicked out of his home when his parents found out that he was an omega. After losing his alpha mate, Phoenix turned his focus to his daughter and the successful company that was left in his care. With a threat to his life, Phoenix hires a bodyguard who wants to protect more than his body. He also want’s Phoenix’s heart.

Hired to protect an omega, Lucius Payne had one goal: do his job and nothing else. He was never one to mix business with pleasure. Moreover, finding an omega mate was not in his plans, especially when it is the man he is supposed to protect. When his job becomes more complicated than he was expecting.

Can Lucius convince Phoenix to trust him with his heart as well as his body?

Excerpt from Chapter One

“Good morning, Joyce,” he greeted his executive administrative assistant, as he stopped by her desk before heading to his office. “Alissa,” he greeted to Joyce’s assistant who nodded at him before he looked back at Joyce. “Come and see me in twenty minutes, I need to look over a few business reports.”

“Yes, sir,” she said writing down his instructions.

Phoenix walked into his office, and set his briefcase down on the chair in front of his large mahogany desk. He loosened his tie just a bit before taking off his suit jacket, resting it on the back of his chair as he sat down. He glanced at the stack of mail that had accumulated in the week he’d been out of the office.

Returning to work after taking care of his daughter, Jasmine, who’d caught a nasty bug from school, was both a relief and a guilt trip. He loved being a dad, but being a single father had its ups and downs and having a sick child was certainly one of the down moments. “I thought Joyce would’ve gone through all this already,” he muttered to himself.

Logging in to his computer, he pulled up the latest business reports from his management team and checked on his company’s stock. Everything seemed to be in good standing, the holidays were always profitable for Phoenix English, Inc. While Phoenix tried to get as much paperwork done while he was at home, Jasmine needed him more. He followed the motto that Maxwell English had ingrained in him and their employees: family always came first.

Phoenix turned around in his chair and stared out the window. He never thought his life would turn out the way it had. There were three hierarchical statuses in society: alpha, beta, or omega. Phoenix was a male omega, a status in society that some considered to be rare with their androgynous beauty and his unique ability to bear children. However, no matter how rare omegas are, they have a low standing in society and, in most cases, not seen as leaders and are supposed to be submissive to their mates.

Alphas, on the other hand, were respected and recognized as leaders, with their abnormally handsome features, strength, and intelligence, they were perfectly compatible with their omega mates or that was what the fates and gods wanted society to believe.

Betas made up the vast majority of society and were more humanistic in appearance and physique, they were also a step down from alphas. Betas could mate with an omega, but they were unable to have children together.

As Phoenix considered his status, he shook his head to remind himself that as an omega, he was running a multibillion-dollar cosmetic company with his name on it. And that made him smiled. Hearing the sound of ice rain hit his window, it reminded him that the holidays were a few weeks away. The holidays always made him think of Max, the man who became more like a father to him than his own father. He missed Max. He was there for Phoenix when he needed him, right after his parents kicked him out.

He hated thinking about his parents, especially the way they shunned him after they found out he was an omega. At sixteen, there were a few things that happened in his life. Puberty. Some experience it a couple of months before or after their sixteenth birthday. But around sixteen was the age when teenagers found out if they were an alpha, omega, or beta. When Phoenix turned sixteen, he found out two things that he had accepted about himself: he was gay and an omega.

However, it seemed his parents were having a difficult time coming to terms with the fact that he was an omega. He remembered that day, as if it was yesterday. It was six months after he and his twin brother, Anthony, or Tony to his family and friends, turned sixteen and he noticed that his parents were acting cold towards him. Tony was an alpha and he was also acting strangely towards him.

Phoenix and Tony had always been close, they shared everything from clothes to secrets. There were a few things that Phoenix noticed when it came to his brother, that he was forgetting conversations they had or places they’d been to. Although they were twins, Phoenix had always thought that their parents loved them, equally acknowledging and accepting that they had different personalities. His parents had portrayed themselves as open-minded and willing to listen to everyone’s problems. They were always preaching to Phoenix and Tony that they should be more tolerant of all mankind and their differences.

Phoenix had heard stories of banishment happening to other kids and never fathomed that he would end up being one of them. No matter how many times he begged, his parents refused to reveal the reason why they were rejecting him. He could never forget the words spewing from his father’s mouth.

“You’re worthless to us,” James Harcourt yelled at him.

“Dad, why are you saying that,” Phoenix cried.

“Don’t call me that,” James snapped. “Don’t refer to me as your father. You are not mine.” Phoenix had never seen the look of anger and hate on his father’s face before. Tears streamed down his cheeks as he looked at his mother and brother, his eyes begging for them to say something in his defense. To talk some sense into his father.

“Mom, please,” he begged. Lilith went to move, but Tony clamped a hand down on her shoulder. “Go, Phoenix, just leave us alone and whatever you do, do not come back,” she told him then turned her back to him. Tony wrapped his arms around her and whispered in her ear.

“I’m giving you fifteen minutes to get your shit and get the hell out of my house,” James told him.

“Da— ” The sound of a loud crack reaching his ear stopped him when he realized what he heard was his father’s hand meeting his cheek. The sting made him understand that his father was not the man he thought he was.

Phoenix nodded and ran to his room, grabbing everything he could fit in one bag, including his three-month supply of suppressant pills, and ran out of his parents’ house without looking back. 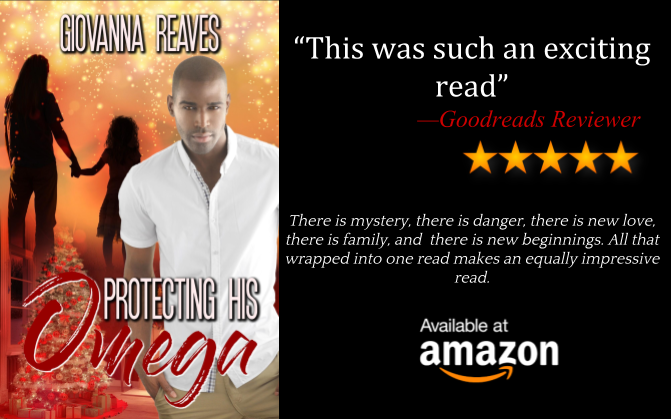 Giovanna (Gia) Reaves is my alter ego, who is a dreamer. I spend my days and nights dreaming and thinking of the worlds I want to create with words. I started writing about three years ago, when I was introduced to the world of fan fiction. I loved the idea of creating a new world around characters that people already knew about. And ones that are original of my own making. I have written two novels and a few free stories. I am a mother, wife, and a military veteran. I enjoy trying new things such as traveling, cooking, and reading. I try to incorporate some of the things I have experienced into my books.

Currently living in Newport, RI with my two favorite men. If I am not hidden in my cave writing, I love to read and spend time with my hubby and son. I love listening to R and B along with neo-soul when I am writing. When I'm not writing, I am trying to perfect my baking and decorating skills or try to pick up something new. I love spending time with my husband and son playing video games and traveling.

I love hearing from you, email me. GiovannaReaves@gmail.com.
Visit my website www.GiovannaReaves.com check out my blogs and free stories.
Join my Facebook group: Gia's Secret Temptations https://www.facebook.com/groups/GiasSecretTemptations/ or just follow me Gia Reaves on facebook. https://www.facebook.com/Giovanna.PM.Reaves
Sign up for my Newsletter https://promotions.privy.com/campaigns/241284