In Pain And Blood by Aldrea Alien - Blog Tour with Guest Post, Excerpt, and Giveaway 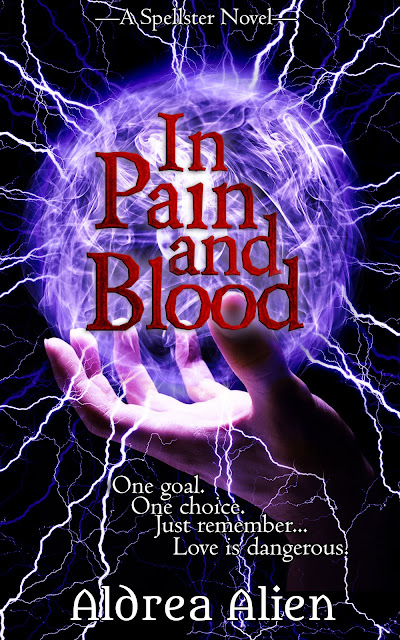 It's a standalone story and first in a series of standalones.

Dylan's life in the spellster tower has everything he should want: magical knowledge, safety from the King's Hounds and frequent clandestine affairs with women. All at the cost of his freedom. So when the chance to leave the tower—even as a leashed weapon for the King's Army—arises, he seizes it.

When his first scouting mission goes awry, Dylan is left alone in a hostile world with the tower a distant beacon of safety. Only the flirtatious Tracker, an elven man whose very presence awakens Dylan's long-repressed desire, can help him return to his old life before the crown discovers his unleashed status.

But the risk of being branded a deserter may be the least of his concerns as whispers of an armed presence in the North threatens his home. Dylan must rely on Tracker to protect him even as everything he thought he knew begins to unravel around them. 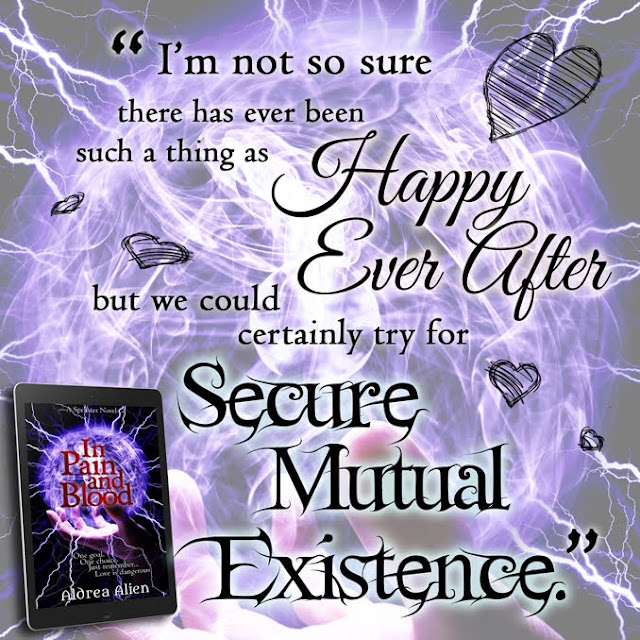 The dagger was the first thing he saw. Curved and sharp. In the lantern-light peeking out from the street, the blade bore an insidious purple sheen.

Barely daring to breathe, he followed the blade down to the bronze hand and onwards to the elven man glaring up at him. "If you're after money. I have none."

The elf's sharp eyes, in a shade that reminded Dylan of rich honey, narrowed. "Money?" The man sneered. "My dear spellster, do I look like I need your paltry coin?" He spoke with the vaguely similar smooth accent of his old roommate, Sulin. The words tumbled off his tongue much like rock down a hill, catching occasionally on a soft trill or hiss. Only those from Wintervale spoke in such a way.

"I don't—" The man knew he was a spellster? That could become problematic if he also knew of a hound in the area. Dylan lifted his hands, careful to ensure his palms remained facing away from the elf. As well as sharing a similarity in accents as his old roommate, the man was quite tall for an elf. Not quite as much as Sulin, but the top of the man's head easily reached the base of Dylan's neck. "Look, I really don't want to hurt you."

The dagger flashed up with barely a twitch from the elf, the flat of the blade tapping Dylan on the lips. "No more talking. I have been looking all over this village for the spellster everyone says is here and now I have you." The point returned to his throat. "Now lower your hands. I am sure it has occurred to you that attacking me will do you no good. You would be dead well before I."

His gaze dropped to take in the man's armour. Hard to tell in the watery light, but it looked well-made and leather. Not a common thief, then. A mercenary, perhaps? Something about the style nagged at him. He'd seen it before, as far back as the tower. Not on the guardians, but— The hound. Fetcher might have been human and a woman, but she'd worn the exact same armour. "You're a hound," he breathed, amazed he could say a word when it felt like his heart had relocated to his throat.

The man's full lips twisted into a humourless smile. "How very astute of you. At least you are not entirely without your wits."

"You have to help me." Was it not a hound's job to bring spellsters to the tower? Just like they'd done with Sulin and Launtil and countless others who'd been born outside the walls. And this elf would know the quickest route. "I need to get back to the tower."

"So you admit you left."

"Well, yes, but I was—" The minute change in the blade's pressure against his throat stilled his tongue. The hounds will hunt you. His guardian's words echoed in his ears. Safe in the tower, safe with a neck banded in metal, but venture outside without being leashed? Practically a death sentence. Any spellster rumoured to have fled the tower weren't heard from again.

"The crown does not exactly take kindly to runaways." 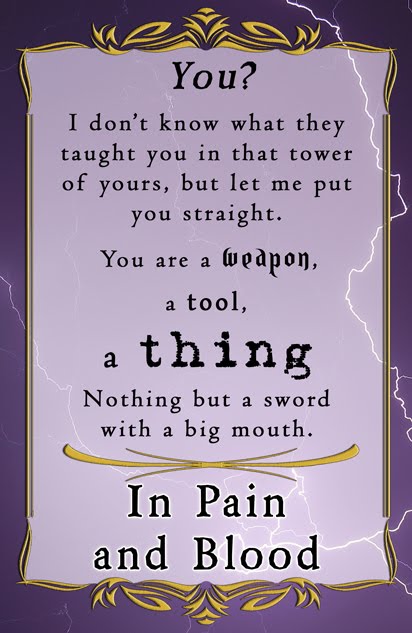 Flat Cakes Recipe
Thank you for giving me the chance to come onto your blog. Today, I’d love to share with you a recipe
Let me start off by saying how much of a poor cook Dylan is. He’s spent his whole life before the beginning of In Pain and Blood all but locked away in the spellster tower and that means he’s never had to cook or even prepare food all that often. So when he’s thrown into the wilderness, he probably would’ve starved if it wasn’t for the rest of the group.
He has plenty of opinions on what is good, though. Fish is off the menu owing to making him physically ill, other forms of meat are considered a rarity and therefore devoured gleefully. He has largely subsisted on vegetables, dairy and bread. Flat cakes smothered in syrup and cream is his favourite. Dylan generally gets them every year on the date of his nameday, courtesy of his guardian. And that is the recipe I’m sharing with you today, which is gluten free…

1.    Whisk buckwheat flour, cinnamon and baking powder together in one bowl. Beat milk, egg and vanilla extract together in another bowl.
2.    Pour the flour mixture into the milk mixture, whisking until the batter is thick and smooth. Then allow the batter rest for 5 minutes until bubbles form and the batter is relaxed.
3.    Melt your choice of grease on a pan over medium heat. Cook batter until bubbles form and the edges are dry (about 2 minutes depending on size). Flip and cook for another minute or until browned on the other side. Repeat.

It makes about six if done at around 10 cm diameter. You can then serve with your choice of topping! (In Dylan’s case, this was honey syrup and whipped cream.) I recommend only a few per person because they’re quite filling.

Aldrea Alien is a New Zealand author of romantic speculative fiction of varying heat levels. She grew up on a small farm out the back blocks of a place known as Wainuiomata alongside a menagerie of animals, who are all convinced they're just as human as the next person (especially the cats). She spent a great deal of her childhood riding horses, whilst the rest of her time was consumed with reading every fantasy book she could get her hands on and concocting ideas about a little planet known as Thardrandia. This would prove to be the start of The Rogue King Saga as, come her twelfth year, she discovered there was a book inside her.
​
Aldrea now lives in Upper Hutt, on yet another small farm with a less hectic, but still egotistical, group of animals (cats will be cats). She self-published the first of The Rogue King Saga in 2014. One thing she hasn't yet found is an off switch to give her an ounce of peace from the characters plaguing her mind, a list that grows bigger every year with all of them clamouring for her to tell their story first. It's a lot of people for one head. 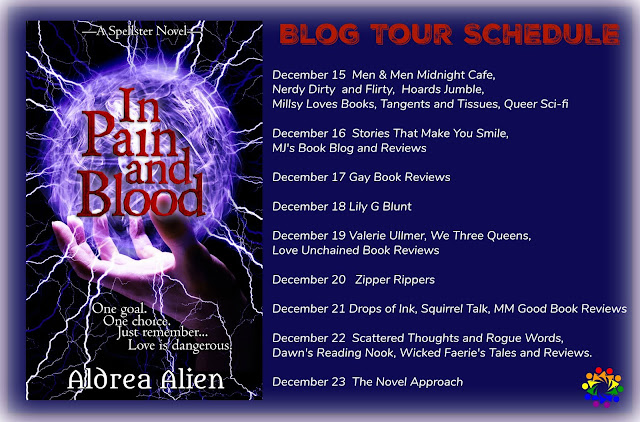