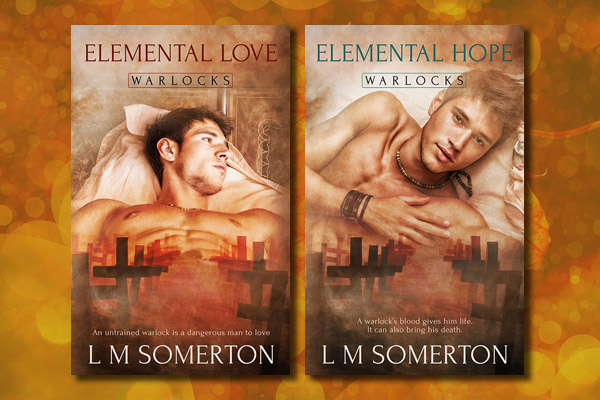 Elemental warlocks are a rare breed. There are only four known to exist across North America and they don’t tend to advertise their talents. But when you have the power to control earth, air, fire and water there’s bound to be some drama, especially when one of the four is young and untrained.

The elements don’t always combine well and warlocks are no different. When their lives collide, it isn’t just sparks that fly. Add love to the mix and a dangerous cocktail of magic and mayhem is primed to ignite. 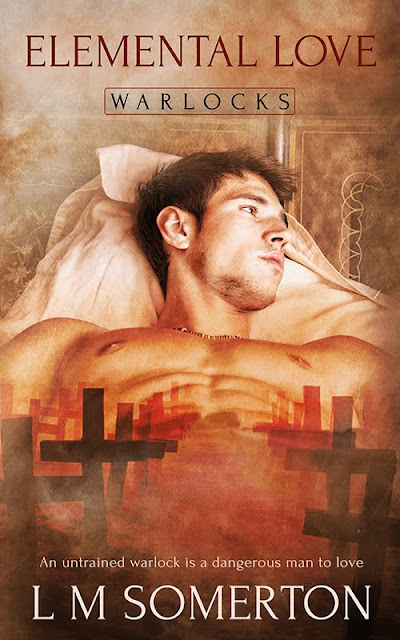 In the end, lives will depend on his courage, his willingness to grant Evrain control and the power of love. 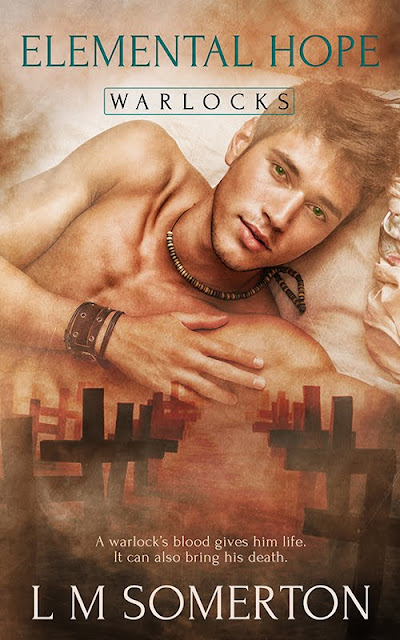 A warlock’s blood gives him life. It can also bring his death.

It’s no wonder Evrain Brookes, newly fledged warlock, is feeling the strain. A coven of power-hungry witches is after his blood. Literally. A psychotic warlock wants him dead. His godfather’s training regime is about as much fun as chewing on nettles and an overweight, scarily perceptive cat has moved into his house.

His boyfriend Dominic yearns for a normal life, or at least a safer one. He accepts his role both as Evrain’s submissive partner and as the conduit through which he channels his gift—but he’s afraid for his lover, and the lengths Evrain’s enemies might go to in order to fulfill their lust for power.

When Evrain falls victim to a plot between the Octis Coven and malevolent warlock Symeon Malus, it’s up to Dominic to rescue him. With the help of the two other North American warlocks, Shadow the cat and an old enemy, Dominic takes steps to get his lover back. There’s a high price to pay and no guarantee that the risks he must take will work out but Evrain is worth going through hell for, even if it costs Dominic his life. 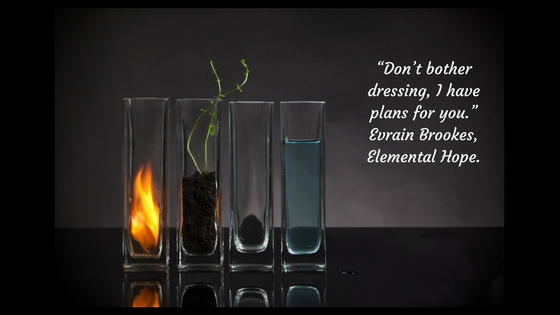 Is it urban fantasy?

One of my favourite genres to read is urban fantasy. Having completed Elemental Love, the first book in the Warlocks series, I wondered if what I had written fitted the common understanding of the genre or whether it was more akin to paranormal romance. Research proved fascinating and I was amazed to discover how much debate and commentary there has been on the subject.

Wikipedia says: “Urban fantasy describes a work that is set primarily in the real world and contains aspects of fantasy.” The article goes into a lot more detail, but as a starter for ten, the statement is a huge catchall. In my head, the word urban is key. The city in the story is as much of a character as the human and paranormal protagonists. In this case, my new release doesn’t really qualify. Though it is set in and around Portland, Oregon it could equally have been set in many other locations around the world. Portland was chosen for its climate and geography rather than its urban characteristics.

But does that rule it out? Most commentators include stories that features human characters that learn of fantasy creatures inhabiting the contemporary world are involved in some kind of conflict, and bring human characters into that world. Well here, Elemental Love gets a tick in the urban fantasy box. In my story, warlocks are not ‘out’ to the human population. The lead character falls in love with a human who inevitable gets drawn into paranormal rivalries.

But does this make it paranormal romance? A D/s romance is central to the story, but there’s more to it than a love story. Author Tracy-Cooper Posey puts in well in an article she wrote, which I’ve paraphrased here: even if the hero and heroine  (or in my case heroes) are locked together having sex for most of the book, but there’s a war between species and races, and the story does goes on for two or three books or more, or the same characters keep showing up in different stories, or there’s back story that taps into history going back for millennia, then you’re actually reading urban fantasy.

So, Elemental Love qualifies on some counts. It’s the first book in a trilogy where the same characters will show up. Warlock history dates back hundreds of years and though there might not be a full-scale war going on, there’s certainly conflict. I think that’s enough to count this series in. I hope you enjoy it. 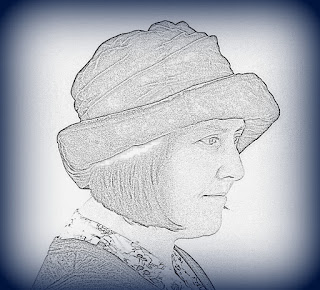 Lucinda lives in a small village in the English countryside, surrounded by rolling hills, cows and sheep. She started writing to fill time between jobs and is now firmly and unashamedly addicted.