Ivory by J. Rocci - Release Blitz with Excerpt and Giveaway


Trapped by familial obligations, engaged to a fiancée he doesn’t love, and crippled by the regrets of his past, Dr. Bradley Durrant is miserable and rapidly caring less about his own health as he works himself to the bone at the family hospital. But then he meets Nashan Windham, the grandson of his late father’s scandalous old friend, and Brad’s downward spiral is derailed, at least for the moment.

Brad lets Nashan and his grandfather pull him into a world where families—blood and the ones you choose—support each other and understand that love is unconditional. Brad gets his life together again, with Nashan’s help, and he can finally accept who he is and knows what he wants, but can he convince Nashan?

“—is a very influential woman who is a close friend of Dr. Mathews. Bradley? Are you still there?”

Bradley made an affirmative noise in his throat, adjusting his reading glasses as he turned a page in the patient file spread across his desk.

“I said that Mrs. Ambrose is a close friend of Dr. Mathews. Bradley, you need to secure this invitation if you want to join—”

He let his mother continue on speakerphone as he studied the latest blood panel results. A little girl, age nineteen months, neuroblastoma. Her response to chemotherapy was not what he’d been hoping for, but with children especially, every cancer case was unique. He dragged one of his reference books across his desk and started flipping through it.

“Yes, Mother, I am,” he responded absently, pulling out his sticky notes.

“It’s getting late, darling. Why are you still at the office?” she asked with a sigh in her cultured tones. She was nearing sixty but looked and sounded as though she were still in her mid-forties. She had guided Bradley’s father through social galas, philanthropic work, and maintaining the proper connections, and now Bradley bore the brunt of her energies as she attempted to groom him to become the chair of the hospital board.

Thirty-four years old and he had learned to rebel in small ways.

“Ah yes, your Tuesday dinner with Brianna,” she said with an undertone of satisfaction. “Please give her my regards, darling.”

“I will. Goodnight, Mother.” He disconnected and returned the phone to its customary position under several medical journals.

Checking his watch, he pushed away from his desk and headed for the door, pausing only to return the stray toys on his carpet to the basket on his bookshelf. The pictures of patients and their families on the shelves always made him smile.

Scrubbing tiredly at his face, he strode down the hall to the elevator banks and debated getting a cup of coffee from the cafeteria but ultimately decided against it. He’d be fine.

Only one of the four night-shift nurses was sitting behind the children’s oncology station when Bradley arrived. He waved and she blushed, looking down at her desk.

He slowed down. “Is it urgent?”

“No, her parents have requested a visit in the morning, after your rounds.”

He nodded. “Let them know that I’ll stop by, please.”

She grinned at him and he gave a halfhearted smile before continuing to the recreation room. Visiting hours and rec time were long past, but Bradley didn’t need more than the light of the city streets outside to navigate the room.

His objective gripped firmly in one hand, he went to see his nightly “problem” patient.

He popped his head around the privacy curtain in Room 355. Sure enough, Mrs. Lewkowski was snoring in her cot, exhausted, and a pair of bored seven-year-old eyes blinked at him from the hospital bed.

“Hey there,” Bradley whispered. “You up for company?”

Tommy nodded eagerly. “Yeah. What do you have tonight?”

The drugs always affected kids differently. Tommy had the worst of it in the evenings, when he’d get restless and was prone to making a fuss, which could set off half the floor. His parents traded off nights at the hospital so someone was always home with Tommy’s brother and sisters. Tommy had a clip-on book light and comic books for when he couldn’t settle down, but even with palliative care, the pain could be taxing on a kid.

If Bradley could be a distraction for a couple hours a night to let either parent rest, he considered it part of maintaining his patient’s overall health.

“How are you at Uno?” he asked conspiratorially, tucking himself in the visitor’s chair and ready to stay for a while. 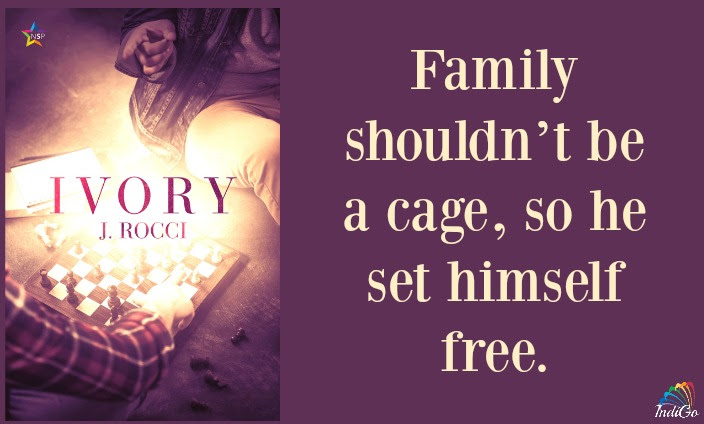 Since 2006, J. Rocci has published romance stories, ranging from contemporary to steampunk to fantasy. Rocci currently lives near Washington D.C. with the love of her life and their furry children, and loves giving her characters happy endings. When she’s not writing, she’s equally likely to be found out on the town or curled up at home with a good book.