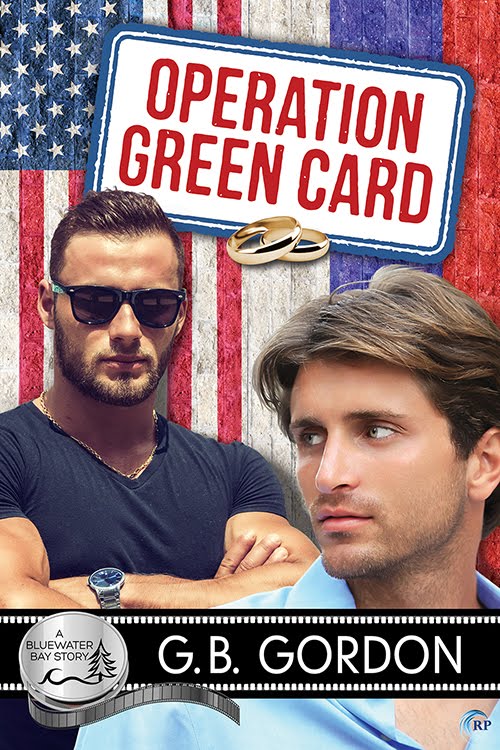 Arkady Izmaylov is a family man. He’s also gay. In Russia. His sister Natalya has been telling him to get out for years, but it’s only after an attack in the street that he finally concedes and says yes to her desperate plan of him marrying a stranger for a green card.

Jason Cooley was taught from birth that he’s no good to anyone. Then the military taught him he was good enough to save other lives, but that purpose got amputated along with his leg. He’s now working security at Wolf’s Landing and sending monthly checks to his ex for their daughter’s education. When Natalya asks him to marry her brother, Jason knows right away he’ll do it more for the mission than the money she’s offering. But when he actually meets Arkady, his mission turns complicated.

Jason quickly discovers he’s not as straight as he thought. He’s also the man of Arkady’s dreams. Arkady must convince Jason that he’s worth loving, and that Arkady won’t disappear from his life like everyone else. Because Arkady has always wanted a family of his own, and he’s not letting go of this one. Having lived in various parts of the world, Gordon is now happily ensconced in suburban Ontario with the best of all husbands.

To celebrate the release of Operation Green Card, one lucky winner will receive a $10 Riptide credit! Leave a comment with your contact info to enter the contest. Entries close at midnight, Eastern time, on December 16, 2017. Contest is NOT restricted to U.S. entries. Thanks for following the tour, and don’t forget to leave your contact info!