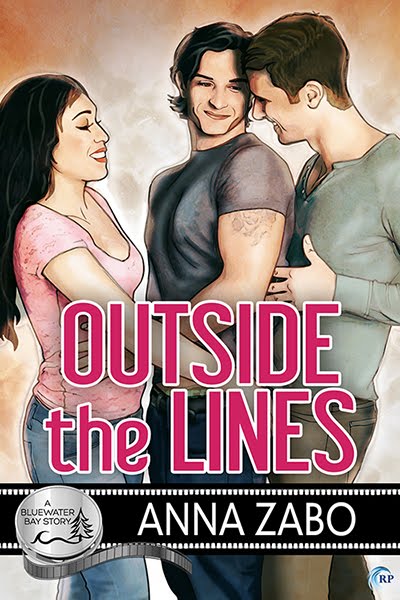 About Outside the Lines

Miniature artist Ian Meyers has one week to rebuild his damaged set. Needing help, he goes to End o’ Earth, the local comic and gaming shop. Owner Simon Derry pushes all of Ian’s buttons, and he also has steady hands and the skills Ian needs.

Ian’s all in, and it’s fantastic working with Simon to piece together his set and then take each other apart at night. His friendship with Lydia grows too. The only problem is, the more time he spends with Simon, the more he wants everything Simon already has with Lydia: A house. A cat. A commitment. So Ian runs, and shatters the trust he has with them both—right when they need him the most. Piecing their relationships back together might prove harder than a smashed set. 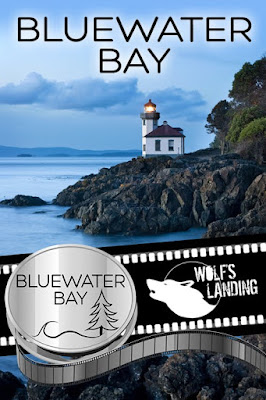 Anna’s Five Favorite Comic Books From Back in the Day

A great deal of Outside the Lines takes place in a comic and games shop, a place I used to dwell in quite frequently.

Back in high school and college, I used to collect comics, though I don’t so much now. I’d collect now, but given that I barely have time to read my massive TBR pile of books, I’m not sure if I’d actually read the comics I bought. However, hope springs eternal!

So, like a few of Simon and Lydia’s customers did at End o’ Earth, I’m gonna give you a list of what I read way back when that I LOVED and maybe people can recommend some new things to read?

So, you have to understand, I read this as it came out, not in graphic novel format. I don’t have all the issues (and sadly, I don’t have issue #1-I have #2 though!) but I have nearly the whole run.

I waited for a month between issues to find out what happened next and we ruminated and speculated. The whole story too several years to unfold, and there was nothing like it at the time, really. I was so taken by Morpheus’s tale and the Endless. Plus Desire made me itch because I wanted to be like them. There are some problematic things, yes, but overall, it was a damn good comic.

Another one I have so many early issues of. There was just something so compelling about John Constantine as both an anti-hero and a hero, and the supernatural darker magic elements were right up my alley. Which is strange, because I generally don’t like horror, but this comic was my jam.

(And as I write this, I think I figured out why Jordan Castillo Price’s Psycop series hooked me so deeply. Not the same, but similar in terms of the kind of magical paranormal horror I can handle.)

My absolute favorite of all the X-Men books. It had all my favorite X-Men, like Kitty Pryde and Nightcrawler and Rachel Summers—I loved the Rachel Summers incarnation of the Phoniex.  Also, Kitty had a pet dragon named Lockheed. I also liked the dynamic of it being set in Britain and the addition of Captain Britain and Meggan, who were interesting characters on their own.

The Adventures of Luther Arkwright
This comic. Dude...this comic. I don’t even know how to begin to describe this comic. It’s...well, it reminds me a lot of Michael Moorcock’s books in some respects but it’s certainly not a copy (and I am also not nearly the first to remark on that). It’s both historic and futuristic and magical and full of science fiction. It’s political and metaphysical.

Also Bryan Talbot is a glorious artist. There’s even an audio version with David Tennant playing the titular character.

This is a series that revolves around a ronin swordsman mostly set in Edo era Japan. Except all the people are replaced with anthropomorphic animals.  That description doesn’t do the series justice at all. Yes, Miyamoto Usagi is a rabbit, but the series is just wonderful and pays a great deal of homage to Japanese Cinema. (The creator and nearly sole illustrator is Stan Sakai, a Japanese-American comic artist, in case you’re worried about inappropriate Western ideas of Japan. Usagi might be a rabbit, but his story isn’t whitewashed.)

So there’s five comics I really enjoyed. Got any suggestions for me to check out?

Anna grew up in the wilds of suburban Philadelphia before returning to their ancestral homelands in Western Pennsylvania. As a child they were heartily disappointed to discover that they couldn’t grow up to be what they wanted (a boy, a cat, a dragon), so they settled on being themself whenever possible, which may be a combination of a boy, a cat, and a dragon. Or perhaps a girl, a knight, and a writer. Depends on whom you ask. They do have a penchant for colorful ties and may be hording a small collection of cufflinks.They can be easily plied with coffee.

To celebrate the release of Outside the Lines, one lucky winner will receive a $25 Riptide credit! Leave a comment with your contact info to enter the contest. Entries close at midnight, Eastern time, on December 23, 2017. Contest is NOT restricted to U.S. entries. Thanks for following the tour, and don’t forget to leave your contact info!