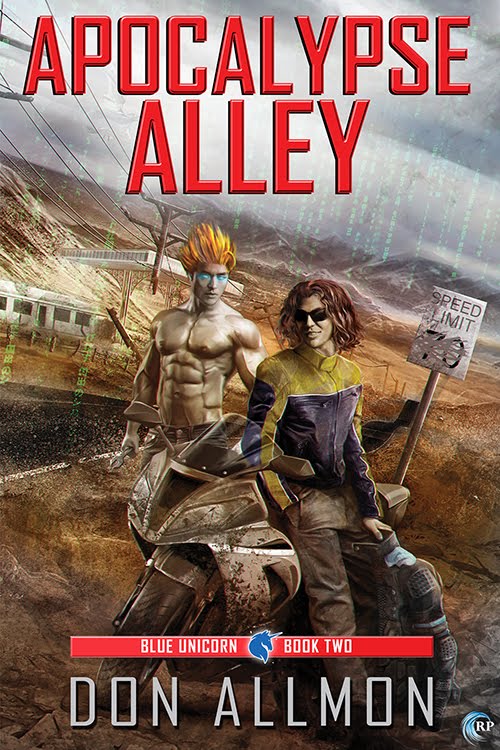 Hello, all! I’m Don Allmon and this week I’ll be touring the web to promote my new book, APOCALYPSE ALLEY, the second in the Blue Unicorn series.

If you’re looking for fast-paced cyberpunk/fantasy romance – Terminator 2 meets Fury Road with two sexy guys and a dragon – this is your jam.

Join in the fun by leaving a comment which enters you to win a Riptide gift card!

Home from a six-month assignment to war-torn East Asia, genetically engineered supersoldier Noah "Comet" Wu just wants to kick back, share a beer, and talk shit with his best friend, JT. But JT's home has been shot up like a war zone, and his friend has gone missing.

Comet's only lead is a smart-mouthed criminal he finds amid the mess. His name's Buzz Howdy. He's a con man and a hacker and deserves to be in jail. Or in handcuffs, at least. The only thing the two have in common is JT. Unless you count the steamy glances they're sneaking at one another. They have those in common too. But that just makes Comet all the more wary.

Despite their mutual distrust, they'll have to work together to rescue JT before a cyborg assassin gets to him first. Racing down a miserable stretch of road called Apocalypse Alley, they must dodge radioactive spiders, a killer Buick, and rampaging cannibals. They also try to dodge each other. That last bit doesn't work out so well. 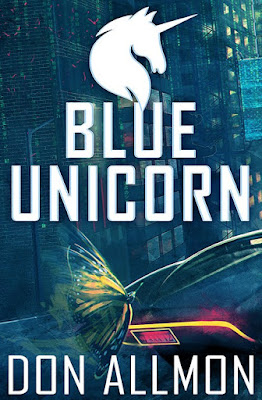 Check out the Blue Unicorn universe!

To celebrate the release of Apocalypse Alley, one lucky winner will receive a $20 Riptide credit! Leave a comment with your contact info to enter the contest. Entries close at midnight, Eastern time, on March 3, 2018. Contest is NOT restricted to U.S. entries. Thanks for following the tour, and don’t forget to leave your contact info!