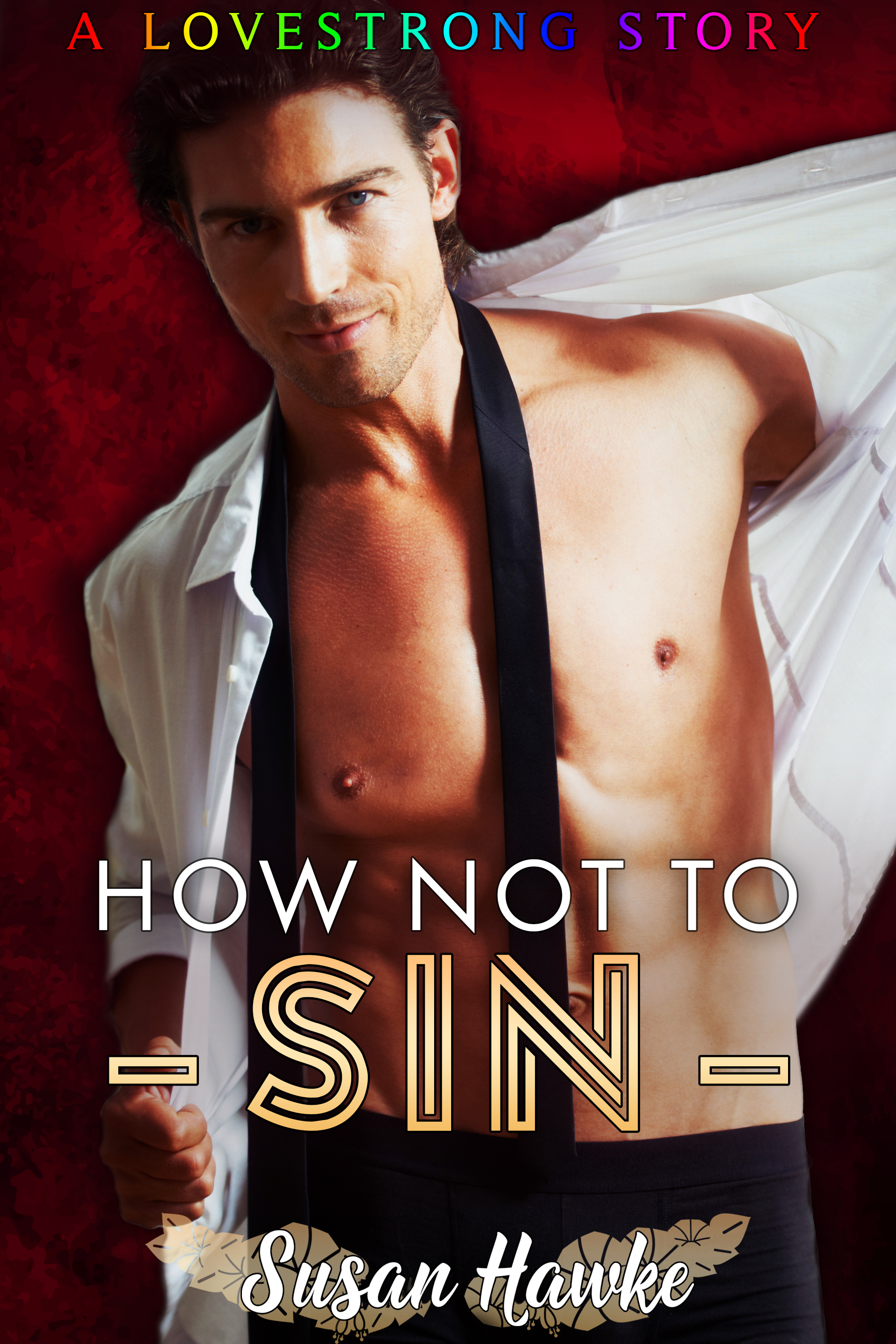 One regular guy who happens to be a preacher…

Reverend Dr. Gabe Samson doesn’t think he’s better than any of the people in his church, so please don’t put him on a pedestal. While he’s never hidden the fact that he identifies as bisexual, he’s never acted on it either. Gabe isn’t happy to learn that the sole reason he was hired to pastor the LGBT-friendly church was that the ruling elders wanted a safe poster child for inclusivity—in other words, they wanted the rainbow flag without letting it fly.

Seth Thomas owns Holistic Healing, a metaphysical shop and yoga studio. He’s never really been a relationship kinda guy, but only because he hasn’t met the right man yet. Seth is laid back and goes with the flow. When fate drops a hot preacher in his lap, why wouldn’t he accept the gift?

Equals a pair of men who click from the start.

The two men find it almost too easy to get together, especially Gabe, who is fully embracing his bi side for the first time. Nothing in life is simple though. While Gabe and Seth are busy falling in love, they face an anti-gay hate group, a divided church, and a ruling elder who is hell-bent on sowing discord. Between Gabe’s patient wisdom and Seth’s snark, the pair fight the growing drama with the strongest weapons in their arsenal: love and humor.

This is the third book in the LOVESTRONG series about finding love and being yourself in a small town, and the third in series. Intended only for 18+ readers, this is an mm romance full of all the fun, fluff, and feels you’d want from an S. Hawke book. Note: This isn’t a trigger warning, but please be prepared for a few instances of ignorance and hate speech, and mentions of violence. This is a romance, not a sermon—but please keep in mind that the main character is a pastor dealing with real-life issues in his church and these truths are reflected in Gabe. 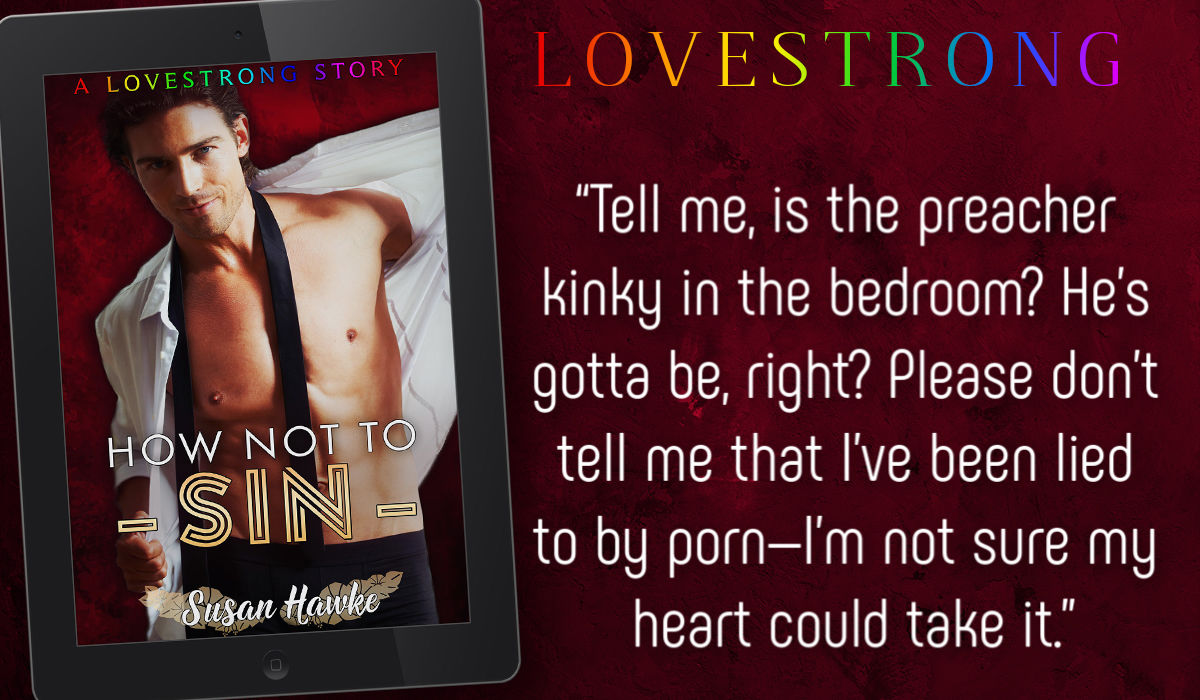 "Come on, you know you want to try it." Gabe's eyes danced as he tried to get me to take a bite of his Rocky Mountain oysters. "Are you really going to sit there and pretend you're not adventurous enough to take just one itsy bitsy taste?" His fork danced in front of my mouth, as if he were trying to tempt a baby into taking a bite.

"It's not a matter of being adventurous so much as solidarity. A bro just doesn't eat another dude's balls—at least, not like this. Trust me, preach. There are far more fun and less gory ways to enjoy your ball-eating fetish." I shuddered dramatically as I leaned my head back and to the side while I batted at his hand to push it away.

Gabe snorted then brought the fork to his mouth and made a big show of pulling the meat from the fork with his teeth. His moans were almost pornographic, especially when combined with the total sex face he was making—complete with his eyes rolling back into his head while his lashes fluttered like crazy.

"You do know that people are staring, right? You're like that chick in that movie, you know the one… where that chick's faking an orgasm in the middle of a crowded diner?" I thought for a second, trying to remember. Once I got Meg Ryan's face in my mind, I was able to recall the movie. "When Harry Met Sally. Yeah, you're totally pulling a Sally."

He took a moment to casually blot his lips with a napkin before leaning forward with a raised brow. "Were they staring at me, though? Really? Or was it maybe the look on your face while you watched that caught their eyes, hmm?"

I shifted in my seat, trying to ignore the sudden tightness in my pants. "Definitely you. I guarantee you that I wasn't looking turned on while I watched you nosh on testicles." I pointed to the side of his mouth. "You’ve got a little sauce right there that your napkin missed."

My pants grew a little tighter when that tongue darted from the side of his mouth to lick it away. I shook my head. "Nope, a little down and to the left." I couldn't help but grin at the facial contortions he was making as he tried to get rid of it. Shaking my head, I reached over the table with my own napkin and wiped his cheek.

Note to self: don't wear skinny jeans when going on a date with a sexy clergyman.

Pulling my hand back, I made a show of rolling my eyes. "I hope you enjoyed that, Pastor Babe. After watching you eat that foul food, I'm pretty sure that's the only part of my body you'll be kissing tonight."

A corner of Gabe’s mouth twitched as his eyebrows shot up. "Are you really talking about kissing body parts in the middle of dinner? Shame, shame, Seth. I'm starting to think I can't take you anywhere. Although, as first dates go? This is definitely one for the record books."