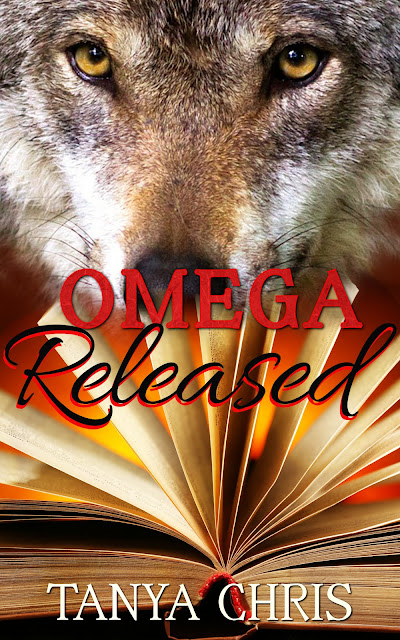 Omega Released is the third book in the Omega Reimagined series, each of which can be read as a standalone,

Growing up in the Hinterlands hasn’t prepared Benjy for life in North Leland where the alphas grow to an alarming size and he’s expected to get a job. He’s never been farther than running distance from his den until the morning his father drops him off in the city to be claimed by the first alpha who‘ll have him. Of all the things Benjy isn’t prepared for, finding his own mate is at the top of the list.

Fortunately, JT has all that covered—a bed to sleep in, a job at the library he’s in the process of opening, even matchmaking services. There might be wolves in North Leland who disapprove of JT’s wild omega ways, but he knows all the hottest alphas and he for sure knows how to take care of himself. He can take care of Benjy too, even when Benjy goes into his first heat. But could any of North Leland’s alphas really be good enough for his precious potato?

As the library takes shape, Benjy makes friends and settles into life in North Leland, but he’s not getting any closer to picking out an alpha. Why would he want to when JT gives him everything he needs, including a very special sort of knot? But it takes an inconveniently timed heat and a predatory alpha to make Benjy realize who he really wants for a mate.

Omega Released is a sexy omega/omega love story. Please note that this is not an MPREG universe. No MPREG occurs in this story or any Omega Reimagined stories.

“Angel and suspect me of having designs on you, which I won’t deny, but I’m to keep my hands to myself and not ogle you or flirt with you and be in all ways thoroughly respectful.” JT rolled his eyes.
“Was that respectful?” Benjy felt OK teasing because JT sounded like he was teasing too.
“No, but I was disrespecting Angel and Ryker, not you.”
“Prince Angel.” Speaking of being disrespectful. They didn’t pay much attention to Northern Pack royalty in the Hinterlands, but a prince was a prince.
“He’d rather be called Angel. And anyway, he’s not the crown prince. That honor goes to a heinous toad named Devin, who I have strict orders to keep you away from because he absolutely will take advantage of you given half an opportunity whereas I—” JT raised his hands with an innocent smile “—will keep my hands to myself unless you consent to be touched. Or ogled,” JT added with a wink which definitely broke the no-flirting rule.
Benjy didn’t mind. There couldn’t be any harm in being admired by another omega, and JT’s warm regard made him hot all the way through as if the sun had taken up residence in his chest.
“It’s OK if you want.” He tried to say it as though it didn’t make any difference to him one way or the other, but he was gratified when JT immediately took it as permission to pull him into a hug. What remained of Benjy’s apple was caught between them by the unexpected gesture.
“Well, thank the pink bunny in the sky,” JT said as he set Benjy away from him faster than Benjy had had a chance to enjoy being up against him. “Because I might be able to stop myself from touching you if you were dead set against it, but looking? How could I not?”
“I’m not so much to look at.” He tossed the apple core into a compost bin and tried to clean the sticky splotch it’d left on his chest by licking his fingers and rubbing them over it.
“Great leaping elk, I already know they don’t have libraries in the Hinterlands, but don’t they have mirrors?”
They did, though probably not so many nor so large as JT was accustomed to, but Benjy didn’t say that because he’d already come off as too deep-woods once.
“You only have to look at yourself to see how extraordinary you are,” JT insisted as he watched Benjy attempt to clean himself like a cat. “Your eyes are so silver I’d never need a mirror myself if I had you for company, and your hair is made of spun spider silk.”
“Only we all look that way back home,” he admitted, sorry to ruin JT’s good impression of him. “Do they all look like you where you’re from?”
JT’s eyes were a tawny gold and his hair was a million shades to match them, each strand painted its own color, one as yellow as butterfly wings and the next as bronze as cherry tree bark. The light ones caught the sun and the dark ones formed tempting shadows—so much more interesting than the bland uniformity of his own silver hair. JT’s skin had warmer and cooler spots too, so that his eyes loomed out of smoky brown shadows, but the bright spots of his cheeks gleamed like fool’s gold.
“You’re so beautiful.” He raised a hand up to trace one of the dusky swoops that outlined JT’s eyebrows but stopped himself short. “I shouldn’t touch you either, I guess.”
“But I give you permission to. I give you permission to touch me anywhere.” 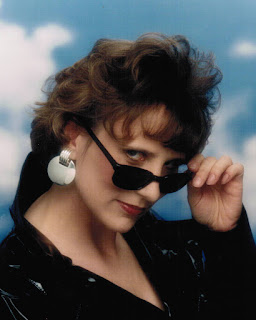 Tanya lives in New England with her partner and has participated in many of the activities about which she writes, but not all of them. It's left to the reader to decide which are which.