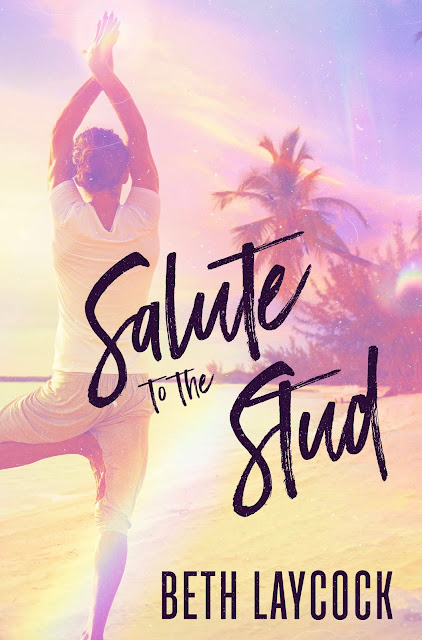 Salute to the Stud by Beth Laycock 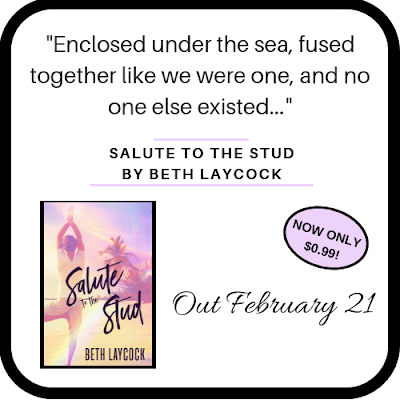 Jasper is licking his wounds in paradise after being dumped, according to his ex, for someone more adventurous. The romantic Hawaiian getaway for two he booked hadn’t featured his sister as his plus one, but sometimes real life sucks.
For the two weeks he’s there his plans include hot dates with a sun lounger and working his way through the local craft beers. Nothing more.
Until he receives a sext from a wrong number. A mystery yoga instructor offering a private session to teach him the plow, and maybe even get plowed. Jasper’s never had a hookup with anyone before, but perhaps it’s time to prove his ex wrong.
One night with Tamal, no matter how hot it is, isn’t enough, yet that doesn’t change the fact this thing between them can’t last. Because time is running out. Jasper has to leave, has to return to London and real life.

I had talked myself in then out of meeting up a thousand times. Then back in, because I wanted to see Tamal again – more than I probably should. But then the thought of seeing him again – of what we might do – had my breaths coming far too quickly and my skin itched like it had been stretched too thin. I knew nothing about the man I was meeting apart from the yoga and plowing bit if Tamal and the sexter were one and the same person. If they were then I was worrying unnecessarily because Tamal had been... A sigh escaped as the word 'everything' flittered through my mind. Stupid, getting carried away, and I
didn't know what to wear. What if Tamal expected to give me an actual yoga lesson? What if I'd misunderstood the whole conversation?
My sister texted me to let me know she was having a great time at the waterfalls. So I texted her I was going out for a wander down the beach and would see he in the morning. Not a complete lie but not the whole truth. But some things my sister didn't need to know.
My bare feet sank into the sand as I strolled along the water's edge. The waves crept up the beach and lapped at my feet. Goosebumps erupted up my legs, the water cool now the sun had disappeared. The tops of the waves glinted where the moonlight caught them, and a few stars twinkled like they were winking at me and in on my secret. The further I wandered the
quieter the sounds of the hotel became, to be replaced by the quiet rush of the sea and the high-pitched whistle of the frogs calling to each other that I still hadn't got used to. Once I passed the bar lounge, there was nothing but palm trees and beach until the sand disappeared beneath a stretch of rocks. I climbed over them to find a single wooden shack with a coconut-style thatched roof, and the only thing visible in the secluded cove. If it hadn't been for the window that glowed brightly against the inky night sky I'd have thought it was abandoned.


I hesitated. In or out? Told myself it was like a gay rite of passage – had to have at least one hookup in my dating life. And I wanted to see Tamal again. Fuck it. I strode up the beach like I owned the goddamned place. Like I would have done before Sam. Fake it till you make it, right? 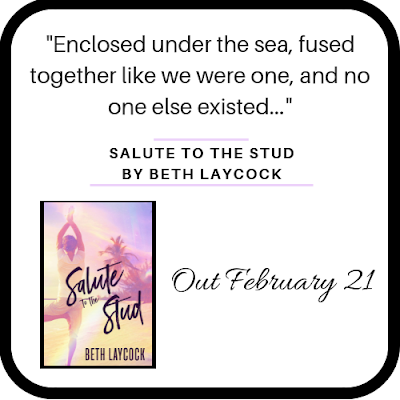 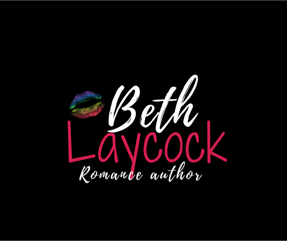 Beth Laycock’s books are influenced by her time living overseas as well as the gritty, urban landscape of the north of England where she grew up. She has been reading romance since she was old enough to tell herself that line every book lover does—just one more chapter.
As a teenager, she attempted to write her first novel, and many more since then are still gathering dust on her bookshelf. It wasn’t until she discovered the M/M genre that her muse showed up and refused to quit telling her stories about beautiful men finding love together. She hasn’t stopped scribbling them down since. Beth’s muse usually shows up when she is in the shower, is allergic to cleaning, rarely lets her watch TV, and insists she drinks copious amounts of coffee so she can turn caffeine into words.
When not writing or reading, Beth can be found procrastinating on social media or being dragged around the English countryside by her dog Freddie.
Author links: