Going To The Chapel: Don't Ask by J.J. Massa - Cover Reveal with Giveaway 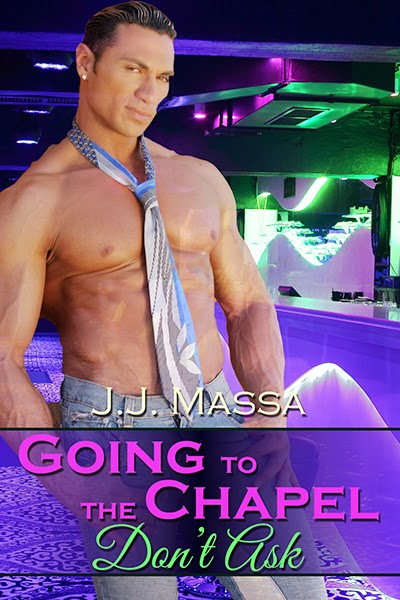 Captain Zachary Smith had long suspected he was gay. Still, he could ignore that in the face of his career. He was a military man--a lifer. Everything was fine until a certain inscrutable FBI agent trampled all over Zack’s personal Don’t Ask policy.

Previously published by Torquere as part of the Going to the Chapel anthology.

Excerpt:
Captain Zachary Smith bit back a groan when he saw the man seated in front of his colonel’s desk. It was his nemesis, his secret crush. His face serious and otherwise expressionless, he did his best to pretend that he was alone in the room, listening to a recording.
“Rest, Captain,” barked his commander, Colonel Marshall. Zack dropped his salute to clasp his hands behind his back, eyes fixed on an invisible point above the colonel’s head. “Mr. Thayer has need of your services once again,” the senior officer went on. Zack fought the urge to cringe or to look at the third man.
Federal Agent Falk Thayer lounged easily in his chair, seemingly unaffected by the scene playing out in front of him. He’d come in and announced his needs. The ranking officer had listened and offered him provision. Zack had an emotional price to pay, but Falk was apparently unmoved by it.
“Captain,” growled Colonel Marshall, “Federal Agent Thayer will require your cooperation regarding the Pavarato case.” The older man nodded toward a beige folder resting on the corner of his desk. “I expect you to assist fully with his investigation.”
“Yes, sir. Of course, sir,” Zack rapped back, focused entirely on his superior officer.
“That will be all, Captain.” The colonel nodded sharply. “You are excused. Make yourself available to Agent Thayer,” he ordered.
“Yes, sir,” Zack affirmed, turning sharply. Without even a quick look toward Falk Thayer, he left the room.
***
“Coffee, Penelope, would you please?” Zack asked as he passed his secretary’s desk.
Though she was an Army sergeant, Penelope Raines preferred not to stand on ceremony. They’d been instant friends since their first meeting, and he didn’t doubt that she knew most of his secrets. He'd told her half of them, and she’d likely guessed the rest. When others were present, they maintained a formal relationship; otherwise, they were relaxed with each other.
“Coming up, Z.” She aimed a commiserating smile his way, turning toward the break room.
He strode into his small office and kicked the door closed behind him. Groaning, he collapsed into his office chair, his face sinking into his crossed arms resting upon his desk.
Moments later, when the door creaked open, he didn’t look up. The scent of strong coffee tickled his nose telling him that Penelope hadn’t let him down.
“Just put it on the desk, Pen,” he said into his forearm. “Hey, d’me a f’vr?” he mumbled, lifting his head a fraction of an inch, “Gimme the Pavarato file ‘n lemme know when Ag'nt Thayer heads this way.” He dropped his head back into the crook of his arm, wondering when his luck would improve.
He heard the sound of the cup landing on his desk, but Penelope didn’t leave. He didn’t stir for a moment until, after several long seconds, still without looking up, he mumbled, “Pen? You need something else?”
“I was coming in anyway, Smith,” Agent Thayer’s smooth tenor answered, amusement thick in his voice.
Zack shot to his feet, nearly knocking over his chair. Automatically, he snapped to attention, groaning inside when he realized he’d done it. He heard the other man’s chuckle and reached for his coffee, nonchalantly taking it from the corner of his desk, hoping to hide his embarrassment.
“Now, what kind of a good soldier gets caught unaware like this?” Falk mused, causing a hot blush to sweep up and burn Zack’s cheeks.
“I, I, um, you…” he stammered, feeling like a fool. Sucking in a deep breath, he stood up straight. He was six feet and two inches tall, muscular and attractive, and he knew how to use it to his best advantage. Why wouldn’t it work on Agent Falk Thayer? “I wasn’t expecting you to just walk in,” he objected, carefully sipped at the strong brew.
“I didn’t ‘just walk in,’” the other man told him calmly. “I stopped at your secretary’s desk. She had your coffee.” He nodded toward the liquid crutch cupped in Zack’s hands.
Zack couldn’t understand it. Falk Thayer had medium brown hair, medium brown eyes, and regular features. The other man was easily four inches shorter than he was. How he could be so unremarkable and so intimidating at the same time, Zack just didn’t know. But he was.
“Um, yeah,” Zack looked away and took another deliberate sip of coffee. “Well, what is it you want me to do?” he asked grudgingly.

These things—author biographies—always give me trouble. Should I say I’m a single female over forty? Or would you rather know that I began writing professionally a bit over a decade ago? It’s safe to say I’m a dreamer. I love learning about people and exploring emotions. Every story is a journey, sometimes a wild ride, other times cray trip. Can you tell that I love to travel? I share my home with two cats and two birds. One of the cats is an aggressive young lady who moved in downstairs. My middle-aged guy isn’t sure if he wants to run from her or to her. I’ll let you know if a romance develops there. The birds are taking bets. 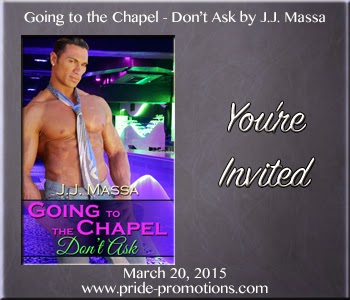