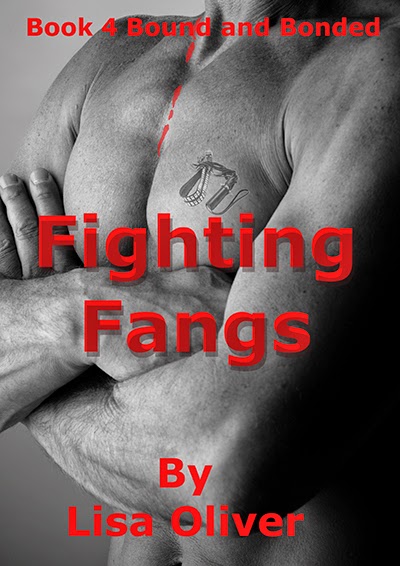 Devin is a five hundred year old vampire who has been searching for his one and only for the longest time. Working as a house sub at Whips was fine until one Master over steps his boundaries and Devin is left with time on his hands.

Deciding on a whim to track down the delicious wolf shifter he had smelled at the club, Devin soon tracks down Ace...and then promptly wishes he hadn't. Ace is a wolfist and refuses to accept Devin as his mate.

Misunderstandings are just one hurdle these two need to overcome, if they are ever to have their HEA.  The enforcers from the Washington Pack are still looking for Ace, and when they find him it might prove the end for both Devin and Ace.

“This is not a scene. Not this time. This is us, together. Mate. Amatus. No rules. No restrictions. Just two men who will be together for a lifetime.”

Devin’s eyes flashed a brilliant red, the sight almost shocking Ace with its intensity and then it was gone just as quickly.

“I want that,” Devin said softly, as his hands came up from where they had been resting on the bed and gripped Ace’s biceps. “I want that a lot,” his voice finishing on a growl that set Ace’s wolf on edge as though not sure whether to challenge or submit. But that growl left Ace in no doubt that the man underneath him was as much a predator as he was.

Lisa loves to hear from her readers and other writers.  You can friend her on Facebook here, or email her directly at yoursintuitively@gmail.com.


Q & A with author Lisa Oliver

Wicked Faerie's - Do you have a favorite character? Either one of your own or one someone else has written.  Who are they and why?

Lisa Oliver - Hello and thank you for hosting me on your blog today.  Boy, you know how to ask the hard questions, don’t you?  I read two to three books every day, and have dozens of characters that make me wish I could meet them in real life.  My favorite character, out of all that I have written, is Griff, from the Cloverleah Pack series.  He is big, strong, and yet he has such a laid back attitude about life.  He loves his mate (Diablo) with his whole heart and is not afraid to show it.  He could have been the Alpha of the pack, but he chose to stand behind his cousin Kane instead, and I think that shows a lot of character.  I adore him.

WF - What is the hardest type of scene for you to write?  What’s the easiest?

LO - I am a lover, not a fighter. In fact I hate confrontation of all kinds, and that is reflected in my writing.  I have trouble writing action scenes where fighting is involved.  I write about wolf shifters, so fighting is inevitable, but I can write a verbal argument far more easily than describing a fight scene.
The easiest scenes for me are the dialogue between my two MCs.  This applies in any of my books.  I can picture the conversation in my head, I can feel what the characters are feeling and that just makes the words flow.

WF - When you are not writing are you a reader or a TV/Movie watcher?  What is your current book or TV show addiction?

LO - I am a reader.  Sure I have the television on in my office, more for company than anything else, but my leisure pleasure comes from reading.  At the moment I am going through a Gabrielle Evans phase, and am churning through her books at a rate of knots. She writes MM paranormal books too, so it’s a great match for me.

WF - Do you stick with a routine when you are writing? Or are you more of a fly by the seat of your pants writer?

LO - I have a daily routine, which includes writing and reading every single day.  But in my work I am definitely a seat of my pants type of story writer.  It is funny because often my readers will ask me about what is going to happen in the next book in a series, and I have to fudge my answers, because I really won’t know until the book is finished.

WF - Is there a genre in M/M stories that you’d like to write in, but haven’t yet?  Do you think you ever will?

LO - There are two actually – aliens and mythical gods.  I love reading those type of books, and often have glimmers of ideas about how I would go about writing a story with either of those two types of characters.  But I have only been writing fiction for about eighteen months, and I have a lot to learn yet about world building and things like that.  I will get to them though, simply because the beautiful men I see in my head just won’t leave me alone. 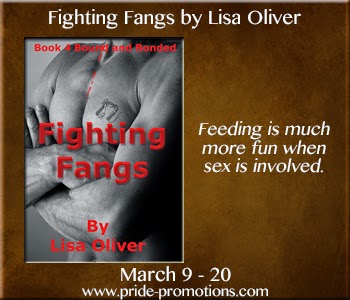 18-Mar
Wake Up Your Wild Side