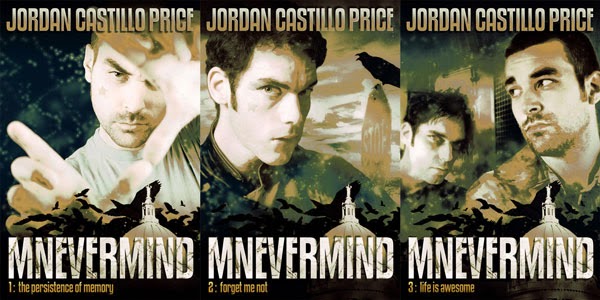 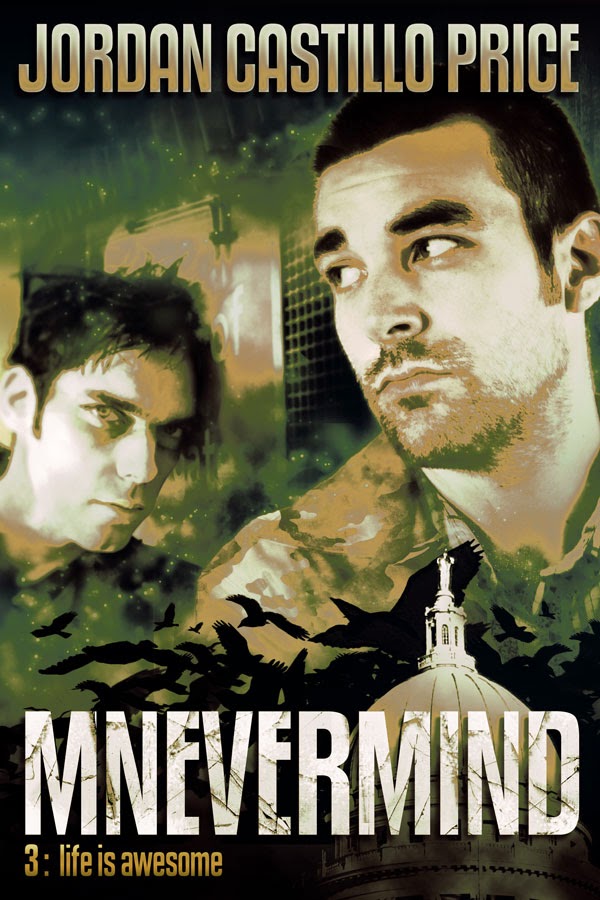 Daniel Schroeder wants nothing more than to repair his father’s broken memories, but it’s been a long time since he’s thought of himself as a memorysmith. Even though convincing Big Dan of their current reality is the most painful task Daniel faces every morning, somehow life manages to prevent him from finding a cure. He needs to keep their family business running. And he needs to moonlight at a competitor’s shop to keep all his employees paid. Or maybe he’s just trying to keep himself from exacerbating the situation.

A year ago, Daniel would have presumed he was clever enough to memorysmith his way out of their predicament, but nowadays he’s not so cavalier. Playing with people’s memories shouldn’t be taken lightly, and things can always get worse. Even with the help of some of the best minds in the business, Daniel still isn’t sure how to navigate his way out of the persistent false memory that’s crippled his life. Is new programming the answer? Better gear? More money? Or is time the only thing that can heal Big Dan’s memories…if they can even be fixed at all.

What Daniel needs most is some breathing room, and Elijah Crowe is eager to provide it. Since he’s smitten with Daniel, Elijah is determined to prove himself—and he’s more than qualified to clear Daniel’s schedule by taking over some duties at Adventuretech. With the support of his new boyfriend, possibilities begin to open up for Daniel, hints of things he hasn’t even realized he’d stopped hoping for: the contentment of a harmonious family, the fulfillment of his creative expression, and a chance for a relationship with a man he loves.

This book completes the Mnevermind Trilogy. 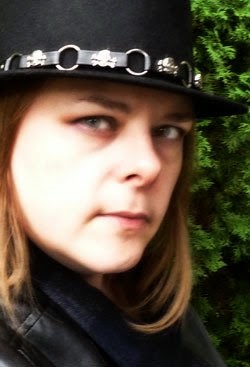 Author and artist Jordan Castillo Price writes paranormal thrillers colored by her time in the midwest, from inner city Chicago, to small town Wisconsin, to liberal Madison. Her influences include Ouija boards, Return of the Living Dead, "light as a feather, stiff as a board," and boys in eyeliner.

Jordan is best known as the author of the PsyCop series, an unfolding tale of paranormal mystery and suspense starring Victor Bayne, a gay medium who's plagued by ghostly visitations. Also check out her new series, Mnevermind, where memories are made...one client at a time.

JCP can be found at:

Last summer at GenCon, I heard an author talk about the month he wrote two novels, one during his mornings and one during his evenings. This made sense to me in theory, since it seems to me my brain is very different at different times of the day. First thing in the morning is when I get all my good writing done. After those first few golden hours, I switch gears, pop over to the gym, then do administrative work and errands. As the day progresses, I take on more visual tasks. I look for stock photos or good fonts. I put in my continuing ed on Photoshop—I have been using the program since 1999 and I continue to train about three hours per week, or more if I’m really digging a course. I work on cover art, if I have cover art to do. And once my working brain is pretty well used up, I might watch a little TV or read before bed.

In my fantasy world, the writing of a morning novel and an evening novel was totally doable. How cool would it be to have an extra novel or two in my roster at the end of the year? Maybe I could even take some kind of vacation if I got that far ahead! I could shuffle around the other crap I normally do at night, no problem. But when I really started thinking about shifting gears and working simultaneously on two written projects, my beloved brain said, “Are you high?”

I imagine it’s like method acting. When I write a novel, a piece of me becomes the protagonist. Not always in an obvious way. If I’m writing a PsyCop novel, my inner narrative gets bitchier, and I take more notice of all the food I drop on myself. When I was working on Channeling Morpheus, particularly the Michael-narrated books, I got more intense. And when I wrote Magic Mansion, the words bubbled out because I felt like a pro who was totally up to the challenge.

So how did writing Mnevermind feel? It was a rough ride. Books 1 and 3 are from Daniel Schroeder’s point of view. I put him ruthlessly and repeatedly through the grinder, made him stressed and depressed. And of all my characters, he’s the one who is most transparently like me. We’re the same age, we’re both overeducated and full of hubris, we’re both workaholic entrepreneurs. Heck, we even live a few miles away from each other. Maybe with all these similarities, the shift into Daniel-mind is kind of subtle. But subtle or not, it ran so deep that I couldn’t even consider starting an evening story. How could I possibly manage? The idea of attempting to push a button and have my brain allow me to “be” someone different for a few hours, then switch back to Daniel in the morning, was actually upsetting.

Being Elijah Crowe for book 2 was a lot more fun. Elijah is on the autism spectrum, so during the year I was in his head there was a little Jerry Seinfeld style monologue running, observing all the things that the majority of folks take for granted and determining that people have a lot of weird expressions, and society expects us to do a lot of illogical crap. Also, it felt really good to flap my hands when my energy was tangled up inside.

I wonder if this beingness resonates with readers? If I’ve done my job right, it does. That feeling of “can’t stop reading” and “must know what happens” will only transpire when we’re deeply identifying with the characters, when their problems feel like our problems, and when their triumphs feel like our triumphs.

It felt really satisfying to let Daniel and Elijah finally earn and enjoy their triumphs with this last book, which completes the Mnevermind Trilogy. Hopefully you’ll feel the urge to celebrate with them too!

There is additional info, links, cover art, author bio and blurbs at http://jordancastilloprice.com/mnevermind-press