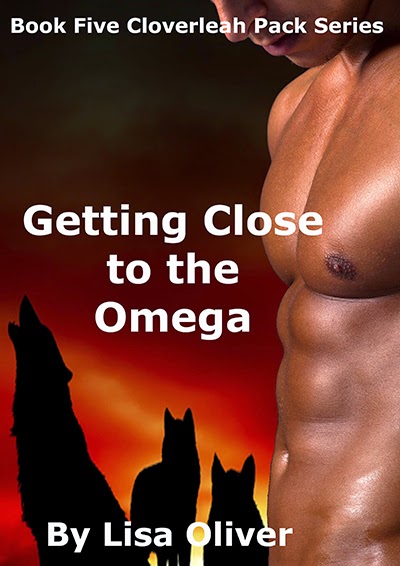 Book Five - Cloverleah Pack Series
Can be read as a standalone.

Dean Weir has finally found happiness in his position as Omega wolf of the Cloverleah pack. He has his friends, his work and his art and he has never looked for anything else. Badly abused by his ex-home pack and Alpha, Dean keeps his head down and stays out of trouble. That is, until his mate joins the pack.

Matthew Charmichael is over a hundred years old and has been a lone wolf for longer than he can remember. Joining the Cloverleah pack after he heard they were having trouble with another wolf shifter, Matthew is overjoyed to find his mate is the cute little Omega of the small pack. But Dean's past, and the constant attacks on the pack from the mysterious Kylan, could mean that Matthew and Dean won't get their HEA after all. Can Dean overcome his past, and embrace the powers that a claimed Omega is purported to have, or will his ex-pack kill him before he and Matthew have a chance.

Warning: This is a love story between two male wolf shifters. It includes graphic depictions of sex between men as well as some violence and coarse language. Historical abuse themes are referred to, but not described.

“You matter to me,” Matthew said. “One day you will share your personal horrors with me, purely and simply because eventually we won’t have any secrets from each other. You will trust that I am strong enough to handle it, and that I will comfort you when you need me to. Those things come with time.” Matthew lifted his arms, encouraging Dean’s hands to come back up to his shoulders. As though he couldn’t get enough, Dean went back to tracing Matthew’s collar bone.

Matthew swallowed a moan and forced himself to keep speaking.  “But right now, in this moment, I need you to know, that to me, any scars you have are a testament to your strength and ability to survive. And you have no idea how thankful I am that you did survive and that you feel comfortable enough with me to sit here and touch me like this.”

“You make me calm, like I have found my center,” Dean explained. “I don’t know why, but when I’m around you I don’t have any fear, of anything.” He looked up and Matthew was blasted by the pure need in Dean’s eyes. “Could you, would you mind maybe kissing me again, please?”

“As often as you like,” Matthew promised as he leaned over and carefully brushed his lips over Dean’s mouth.

Lisa loves to hear from her readers and other writers.  You can friend her on Facebook here, or email her directly at yoursintuitively@gmail.com.

Hello and thank you for hosting me on my blog tour for Getting Close to the Omega, book five of the Cloverleah Pack.  Below, please find ten things you didn’t know about me.

1. My readers know that I am addicted to chocolate, but what they didn’t know was that I got my addiction from eating a large bar of chocolate every day when I got my first job in an office more than thirty years ago.  I still eat chocolate every single day, just not nearly as much.

2. My other addiction is tea – weak, Dilmah brand, with milk and five sugars. (It’s a big cup).  To lose weight last year I cut down the number of cups of tea I have in a day by half and lost 20kg.

3. I have to be sedated to go to the dentist, which is a real nuisance because I want to get my teeth fixed.

4. My daughter, Holly, was originally going to be called Rachel.  But at the moment of her birth, my father, who was waiting outside, told me that she had brought her name with her, and she has been Holly ever since.

5. I bought my car, a black XJ6 jaguar, with the royalties from Book 1 of the Cloverleah pack – The Reluctant Wolf.  I plan to have a wolf airbrushed on the side, running.

6. I have a wolf tattoo on my arm and a dragon tattoo on my leg.  That isn’t unusual in itself, but I didn’t get my first tattoo until I was 48 years old.

7. My faithful companion is my little dog, Lulu.  She sleeps in a Lazyboy recliner next to my office desk and hassles me if I forget to take her for a walk.

8. I am a domestic abuse survivor and my first ever non-fiction book was written about how people can help their loved ones who are in a DV relationship (Invisible Bars: Why women won’t leave).

9. I spend far more time than my family think is good for me, thinking about hot men and all of the delicious things they get up to.

10. Although my writing contributed to the end of my marriage, I still strongly believe in the love that I write about and hope that one day, I will get to find the same for myself. 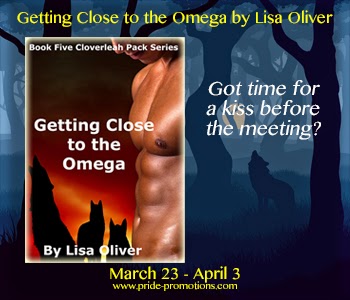 Rafflecopter Prize: E-copy of ‘Getting Close to the Omega’