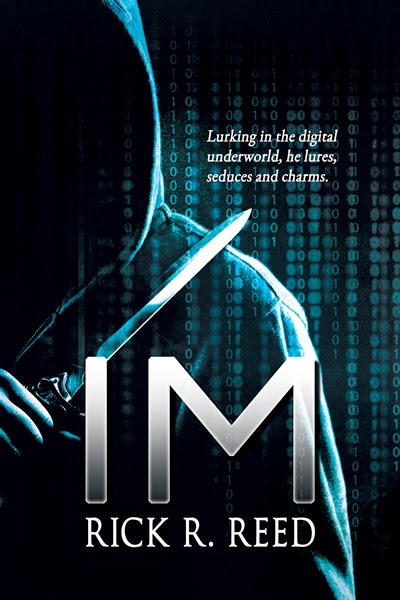 The Internet is the new meat market for gay men. Now a killer is turning the meat market into a meat wagon.

One by one, he’s killing them. Lurking in the digital underworld of Men4HookUpNow.com, he lures, seduces, and charms, reaching out through instant messages to the unwary. When the first body surfaces, openly gay Chicago Police Department detective Ed Comparetto is called in to investigate. At the scene, the young man who discovered the body tells him the story of how he found his friend. But did this witness play a bigger role in the murder than he’s letting on?

For Comparetto, this encounter is the beginning of a nightmare—because this witness did more than just show up at the scene of the crime; he set the scene.

Excerpt:
Lake Shore Drive at night has its own excitement, especially when one is hurtling toward a rendezvous with an unknown destiny. On one side of my car, Lake Michigan bears silent witness to the streams of traffic heading north and south, headlights like glowing insect eyes piercing the night. The other side of the highway is crowded with high-rises, their glass, chrome, and concrete rising into the sky, hives of activity within, quiet sentinels without.

I have a cold bottle of Samuel Adams between my legs, a Marlboro burning in the ashtray. Normally, beer and cigarettes are not my vices. I care about my health, you see. But these are props, the same as the deeper-pitched voice I use, same as my word choices, which are much less sophisticated than someone with an MA in English from the University of Chicago. The beer and cigarettes are part of my costume. Tonight I wear faded, ragged Levi’s 501s, the crotch faded, the buttons moving in an inverted question mark, emphasizing the bulge in my crotch.
When did gay men turn into no-charge prostitutes? Has it always been this way?
Whatever. I’m also wearing a Bulls T-shirt, the sleeves cut off raggedly, the neck cut low.
I take a swig of the beer, letting its cold bitterness snake down my throat, and turn up the tape player. Ironic. Leonard Cohen is singing, “Ain’t No Cure for Love.”

I press down on the gas; ahead is my exit: Irving Park Road.

When I arrive, I see the apartment is a red brick six flat, identical to others all over the city. I ring the buzzer, and the guy doesn’t even bother to ask who it is. No difference. We never exchanged names anyway.

Trudging up the stairs, waiting for the shotgun-cocking sound of a lock being turned, a chain sliding back into place. Someone waits to admit me. Someone I don’t even know.

What a friendly world this is.

A door opens above.

I round the bend and I see him. Nothing like his description, but who expected different? I am nothing like what I told him. No matter. As long as you’re male and reasonably young and acceptable, you’re in.

The guy has a good body, and his lips curl into a grin as I head toward him, dragging on my Marlboro. He’s wearing a pair of black bikini briefs. His moment of glory, this is what he’s worked for all those long hours at the gym. Finally someone to appreciate the shaved and defined pecs, the smooth washboard belly, the bulging biceps I just know he will somehow maneuver to flex for me.

But he’s much older than what I had expected. Midforties probably. His reddish-brown hair is thinning, and the blue eyes are framed by crow’s feet. A bottle of “eye-revitalizing” cream is in his medicine cabinet, I bet. The goatee, a desperate ploy to make himself look younger and hip, is embarrassingly ineffective. A cougar tattoo snakes down one of his arms.

“How you doin’?” I exhale a cloud of smoke and pass him as he opens the door wider to admit me.

The apartment is small, crowded with “contemporary” furniture: a black leather grouping in the living room, chrome and glass tables, spare jagged-looking twig and dried flower arrangements. On the walls, Herb Ritts posters of absurdly pumped-up young men in various settings: a garage, on the seashore.

The guy leads me into the bedroom. Platform bed, comforter thrown back, striped sheets. The nightstand holds the tools of his true trade: a plastic cup full of condoms he probably never uses, a couple of little brown bottles filled with butyl nitrite, a leather cock ring, a metal cock ring, and a large pump bottle of Wet. On the lower shelf, a stack of neatly folded but ragged white towels.
A dresser faces the bed, and atop it, a color TV and DVD combination. On the screen, a wildly muscled dark-haired guy tries to sit on one of those orange traffic cones. Amazingly, he’s beginning to succeed.

The guy drops the black briefs and sits on the bed. Hoarsely, “Why don’t you get undressed, man?”

Instantly supplicant, he’s on his knees before me, working the buttons on my jeans. I’m sure his eyes are glistening. Already his breath is coming faster.

I push his hand away. “Hold on.” I lift the goateed face up to my own and look in his blue eyes, where nothing but desire and trust mingle. “I want you to lie down on the bed. Lie on your stomach.”

He gets up and does as he’s told. The half moons of his ass practically glow in the darkness. A thin whiter line disappears in his crack, where his thong was. The definition in his arms shows up perfectly as he raises them above his head to clutch the pillow.

His legs are parted, waiting.

“I just need to do something real quick. You stay right there.” I look back at him as I exit the room. “You’re a good boy, right? Do what you’re told?”

In the kitchen, I go quickly through the drawers until I find the one with the knives. For the first time, I get hard, and I think of the blood pumping, filling the spongy cavities.

The blood. Essence of life.

I strip down, leaving my clothes in a pile on the kitchen floor. I hope I don’t bring any cockroaches home.

I hold the butcher knife I chose to my side, concealing it with my arm, and head back to the bedroom.

He still lies there, waiting and trustful, thinking he’s about to be penetrated.
And he is.

Rick R. Reed is all about exploring the romantic entanglements of gay men in contemporary, realistic settings. While his stories often contain elements of suspense, mystery and the paranormal, his focus ultimately returns to the power of love. He is the author of dozens of published novels, novellas, and short stories. He is a three-time EPIC eBook Award winner (for Caregiver, Orientation and The Blue Moon Cafe). Raining Men and Caregiver have both won the Rainbow Award for gay fiction.  Lambda Literary Review has called him, "a writer that doesn't disappoint." Rick lives in Seattle with his husband and a very spoiled Boston terrier. He is forever"at work on another novel." 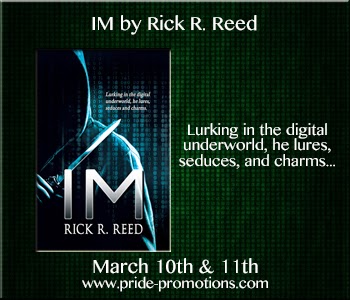