Warrior by Nicole Blanchard - Cover Reveal with Excerpt and Giveaway

I thought it was just one night.
I knew he was about to leave for a year – no chance for a future. But our one night together would create memories for a lifetime. Our paths crossed again, but I ad lied, kept a secret from him, one he would never forgive me for. But my secret was about to be ripped open. Displayed for the world on national news. And I had only one way to repair the damage. I had to trust the man I lied to. The man I never got the chance to make a life for. The only man who could save what we had created together.


“We should stop,” I whisper, my voice hoarse from the strain.
But she doesn’t. Livvie never does. She pushes me to my absolute limit, testing to see if today will finally be the day when I give into her. God, but it’s hard to resist. Not when I want to finally be as close to her as I possibly can be. But I’m afraid that we’re both rushing it because the day when I leave is finally becoming a reality.
She deserves more. She deserves better. And I want to be the man to give it to her.
She may not understand it now, but she will. I’ll make sure of it.
I trace my lips down the angle of her throat, unable to stop just yet. Soon. Her hands grapple to hold on to me, pulling me back up so that she’s locked against me from hip to lips.
“Don’t,” she murmurs. “I know what you’re thinking and I understand. But don’t pull away yet. I need to feel close to you right now.” Her arms tighten around me until I can feel the thunder of her heart against my own. “Be with me for a while, Ben. Please.”
I grin against her skin, moving to touch her lips against mine. I shift backward until she’s sitting on my lap with her arms wrapped around my neck. It’s raining now, a capricious Florida thunderstorm that’s been threatening to burst free all day, and the drum of it against my truck surrounds us in our own intimate cocoon. For a moment in time nothing can touch what we have. For a moment we’re locked inside a perfect bubble that can’t be marred by the future or distance or uncertainty.
We move in unison, pressing as close together as we can get—as though the physical closeness could bind our metaphorical hearts. I kiss her like I wish that was true—that we’d never be apart. I want her to remember this moment as much as I know I will. I want to burn the memory of this kiss into her lips. I want her dreams to be of me, of this. I want the ghost of my touch to haunt her every day until I comes back.
Everything I don’t have the balls to say is translated into that moment. How much being away from her is going to kill me. Because God, I’m going to miss her. My girl. A fierce possessiveness burns through my chest and I growl into her mouth, one arm wrapping around her little waist to press her even more firmly down on my lap. She gasps and her hips jerk instinctively against me.
I suddenly regret my own chivalry. I want nothing more than to feel her clasp around me right then. To hear her sigh. To know what it’s like to finally make her mine.


I decide to give in, just once, just a little. Just this once. A memory that will last through blood and loss. Loneliness and regret. One perfect night to make through the next year of empty ones.

Also in the Series 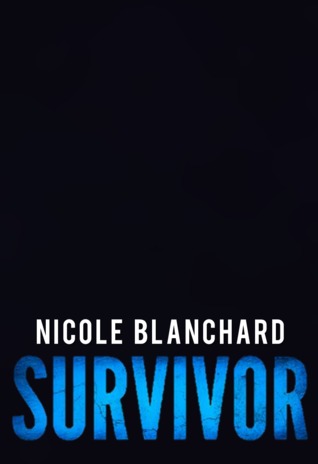 Nicole Blanchard lives in Florida with her daughter, and their menagerie of animals. She quit college to chase her own fairy tale that spanned the course of three continents and contained it’s fair share of dragons. Now, she owns her own business and pretends to be an adult. She survives on a diet of too many books and substantial amounts of root beer and slim jims. When not reading, she’s lavishing attention on her family or inhaling every episode of Charmed and Sex in the City.