Another Creature by Valerie Brundage - Release Day Blast with Giveaway 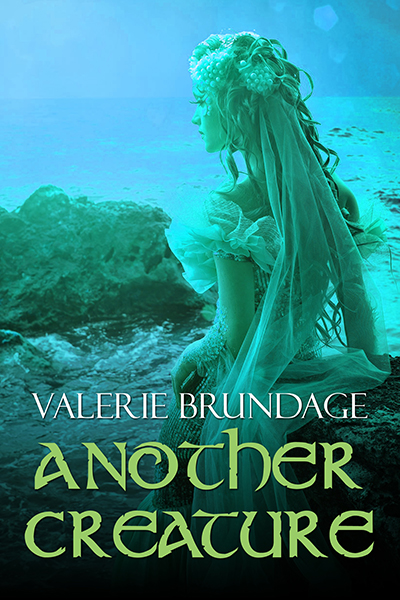 Whispers in the dark and soft, wet touches in Luanne's dreams suggest she is not as alone in her seaside cottage as she'd thought.

Who will win the key to Luanne's broken heart: her on-again, off-again lover, Karen, or the tentacled creature haunting her dreams?

Instantly Karen suspected something was amiss. The heat and the beads of sweat around Luanne's cheeks, the wet on her neck below her ears. All betrayed Luanne's discomfiture.
Karen walked around. Looked around.
"Can I...?" She headed towards the kitchen. Luanne heard her stir the coffee, clink a cup on the counter.
"Coffee?" Sugar spoon. Fridge door. Luanne leaned over and glanced at Karen in time to see her finish pouring milk. Return to the fridge, clink, clink.
Every sound had texture. Luanne looked around, could not see.
A wisp, a black shadow. The trail of a memory like a dream receding even as she tried to grab onto it, make it tangible.
Karen returned to the room, her hand empty. Luanne felt drunk. She thought of asking, "Where's your drink?" but decided the words would come out slurred and Karen would know, so she said nothing.
She wasn't even entirely sure how long Karen had been there. She half-entertained the idea that it had been Karen all along, in her half-asleep hallucination. But the sticky residue of the Melusine's caresses still stuck along her thigh, along the sides of her breasts.
She covered herself up as best she could without doing the buttons again. Didn't want to appear too modest. A lost cause.
But Karen liked her like this. A little off balance. It reminded her of the times when they would get together in a moment, never with the intention of fucking each other. Never for a drink, never just for dinner. It was always a kind of girls night out when other plans had fallen through. Casual in which no agenda opened up possibilities and slowed time.
A couple too many glasses of wine, watching TV late into the night. And they would end up in their pajamas and one would put their lips on the other's back. At the shoulder, where the skin showed, just a little loose. Then a shirt would open, and fingers would slide down to nipples. And then slide down further, down each other's backs. Then into the crease of each other.
No words. Drunk. Give me another drink. She was not sure she told herself she was not sure and she continued.
"Are you all right?" Luanne walked to the bedroom. The windows at the floor were open, lower casement stuck out erect. It wasn't cool, but humid.
Karen didn't see anyone else around. Luanne said nothing.
"Have you been – touching yourself?"
Karen stood, her hand on the sill by her head. Waiting. She'd wait forever but she knew Luanne wouldn't let her. Luanne walked to her and kissed her.
Her lips were cool. Dry. She pushed them closer, mashing her face passionately with Karen's.
Karen leaned back, let Luanne maul her. "Thank you. I thought..."
"Shh." Karen was a vacuum which Luanne couldn't help but fill.
She was taken over. Still not sure what was happening. A dream, a fainting in which she'd been overtaken by her sexual urges – her blood rushed from her head and became lightheaded as Luanne tasted her.

Valerie began writing three months after her divorce, realizing two surprising dreams within a few months. It was more than her imagination that was being held back, and she’s enjoying writing about those dark sexy urges as much as acting on them. She’s currently working on a book based loosely on her promiscuous years before she got married. 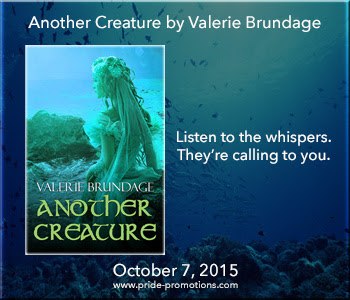 Rafflecopter Prize: E-copy of 'Another Creature' by Valerie Brundage