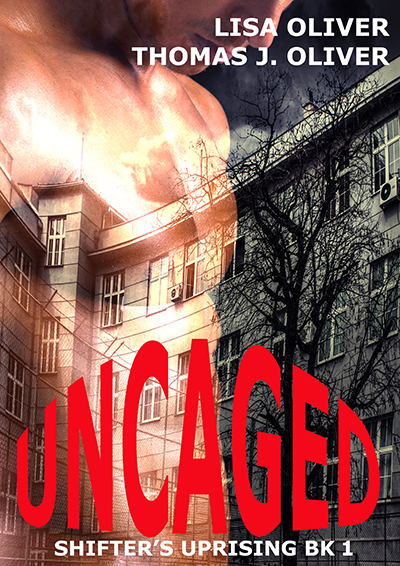 Carlin is an Alpha Wolf Fighter, one of only three in the top spots at the Souterrain - an underground fighting club, run by the Elite to punish shifters who have gone outside of the laws. He's happy enough, only has to fight exhibition matches, has his own apartment space, food and sex on tap - yep, life it good. So when Martin offers him the chance to fight for his freedom, Carlin turns it down. It's no fun being a lone wolf and Carlin is quite happy where he is.

Then Lucas catches his eye. A handsome man, a stunning fighter, moving up through the ranks fast.  Lucas might not have the killer attitude that most men at the Souterrain have, but he's got the moves.  Carlin has no problems insisting the man is bought to his apartment - sex is never a bad idea.  But when he catches Lucas's scent and realizes the man is his fated mate, suddenly getting him to bed is the least of his problems.  Lucas wants to be free, and for the first time in a long time, so does Carlin.

Unfortunately there is more to Lucas than meets the eye.  Martin certainly has no intention of letting them go, and if he has to have Carlin killed to keep Lucas at the Souterrain, then the man has no problems with that either. Suddenly the deal Carlin makes with Martin goes horribly wrong, and Carlin and Lucas realize that the price for freedom might be Carlin's life, and even then Lucas will not be free.

Warnings: M/M sex, HEA, some violence (they are in a fight club after all).  A growly Alpha who lets his emotions get the best of him, and a hybrid shifter with a wicked imagination.

Carlin knew he was behaving like an idiot pacing up and down the floor of his small apartment, but he couldn’t stop.  How long did it take for one man to have a shower for fucks sake? He’d ordered food for the both of them. Having been a fighter for more than five years, Carlin knew that Lucas would be hungry – hopefully for food and sex.  But if the bloody man didn’t get his skates on then Carlin would eat alone and get straight to dessert when Lucas arrived.

About to call Brian and find out where his errant fuck had gone, Carlin caught the sound of people outside of his door. He threw himself on the couch and picked up a book.  He didn’t want Lucas thinking he was waiting for him or anything.

Brian came in, Lucas a few steps behind him.

“Alpha Fighter Carlin.  This is Lucas, ranked fifth after today.”

Carlin was surprised.  He’d heard the man had moved swiftly up the ranks, but he didn’t realize that Lucas was so close to a shot for an Alpha ranking. In theory, one more fight and he might have to fight Lucas in the ring. For a moment Carlin was tempted to send the man away.  He did have some conscience, even after so many years of being a fighting machine.  He didn’t want to have to kill someone who had been in his bed.

But then Lucas stepped past Brian, and Carlin was caught in angry eyes. Silver eyes.  Something tugged at Carlin’s brain – the eye color had some significance, didn’t it? But then Lucas’s scent hit Carlin’s nose and any rational thought fell straight out of his brain.

“Leave, Brian,” Carlin said, standing up and not breaking his stare with Lucas. He knew his body radiated the power he was famous for, and guessed he might look intimidating, as he heard Brian whisper to Lucas as he scurried out of the door, “I told you not to stare at an Alpha.  You’re dead meat pup.”

“Better dead than a fuck toy,” Lucas snarled – his comment for Brian, but those silver eyes stayed fixed on Carlin.

“I agree,” Carlin said, his voice dropping as he got closer.  Before Lucas could react, he reached his hand around, grabbing Lucas by the nape and pushing the man’s face into his throat. Whatever Lucas was going to say was muffled by Carlin’s skin, although the man was kicking, punching and doing everything he could to get free.

Carlin felt Lucas quieten, although his body still stayed rigid in Carlin’s grasp.  Lucas’s deep inhale was the only sound in the room. Carlin knew the moment Lucas had worked out what Carlin was trying to say.

Today I’m very lucky to be interviewing Lisa Oliver, co-author of Uncaged, which is book one in the Shifter’s Uprising series.
Hi Lisa, thank you for agreeing to this interview. Tell us a little about yourself, your background, and your current book.

Hello and thank you for having me here. I am an author, focusing on M/M shifter and other paranormal stories, usually in the true mate trope (you can see a list of my books below).  About six months ago my twenty-two year old son, Thomas, approached me about a story idea of his own, and asked me if I would work on it with him – the Shifter’s Uprising series was born.

In this first book we meet Carlin and Lucas.  Carlin is an Alpha fighter and has been at the shifter prison, the Souterrain for years.  He doesn’t mind the cage fights, actually quite likes his life, but then he meets Lucas, his true mate. Suddenly all he can think about is fighting for their freedom. But, Martin, who runs the Souterrain and is leader of the Elite force, wants Lucas for his own. For that to happen Carlin has to be dead. So as you can see, this story has a bit more action and angst than in my other books, but believe me, it does have an HEA.

Thank you for giving me the chance to share my new book with your readers. I hope they enjoy it.

List your books and let fans know where they can find them.

Cloverleah Pack
Book 1 – The Reluctant Wolf – Kane and Shawn
Book 2 – The Runaway Cat – Griff and Diablo
Book 3 – When No Doesn’t Cut It – Damien and Scott
Book 3.5 – Never Go Back – Scott and Damien’s Trip and a free story about Malacai and Elijah
Book 4 – Calming the Enforcer – Troy and Anton
Book 5 – Getting Close to the Omega – Dean and Matthew
Book 6 – Fae For All – Jax, Aelfric and Fafnir (M/M/M)
Book 7 – Watching Out For Fangs – (Coming Soon) – Josh’s story

All books are available through Amazon Kindle, AllRomanceebooks.com and distributed through Smashwords to iTunes, Nook and related outlets. They are also available in print format through Amazon.com’s Creatspace service.

Meet the authors:
Lisa Oliver had been writing non-fiction books for years when visions of half dressed, buff men started invading her dreams.  Unable to resist the lure of her stories, Lisa decided to switch to fiction books, and now stories about her men clamor to get out from under her fingertips.
When Lisa is not writing, she is usually reading with a cup of tea always at hand. Her grown children and grandchildren sometimes try and pry her away from the computer and have found that the best way to do it, is to promise her chocolate.  Lisa will do anything for chocolate.
Lisa loves to hear from her readers and other writers.  You can friend her on Facebook here, or email her directly at yoursintuitively@gmail.com.

Thomas Oliver doesn’t have a lot of time for writing itself although he can talk about his ideas for hours. A construction worker by day, he has a wicked imagination and it was from sharing some of his ideas with Lisa, that the idea for this series was born.
When not working, Thomas is like any other young man. He loves to spend time with friends, his girlfriend and working on his car. His dream is to do up a project car – something mean, with attitude and plenty of power under the hood.
Anyone wanting to contact Thomas can do so through Facebook. 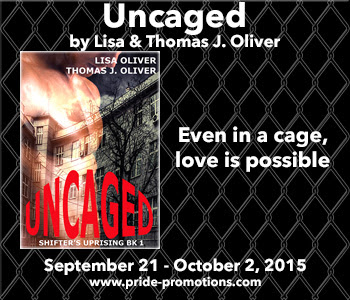