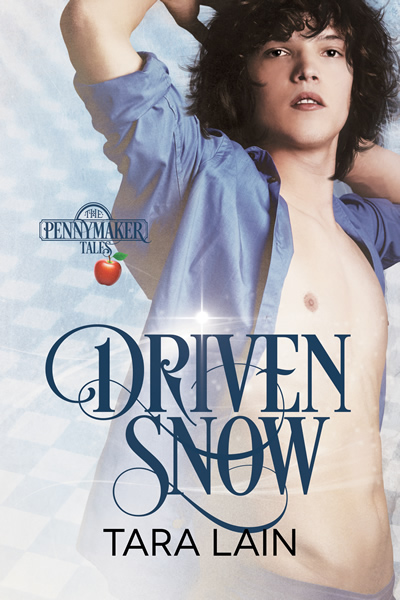 Blurb:
Young Snowden “Snow” Reynaldi is brilliant, beautiful, and alone. Though he’s shy, weird, and tolerated by the NorCal University students because he’s a renowned whiz at chess and helps put the school on the map, that doesn’t keep him from dreaming of the object of his desires, Riley Prince, championship quarterback.

When Riley needs a physics’ tutor, Snow jumps at the chance, and their relationship heats up—but Riley has to come out of the jock closet to get anywhere. Meanwhile, Snow’s one true friend and mentor, Professor Kingsley, marries a woman who secretly wants the chess tournament glory and money for herself. Soon after, the professor collapses and Snow finds himself underwater—literally. In a car!

Seven frat brothers from Grimm College rescue Snow just in time for his life to get even worse, and Snow discovers the one relationship he always wanted slipping away. With evil looming at every turn, Snow must survive if only to prove he’s the fairest of them all and regain the trust of his handsome prince.

Snow nodded. “Now, this is pretty basic, but we can get a lot more sophisticated.” He scratched out a slightly more complex set of calculations, and Riley seemed absorbed.

“You have to create the excitement for yourself. See the potential.”

“Yeah. Why do you think I come see you play all the time? It’s like plugging into the solar system and catching the stars in my hand.”

“The planets, then. I’ve wanted to tell you this for a while. I think you’re—”

The sound of a key in the lock brought both their heads up.

Like some cosmic joke, the apartment door opened and beautiful, perky, perfect Courtney Taylor walked in. “Oh, hi. Are you two still studying? Oh my gosh, Snow, you must be magic or something. No one could ever get him to study physics before. I told him, ‘You have to do it, baby. The team can’t do without you. Find a way to learn this shit.’ And what do you know? He found you. Amazing.” She walked over, pushed Riley’s head back, kissed him on the lips, and plopped down in his lap. “Did you learn a lot, baby?”

Her knee bumped Snow’s thigh, and he leaped up like he’d been shot. “Oh gosh, look at the time. Better get back to work myself. Have to study for the tournament and all.” Sweet God, he had to get out of there.

Riley stood Courtney on her feet and stepped over beside Snow. “When can you help me again? I’ve only got two weeks. I made so much progress today. I know you’re busy, and I hate to ask, but could you please—”

“Yes, of course. Just text me, okay?” He ripped out the pages they’d been working on, shoved the notebooks into his backpack, and headed for the door. He seemed to be running from everyone these days. “Bye. Bye, uh, Courtney.”

Outside the door, he clambered down the steep staircase and stopped at the bottom just to breathe.

What were you thinking, you idiot? That somehow his girlfriend had magically transformed into a teapot?

What are you dreaming? That he suddenly quit being straight and is attracted to a wimpy little queen like you? Spare me.

The door to Eudora’s apartment flew open, and a hand emerged, holding a glass. “Hey, cutie. Have some water.”

Like it was perfectly normal to accept water while standing in hallways, he grasped the glass and drank the liquid down. Amazing how much better he felt.

She took the empty glass. “Lessons for the day. Don’t sell yourself short. And don’t believe everything you see. Got it?”

“Good.” She patted his cheek, and then the door closed behind her. If a caterpillar suddenly appeared saying “Who are you?”, he wouldn’t be even slightly surprised.

She lives with her soul­mate husband and her soul­mate dog in Laguna Beach, California, a pretty seaside town where she sets a lot of her books. Passionate about diversity, justice, and new experiences, Tara says on her tombstone it will say “Yes”!