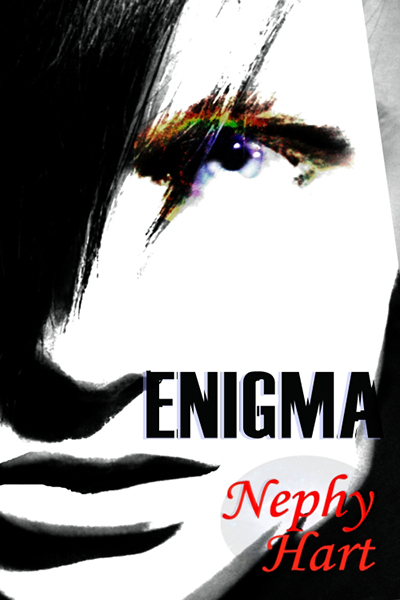 Release Date: Re-release with new cover and general cleaning up

Troubled residents come and go at the Care House where River Caulfield is a caregiver, working towards fulfilling his dream of becoming a nurse. When Silver arrives, a patient found on a roadside near death after suffering terrible abuse, River finds his previous personal detachment is compromised. Seeking to help the mysterious and enigmatic young man locked inside his own mind and memories, River finds his professionalism slipping as Silver begins to open up and live again.

But as their relationship begins to blossom, the roots of Silver's past abuse and the abuser who forced him into such a mental state sends forth new shoots of darkness enveloping them in dangers threatening not only Silver's sanity, but their very lives. With River's devotion and help, will Silver finally be able to break away from his past? The answer lies in the words of a priest, a painting and a long walk through a churchyard harbouring the secrets of the enigma that is Silver.

Excerpt:
Feeling more confident and realising that I have to ‘project a confident and professional air to reassure the resident and help to ease them into the new surrounding and routine that mark their transition from the institutional environment and the radically different routine and environment of a residential setting’, I compose myself.  Yeah, I know, I’m a geek with a photographic memory, although knowing the rules doesn’t necessarily mean I always follow them.

“Silver,” I say softly as I shake him gently by the shoulder.  I wonder how many times he has heard a smirk in the voice that calls him by name.  I know that I have, often enough.
With a sigh the figure in the bed turns over, flinging out an arm with a soft moan.  I freeze.  Fucking hell... I mean what the fuck.... fucking HELL.

He is nothing like I had expected, not that I had really been expecting anything, but with a name like Silver I had kind of expected him to be fair; ash blonde or something.  But he isn’t.  He’s dark, very dark.  His hair is jet black and long, and even tangled and dry as it is; it makes me want to run my fingers through it.  I can imagine myself gently tugging out the knots and running conditioner down the length of it, strand by strand.  It would be soft and silky and....

Shit! And that’s just his hair.  The things I want to do with those lips. Fuck.  Never in my wildest dreams had I ever imagined.... Gods he is beautiful; not just cute like Max, not handsome or pretty or any of the other words used to describe how someone looks; he isn’t even drop dead gorgeous: he is beautiful, simple as.  Lying there with his hair all over the place, his long coal black lashes trembling on his milk white cheeks, one arm thrown out revealing the creamy skin and well defined muscles of his bare shoulders and chest he is a fucking angel... a real, living, breathing, flesh and blood angel.

Gods damn them; they knew.  The bastards knew the effect he would have on me and all the giggling and snickering now make sense.  Shit, I am practically creaming my pants just looking at him.  I shake my head and laugh at myself.  Get a grip, River.  Just keep your mind above your waist and remember that this is a resident, a patient, a sick person who needs you to be strictly professional and... Ah fuck, why did he have to stir right at this moment?  Why did he have to let out that cute little sigh that parts his lips and makes me want to... to...  Shit!!!!

Moving his head from side to side drowsily on the pillow, Silver gives a sleepy little grunty moan thing and yawns showing absolutely perfect white teeth... of course, although I notice that there is a gap right at the back on the bottom.  I don’t know why but that makes me smile; somehow, something that mars that perfection, even to such a slight degree, is a huge relief.

Just when I am managing to get myself under control and have a goofy smile on my face, Silver opens his eyes.  If I had thought that Silver with his eyes closed was beautiful, Silver with his eyes open is... unreal.  At least now I understand why he is called Silver.  His eyes are grey, a strange pale silvery grey with an almost metallic sheen, like mercury.  For a full minute I just stare at him and he stares back.  There is no curiosity in his eyes, no fear, no challenge; no anything.  I have never seen eyes that are so blank.

Quite suddenly it occurs to me that I am staring and really not being very professional at all. I force myself to smile, a tight professional smile and not the goofy grin that is threatening to break out at any moment.

“Hello Silver, my name is River, did you sleep well?”

The silver grey eyes regard me steadily but there is no indication that he has even heard me let alone understood me.  I broaden my smile and try again.

“It’s morning, Silver, time to get up.  Do you need me to help you with that?”

At last there is a reaction, just a tiny shake of the head.  The silver eyes flicker and with a sigh he throws back the quilt and I am blinded.  At least I wish I had gone blind because if I had I wouldn’t have been staring at that body with quite so much raw hunger.  Fuck he is beautiful all over.

Turning away I walk to the chest of drawers, hoping that he had brought some clothes with him.  The first drawer contains pyjamas and I wonder why the hell they hadn’t put any on him last night, although a moment’s reflection supplies the answer: bastard.

Trying to keep my face turned and my eyes well above the waist I hand Silver the pyjamas.

Without making a sound he takes the clothes from my hands and slips them on.  I have to watch, I just can’t help it.  I don’t know what kind of condition he was in before whatever happened, happened, or when he woke up out of the coma but those physiotherapists have sure done one amazing job over the past six months.  He is slender, even thin, but so well defined that, even through the cotton pyjamas it is possible to see that he is toned to perfection, every muscle group well defined.

Shit, he’s fucking perfect in every way.  And when he starts to walk...

My great grandmother used to be a dancer, way back in the twenties. She was something of a celebrity back then, and I can remember my grandfather talking about her with fierce pride on his face.  When he was a child he used to go to the theatre to watch her practice and perform and he would say that even when she was not on the stage, even when she was just walking down the street, across a room, getting on a train; she was always dancing.  He used to say she ‘walked lightly on the earth’. I have always remembered that phrase - walked lightly on the earth - and I thought I knew what he meant... until now.

Damn those physiotherapists have done a good job, a great job, there isn’t so much as a hint of a limp and he stands very erect with his head up and... walks lightly on the earth. It’s hard to describe, but he flows, hardly making a sound, so lightly that it makes you feel that he wouldn’t make a footprint in snow.

He pauses in the doorway, waiting.  I am staring again.  “Do you dance Silver?” The words just slip out.  I forget that he doesn’t know, that he doesn’t want to know; it’s just that the way he walks makes me think so much of my great grandmother that I am suddenly sure that he must be a dancer too.

Nephy Hart was born into a poor mining family in the South Wales Valleys. Until she was 16, the toilet was at the bottom of the garden and the bath hung on the wall. Her refrigerator was a stone slab in the pantry and there was a black lead fireplace in the kitchen. They look lovely in a museum but aren’t so much fun to clean.
Nephy has always been a storyteller. As a child, she’d make up stories for her nieces, nephews and cousin and they’d explore the imaginary worlds she created, in play.

Later in life, Nephy became the storyteller for a re enactment group who travelled widely, giving a taste of life in the Iron Age. As well as having an opportunity to run around hitting people with a sword, she had an opportunity to tell stories of all kinds, sometimes of her own making, to all kinds of people. The criticism was sometimes harsh, especially from the children, but the reward enormous.

It was here she began to appreciate the power of stories and the primal need to hear them. In ancient times, the wandering bard was the only source of news, and the storyteller the heart of the village, keeping the lore and the magic alive. Although much of the magic has been lost, the stories still provide a link to the part of us that still wants to believe that it’s still there, somewhere.

In present times, Nephy lives in a terraced house in the valleys with her son, dog, hamster and two cats. Her daughter has deserted her for the big city, but they’re still close. She’s never been happier since she was made redundant and is able to devote herself entirely to her twin loves of writing and art. 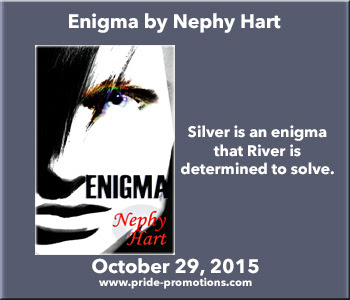