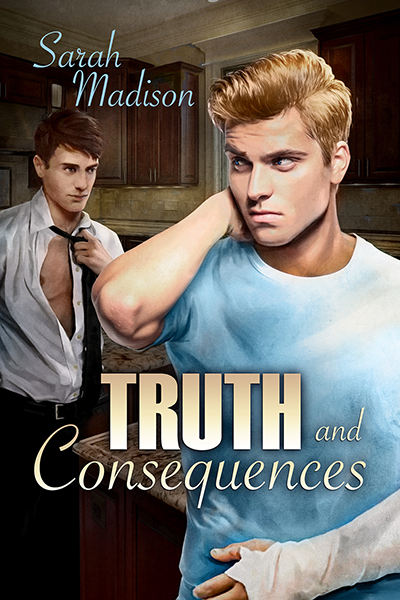 When FBI agent Jerry Lee Parker wakes from a coma after a murderous attack on his life, he has no memory of his immediate past. In the blink of an eye, he has gone from having a nearly photographic memory to recalling nothing of the last six months of his life, including his partner and lover, John Flynn. While Lee tries to reboot his past and reconnect with John, there are events at play around him he doesn’t understand. John is keeping secrets from him, secrets which could get them both killed.

Matters come to a head when Lee is hounded to turn over a mysterious artifact, of which he has no knowledge. The two men wind up in a fight for their lives as they risk everything to keep the powerful relic out of the hands of a ruthless killer. In order to protect those he loves, however, John may be forced to make a deal with the devil.

Excerpt:
I knew the moment John walked into the bar. It was like my sonar pinged, my radar lit up—you name it. I heard the door open, and without turning around, I knew it was him because the hair on the back of my neck stood up. Because something in my gut tightened, and my cock lifted in earnest. I watched him in the mirror as he scanned the room, locked in on my presence, and stalked toward me like a panther in a pen full of sheep. Everyone else in the room was aware of him as well. I practically preened when he came up beside me. He took a seat and signaled the bartender, who came over with flattering attention.

Q & A with author Sarah Madison

Today I’m very lucky to be interviewing Sarah Madison, author of Truth and Consequences, Book 3 in the Sixth Sense series.

Hi Sarah, thank you for agreeing to this interview. Tell us a little about yourself, your background, and your current book.

It’s tempting here to lie and say I’m a former dragon-wrangler who works part-time as a diamond courier and is working on my tell-all biography about my life as a Russian spy… because the truth is rather boring. Middle-aged woman working full-time in a tough job who writes in her spare time because it makes her happy.

Truth and Consequences is book 3 in the Sixth Sense series. It features FBI Agents Jerry Lee Parker and John Flynn, and the events that occur when Flynn accidentally touches a mysterious artifact and gains unusual powers. As the Sixth Sense series unfolds, we learn there is a set of such boxes, and that Lee and John aren’t the only ones looking for them. They’re in over their head, and the water is just getting deeper…

1)      What are your ambitions for your writing career?

I would LOVE to make so much money writing I could quit the day job and travel the world soaking up background color for more stories. Who wouldn’t? But I’m realistic. That’s the equivalent of winning the lottery. Oh sure, I buy tickets, but I don’t really expect to win.

I know no one will be reading my stories 50 years from now and calling them literary masterpieces. I know I’ll never be famous, and to be honest, I’m not sure I want to be. I know I’ll never make a ton of money doing this. The odds are against me.

I want to write stories I’d enjoy reading. And if by doing so, I make some person’s crappy day a bit better by taking them out of their lives for a few hours, well then, I’ve done my job.

2)     How many published books do you have? Can you tell us something about them?

I have 18 published works out there, but that includes novellas, short stories, and works translated into other languages. Technically, I have four novels out. They are mostly paranormal, but I’m not your typical paranormal author. My vampires wish for a normal life. My werewolves buck societal rules. My characters who develop supernatural abilities actively search for a way to undo them. My guys don’t crave power, or darkness, or blood. They just want to follow their own code of honor, earn a living, and find someone to love.

A recurring theme in my stories is that life is more than mere survival, and family is not always flesh and blood.

3)     Your main character wants to cook something special for his love interest. What does he make?

Ooooh! Jerry Lee fancies himself a bit of a gourmand, so he would definitely love cooking for John. Given John is mostly a pizza kind of guy, Lee would avoid anything too extravagant. Homemade yeast rolls, for certain, brushed with melted butter. Steak cooked to perfection, and served with a baked potato with caramelized garlic butter and tender sea scallops. Roasted asparagus, or maybe bacon-fried collard greens. A flourless chocolate torte paired with a fresh raspberry sorbet, combining the best of the sweet and the tart. The entire meal would be an act of love for Lee. And John would eat whatever he was served, even if it was fish, which he dislikes. Hell, Lee could serve camel, and though John would give him hell about it, he’d eat it because no matter what Lee cooks, it’s fantastic.

At the moment, I’m working on a story about a secret organization set in the 1950s that investigates reports of mysterious artifacts that are surfacing world-wide in the face of nuclear testing. My hero and heroine have to pretend to be married, going undercover in Suburbia. By day, they are Ward and June Cleaver, but at night, they are Mulder and Scully.

No, I don’t. I find word counts tend to make me focus on the wrong thing and unconsciously pad my story with unnecessary words that need cutting. What works best for me is scene goals. I think about what I want the scene to accomplish and how best to get there, and then write as much as I can in the available time. I might leave off mid-scene, but that’s okay as long as I know what I want to do when I pick back up again.

Meet the author:
Sarah Madison is a veterinarian with a big dog, an even bigger horse, too many cats, and a very patient boyfriend. She is a terrible cook, and concedes that her life would be easier if Purina made People Chow. She writes because it is cheaper than therapy. 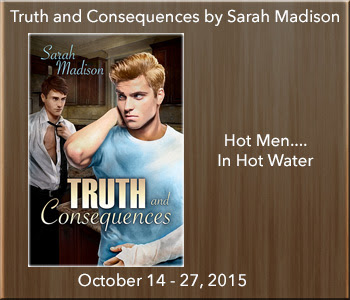 Rafflecopter Prize: E-copy of 'Unspeakable Words' – Book one in the series