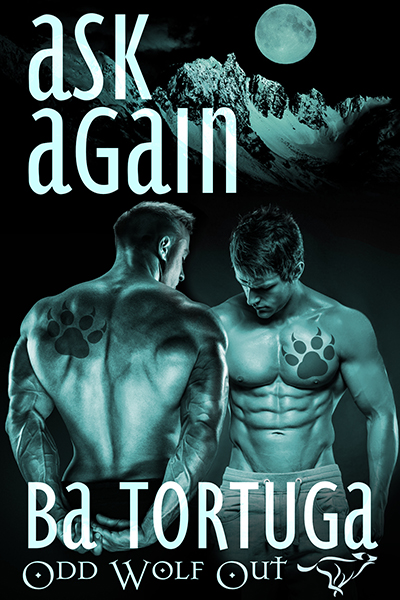 Hearing that his ex-best friend is getting married might be the only thing that can lead Andy back to his wolf pack deep in the Colorado mountains. He's a city wolf now, leaving behind the awkward, skinny teenage geek he was once upon a time. All he wants to do is see Levi one last time, and maybe lament what might have been between them if Levi had been brave enough to leave the pack with Andy all those years ago.

Levi has been a good soldier in his Alpha's army, the second-in-command for several years. Seeing Andy again reminds Levi how he's toed the line, and how all he's gotten for it is a lonely life. He's not sure why Andy came back, and at first he's not even happy about it. Their need for each other runs deep and strong, though, and Levi has to wonder what he would do for Andy if the man would just ask him one more time.

Dad winked as Mom cackled from the kitchen. "So, really, why are you here?"

"Gran called and suddenly, I needed to come."

Levi's getting married, Andy. You should be here, stand up for him. His Levi. His mate. Getting married and settling down to start producing more wee pack members. The Alpha's head enforcer, which Andy thought was odd, since enforcers usually didn't allow distractions. He just wanted...

Shit, he wanted to prove that the runt of the litter had grown up, was as big of a stud as his brothers. Well, okay, no one was as ripped as Adam, but he was a throwback. Andy was totally hotter than Ashton.

"Here, let me get the trash can." His dad gave him no satisfaction on the gossip.

"I'm going to make brisket for supper and an apple pie." Mom stopped, pierced him with a look. "You are staying for supper, aren't you?"

"I was thinking of staying for a few days, if that was okay."

"Adam's room is a nice guest place now," Dad told him. "Knock yourself out."

"Thanks." Suddenly he felt freaked the fuck out. What was he doing here? Proving that he was a giant dipshit to the man he'd lusted after since he was fourteen?

Trying to prove that geek chic was in?

Okay, first off, asshole, he told himself. No longer a geek. A hipster, sure, but a sexy one. Second, he was going to get his mom's brisket. He'd have to Skype Ashton and gloat.

"You do have wireless, right, Dad?"

"Ashton had it and satellite installed. Said we had to move the pack out of the nineteenth century." Dad rolled his eyes. "Me and Mom. Trendsetters."

"Good deal." Andy would bet the Alpha had the same or a better set up now, too. Did he even know the Alpha?

He spent his full moons in his basement, not running with the pack. The pack had never fucking wanted his sorry ass, and he wanted nothing to do with them, but he was sure glad to see his folks.

"Come on out to the garage, son. I'll show you the Mustang I'm working on. She was in terrible shape when I found her. It was enough to break your heart."

"Yeah?" Andy kissed his mom's cheek before heading outside. Dad did love his classic cars. That was one thing they had in common, so he might as well look.

His burning questions about Levi could wait until after supper, he supposed.

Hell, maybe he wouldn't even ask them.

Having written everything from fist-fighting rednecks to hard-core cowboys to werewolves, BA does her damnedest to tell the stories of her heart, which was raised in Northeast Texas, but has gone to the high desert mountains and fallen in love. With books ranging from hard-hitting GLBT romance, to fiery ménages, to the most traditional of love stories, BA refuses to be pigeon-holed by anyone but the voices in her head. 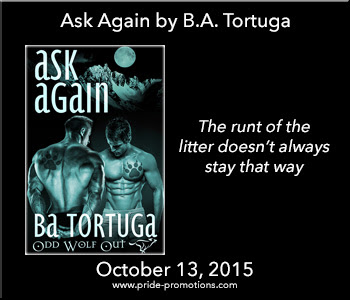