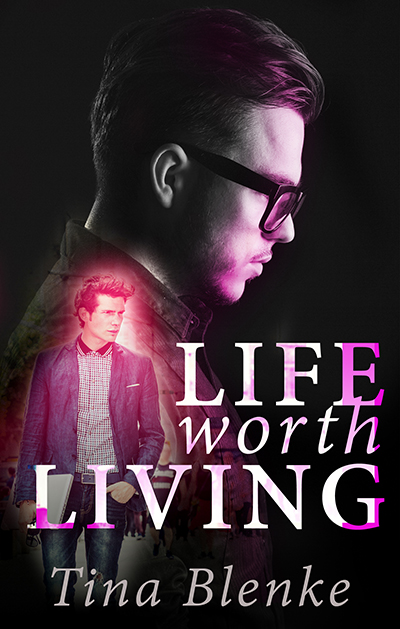 Jake has been hiding in plain sight, always a few rows behind his straight-crush Quentin during their four years of college. He’s been successful so far but just as they’re about to graduate, Quentin finds out Jake’s secret and Quentin shares one of his own. He’s in the closet.

Jake isn’t about to let this opportunity pass him by especially when Quentin is scheduled to leave for the East coast in a few short summer months. Willing to keep Quentin’s secret from his upper crust politically-fueled homophobic family, Jake shares his bed and eventually his heart.

Quentin’s life in the closet is non-negotiable. His family has strong political ties and any word about their son’s sexuality would cast him out of the family and out of his inheritance which he desperately needs to finish his education. He’s been successful keeping his sexuality a secret for years until he meets the irresistibly adorable Jake at an early graduation party.

Quentin is unable to ignore his desire for Jake and makes the life-altering leap that holds his future in the balance. Locked away from the public eye, the two men admit their love for one another. In three short months, they will be forced to part ways for graduate school but the challenges of potential scrutiny, family commitment and an un-promised future may prove to be more than they can overcome.

Excerpt:
“Cora? He’s really gone, isn’t he?”
“You did what you had to do to save both your life and his career. You didn’t do a goddamned thing wrong, you hear me? You are one of the bravest men I know,” she growled.
“Yeah, right. I’m the gayest man you know.”
“You shut the fuck up right now, Jake. I don’t let anyone bad-mouth you around me and that includes you. It takes a real man to stand up for who he truly is on the inside. The easy way out would be to hide who you are and live in the closet for fear of what the world will say or do to you.”
“Now that’s not fair,” I argued immediately, thinking of Quentin’s situation.
“And for what? Admitting that you want to love another man? It’s a beautiful romantic notion, Jake. You throw yourself bare to the world for love, the noblest feeling in the world, and all you expect in return is someone to return the feeling. And what does that rat bastard do? He shows you what it feels like to be loved, only there was a condition on it, wasn’t there? As long as he could hide you from the world and not be proud of the honest, kind and decent man that you are. He should have been yelling your name from the mountains or something. Instead? Instead, he runs and hides so he can save his face from his family.”

1)      Tell us something about your character’s friends.

Jake’s best friend is Steve. They met back in high school and have been roommates all through their four years of college. Steve and his mom and sister have always been there for Jake including when his parents kicked him out of the house when it was revealed he was gay. Jake and Steve are close like brothers and have a healthy relationship of cracking jokes and playing video games. When Jake and Quentin break-up, Jake pulls away from his friends, including Steve, and this is yet another bridge that Jake must mend in his life.

Quentin cooks for Jake a few times in the story but because Quentin likes to prepare food…in the nude…it’s distracting to Jake and he is more into the chef than the food! Jake’s favorite time was the chocolate covered strawberries fed to him on a makeshift picnic blanket in the living room. With all that chocolate, things got a little messy.

3)     What activity does your character absolutely hate?

As much as Jake loves his choice in career and can’t wait to go to graduate school, he hates his classes. Day after day for years Jake and Steve sit behind Quentin and Jake is distracted during his classes by the gorgeous man. Jake can barely pay attention to the lectures and has to resort to classroom handouts and Steve’s meticulous notes. It’s certainly a double-edged sword.

4)     What other author’s book do you think your character would be good in?

I would love to see what KA Mitchell could do with Jake and Quentin – she’s absolutely amazing and I worship her talent with a pen.

I’m very much in favor of the one we live in right now. Sure, there’s something romantic to be said about the Shakespearean/Elizabethan times or daring in the eyes of a swashbuckler or maybe two knights in shining armor dueling side-by-side. But I’m also a huge fan of indoor plumbing (which I’ve lived without for nearly a year so don’t get me started), temperature control and high-speed internet. I also love the idea of Chinese delivery and grocery pick-up so I’ll stay here in 2016 with my smart phone and never-ending Netflix.

Meet the author:
Tina is a retired Air Force brat and has lived in several states as well as a handful of countries. She has always had a soft spot for literature and is a voracious reader. When she isn't writing, she can be found cuddled up with a good book. Though Tina adores a thrilling novel with sappy lovesick heroes, she is terrified of things that go bump in the night. This makes for quite a complicated relationship with zombies, something that she just can't get enough of. 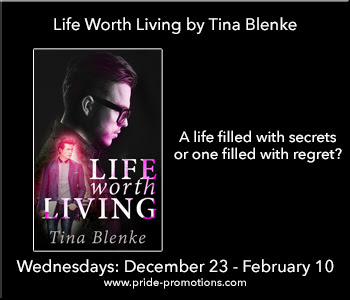