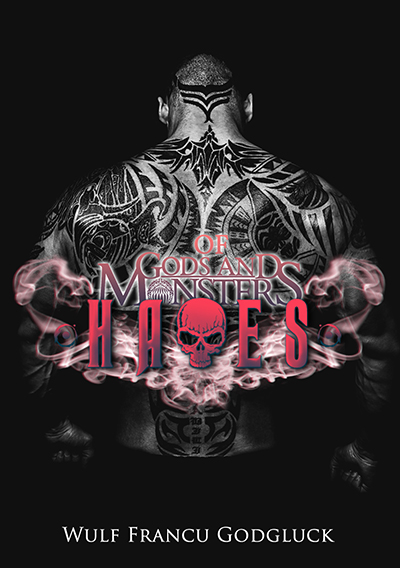 ******WARNING*******
This is not a story about a hero, or some bad boy-badass-antihero.
This is a love story between two monstrous villains and one valiant kid, held together by their entwined heartstrings.
It won't be pretty.
It won't be pleasant.
There's no fluffy good feelings about it.
It will rip out your heart and never give it back.

Breno Hades el Oscuro took no bullshit from anyone. He ruled the crime world of the United States. When the King fell, what was left in the ashes was not the small boy that grew up without his father, not the same kid that chose a life of crime at seventeen, nor was it the King who had killed and clawed through a river of blood to stand at the top.

The King was dragged from his throne of bones into a deep dark pit, leaving only the raw flesh of a savage monster to crawl out of Hell.
One that knew love, but didn't want it again.

Kemono Orochi was destined to inherit the legacy of his father, known as The Dragon's Tongue. It was an inheritance he never wanted it, never desiring the power that came with the title of Dragon. Kemono ended it all by tearing off the Dragon's head, watching the serpent's remains be consumed in hellfire. Now tormented by the scars of his past inflicted by his father, he is struggling to come to terms with the Akuma he has become.

One that wants to devour everyone in his path to protect the only one that matters to him.

The only person that had ever made his icy heart beat.

His heart. His love. His beautiful pride.

Rex Hunter dreams of becoming a principal ballerino...all fierce, like a Phoenix. But this Phoenix has lost his wings and fallen prey, straight into the clutched claws and callus hands of two vicious beasts. Each bore the blackest of hearts, each desiring to keep him safe, cherished and loved unconditionally. Or was Rex just destined to be the goo that would stick two shattered souls together and prevent them from forever falling to pieces?

There will be blood, gore and nasty shit.

There will be watersports, crude, angry, sometimes sensual and other times just downright dirty and dysfunctional sex.

There will always be LOVE...

Because even villains understand the tortured scars love leaves in her wake.


He knew Wendigo wouldn’t follow him into this place. Any club, lounge, brothel that even hinted at the use of whips and chains freaked the pup out. Wendigo wasn’t weak. What irked Hades was that this shit still had a grip over Wendigo’s life. That he’d never had a childhood, he never once knew what it was to be a kid, to be happy. It tore at Hades to still see that shit haunt Wendigo’s eyes. And the brother did deserve some happiness. But he would never get it as long as he held on to the past.

He looked up at the sight in front of him. The upgrade had sure been worth it. Max had long talked about giving the VIPs their own private lobby. Before, they’d had a separate entrance via a short hall leading straight into the White Room. Now it held one as large as the main entrance. Hades moved past the black marble counter and stepped into the White Room.

He peered around, the fireplaces were unlit, but the antique ceramic stoves were already going. The light was set too brightly, bouncing off all the white in the room. And Dios, his dick went hard behind his leathers ’cause that thought sent images jumping into his head of a little fire kitten sprawled out naked on the plush carpet in front of one of those fires. Light dappling over the pale flesh of Rex’s body while Hades explored—each and every cut, mold and curve the boy’s muscles made—with his fingers.

Dios, he needed to get a fireplace installed. Hades closed his eyes and clenched his fists, vibrating as the growl trembled his chest.

Don’t motherfuckin’ make plans for a future you know for fuck will never fuckin’ be. He shouldn’t be touching Rex, tasting him, not again. He knew he should walk away ’cause he would make that kid break and that Hades didn’t want to do. But hell, fuck, couldn’t he at least allow himself some happiness before he went?

They come to me in the night, creeping into my head. Their voices are all different, their stories all dissimilar, but they keep saying the same thing…

“Show us, tell us, bring us into your world, and make us known.”

Then I sit and they take over. They tell their tales of love, loss and sinister misfortune. Not all of them get a happy ending, but they are pleased when their part is written.

I sometimes find myself lost in my own mind; a world very similar to our own yet so different. Things don’t go bump in the night— they squeal and crawl under your skin, making you grind your teeth, and making your stomach turn over and putting your nerves on edge. Then there’s the drama. Oh, the drama!

Wulf Francú Godgluck hails from South Africa. His work is not for the faint-hearted! In his books you'll find... all the beasties with their nasty claws and teeth, and some you didn't even know existed.

But the monsters aren't all real. Some live inside us. Who knows what he will make you discover about yourself, lurking in your heart, behind the closed walls in the deep, black recesses where no light penetrates? Wulf will steal your heart and never give it back. More than likely, he'll pin it to the wall with a bobbypin and sit there sipping his tea while you writhe and squeal on the floor... 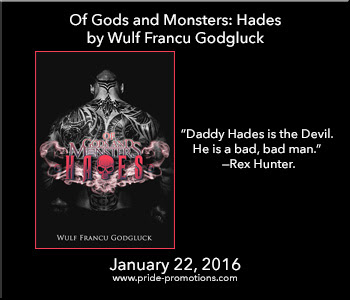