Broken in Silence by Katze Snow - Release Blitz with Excerpt

Darkness is a pleasure to be desired…

Darkness is a pleasure to be desired…

Tannerian Wulfric is a leader—a strong alpha who bows to no-one, especially those who try to undermine his authority.

When an opportunity arises, he grabs it with both hands and lets nothing get in his way. Trouble is, his brother has been caught in the crossfire of glorious retribution, and Tanner is in need of assistance.

For many years, Alex Jonas has lived his life in peace. But when fate lands him in the hands of his ex-lover and alpha, he finds himself in the centre of a feud he never knew existed, and must immerse himself in ways he had never imagined. One chance encounter, one night, and everything comes crashing down around him. Alex must fight for his life while Tanner fights for one thing and one thing only—vengeance, which has never tasted sweeter.

Can Tanner avenge his family’s death without spilling more blood? Or will his inner demon tear apart everything he has worked for, and lose the man who owns his heart?

When Alex opened his eyes, Tanner was right there in front of him. His heavy breath blew against Alex’s freckled cheeks, and his black, fathomless eyes were completely fixed on his face. Alex blinked and looked up, his breath hitching as Tanner’s huge frame towered over him. The alpha had an easy advantage on him, making him feel even smaller under his hardened stare. He was so close that he could smell Tanner’s scent. A strong whiff of tobacco and sea-water aftershave. And whisky. Well, that explained his sudden close proximity, then.

Whisky did this to Tanner—brought him close.

Alex tried to dismiss the scent crawling up his nose and down his trachea, but with Tanner so near to him, he could think of only him and how his world utterly immersed Alex with a simple gaze. An effortless tilt of his head, a brush of Alex’s cheek, and he became undone.

Alex shoved the alpha away, but Tanner grabbed onto his wrists and pushed their bodies against the sink, dipping his head to take Alex’s mouth. He worked a knee between his thighs, and Alex felt the force of Tanner’s strong leg lifting him up off the ground.

Alex was trapped, but fuck, he wanted to be—needed to be. He had waited so long to melt into Tanner’s arms he couldn’t restrain himself. Tanner’s world literally flooded around him, his eyes, his breath, his lips, and all he could do was cling onto him and aim to keep his head above the water before he drowned.

Ten years... Ten years it’d been since he felt the alpha’s lips against his, felt his tongue slide down his throat, arms folding around him. He carried him as if he weighted nothing, and in spite of his leanness, Alex was no feather-weight. But, Tanner lifted Alex up and sat him on top of the sink effortlessly, all the while fucking him with his tongue and grabbing onto his ass.

“What’re you doing, old man?” Alex rasped against Tanner, pulling away from his lips.
“Crazy mobsters like you don’t get jealous.”

Tanner merely smirked at him, his eyes raw with lust. He leant forward and nipped the bottom of Alex’s lip, catching it between his teeth.

“Just claiming back what is mine.”

He threw his suit jacket down onto the countertop behind and then began tugging at Alex’s red sweater and shirt. His dick hardened in his pants, aching to be released—to replace the memory—and guilt—of Tobias, and taste Tanner’s cock sliding into his mouth, down his throat, throbbing and slick with saliva…

“I can’t.” Alex pushed Tanner away with every fiber of his being and tried to compose himself; surprised to find he was short of breath. “My sister... She’ll be back soon. I’ve gotta…close up the shop. I’ve made plans tonight.”

He watched a shadow eclipse the alpha’s suddenly impassive features.

“Don’t tell me what to do just because you think you can!” Alex spat. “I’m not a child anymore. I don’t belong to you either, asshole, and you can’t just keep tossing me away like some disposable doll!”

There. It’d escaped Alex at last—how he truly felt about Tanner’s abandonment. How much anger he had harboured for him randomly telling him to up and leave him that day. To ‘vacate the manor by dawn’, and then just jump back into his life as though nothing had happened between them. This motherfucker had pushed him to his limits!

“When I tell you to do something, boy, you do it.”

“Are you defying me?”


Alex winced, but he held his ground. He’d had enough. Truly. Fuck this! 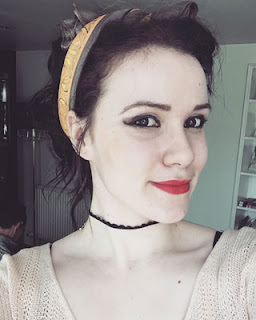 Katze Snow never learned when to shut up. Food and coffee are what encourage Katze to function in a semi-normal, sort of socially acceptable way. Doses of sarcasm and sass are what she lives for, and her wolf, Kiba, who is Katze's little furbaby. She's been writing since she was a child, but finally published her debut novel, Alpha's Bane, in Autumn 2016. While Katze also writes MF, MM is where her heart truly lies. Her writing is dark, gritty, and takes satire to a whole new level. Come and join her! But be warned: Katze likes her men dark, twisted and all kinds of fucked up, and she hopes you do too. 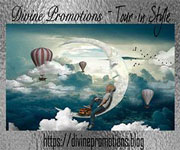