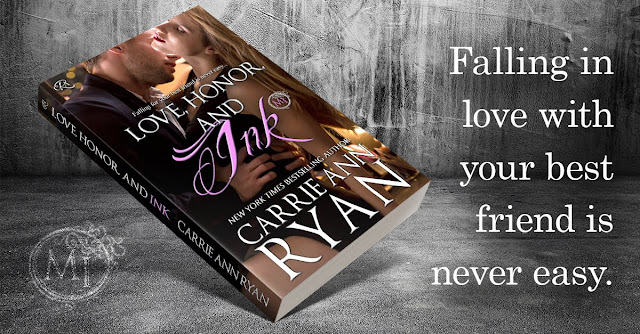 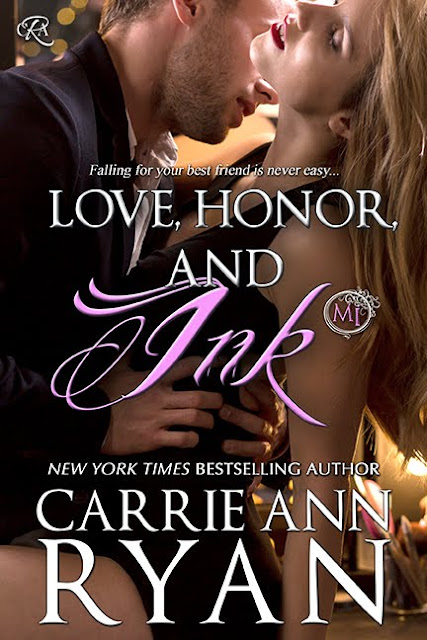 ABOUT LOVE, HONOR, AND INK:

In a bonus Montgomery Ink novella, it seems that falling for your best friend isn’t as easy as fiction says and friends of the Montgomerys might finally find their happy ever after.
Wedding planner Arianna King had everything planned out down to the last detail until her father's ultimatum changed everything. Now she’s alone, trying to open her own business, and seemingly failing at every corner. Just when things start to look even bleaker, she’ll find out just how much she can rely on her best friend—and herself.
Being in love with your best friend isn’t always easy as Harper Rosso knows. He’s been by her side since the beginning, but now that she finally has time to breath, he might just be able to show her what he could be for her. Only he’ll have to make sure he’s ready to take that chance and perhaps lose her forever.
Sparks fly between the two of them once they finally take their relationship to the next level. Only the burning temptation than fills them might not be enough in the face of what they left behind and what threatens their future.

Get your hands on LOVE, HONOR, AND INK: 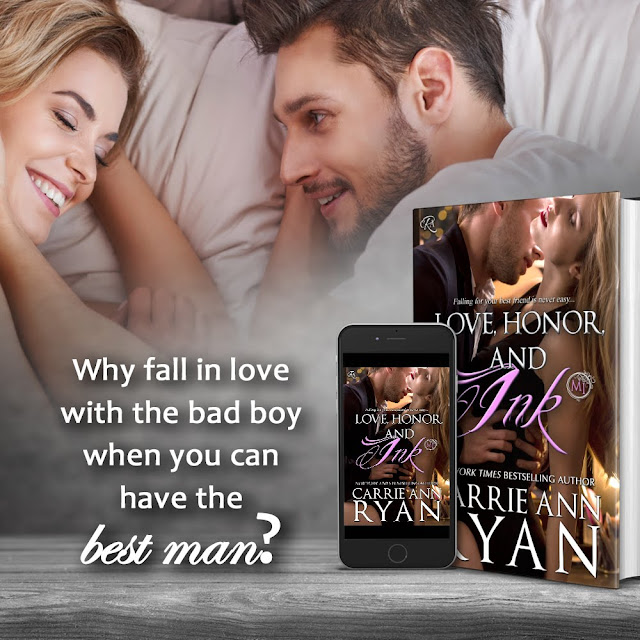 Love, Honor, and Ink is a novella within the Montgomery Ink series. While it can be read as a standalone, I'd recommend reading it as part of the series as there are characters from other books who make an appearance.

This is a short, sexy, yet sweet story featuring a friends to lovers romance with Harper and Arianna. We've previously met both characters before within this series as Harper works with Wes and Storm and Montgomery Construction, and Arianna is a wedding planner who is friends with some of the other characters in the series.

Harper and Arianna have been friends since they were young and next door neighbors for a while. However neither knows that the other wants to be more than friends. Things change in their lives after Arianna's father pulls some shenanigans at their wedding planning company and she ends up walking out. Harper stands by her side supporting her as she starts her own event planning company. He encourages her, ends up giving her a helping hand, but keeps his feelings to himself because he doesn't think she feels that way for him. Their emotions come to a head and what starts out as a one night stand evolves into a relationship and more.

This really is almost more of a short story vs a novella in this series. However it helped that the two main characters had known each other for so long. It made the friends to lovers storyline quite easy to believe and it fit both of their characters. The story did flow well and I loved their falling into their relationship. They had a pretty damn perfect connection they were just super stubborn and refused to tell the other how they felt.

Obviously if you're a fan of this series, this is a must read. If you've not read the series before this would be a cute way to dive in because while, yes, it's best read in order, you won't lose the entire Montgomery clan storyline by reading this first or out of order. This is definitely one to sit and enjoy because it'll leave you with a big smile on your face by the end.