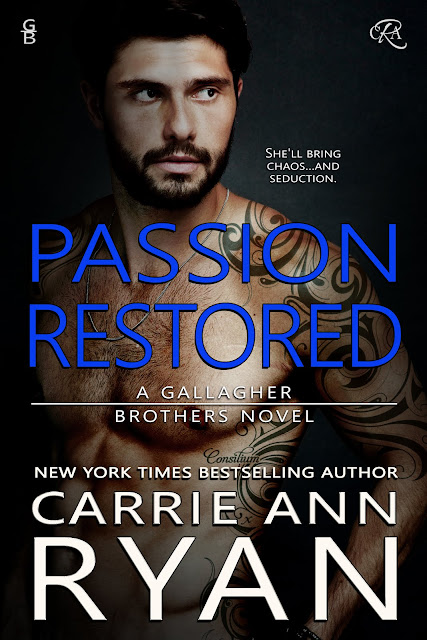 The Gallagher Brothers series from NYT Bestselling Author Carrie Ann Ryan continues with the one brother who thinks he can handle it all and the one woman who could change that.

Owen Gallagher likes everything in its place and is organized to a fault. While his brothers have each dealt with their own personal tragedies and stresses, Owen figures he’s had it pretty easy. That is until his perfectly ordered world is rocked at its foundation and he’s forced to rely on others. Now, he must heal his body and his soul while trying to ignore his delectable and utterly off-limits neighbor.

Liz McKinley is stressed out, exhausted, and not in the mood for a bearded and growly man in her ER. When she patches him up to the best of his ability, she’s prepared to push him firmly from her thoughts. Of course, that would be easier if she and her best friend hadn’t bought the house next to his. Now their paths seem to cross daily, and she is finding it harder and harder to say no to the injured and angry man next door. But she’s been scarred one too many times in her life, and even though this Gallagher looks good enough to eat, she knows that sometimes, sating that craving is the worst thing she can do.

Passion Restored is the second book in the Gallagher Brothers series which is a spin-off of the author's Montgomery Ink series. This is not a stand-alone book and is best read in order with the both series as many of the characters and storylines cross into other stories.

I've been a huge fan of this author's since her first Redwood Pack story back in 2011, so needless to say she is an auto-buy author for me for all of her books/series. That being said...I generally love all of her characters and I absolutely loved the adorkably sweet and loving Owen Gallagher. When it comes to his love interest though, I was left with a case of whiplash and a missed connection with Liz. I get that her past defines how she sees herself but someone so strong should have realized that she probably should have been in therapy to work through the damage caused by her childhood.

Now I don't hate the character nor did I not like the book... I actually enjoyed the story, especially when things worked with Owen and Liz, plus there is the bonus of the rest of the Gallagher and Montgomery clans surrounding these two. The story itself is well written, and has many sweet, funny, and very sexy moments between Owen and Liz. It's just that when she pulls away, she'd pull a total 180 and would leave me shaking my head.

This book does have a happy ending so don't fret over that, and again the story is well written, the characters are ones we've met before this just gives us more of a glimpse into various events in their lives along with more of the dynamic of the Gallagher Brothers. Next up in the series is the youngest Gallagher, Murphy's book, which I'm highly looking forward to reading since we know bits and pieces of his rough child and teen-age years.

While I've shared that the character of Liz didn't work well for me, I highly encourage all readers to form their own opinion by giving Passion Restored a chance and reading it yourself. As we all know what works for one reader may not work for others, and what doesn't work for this reader may definitely work for other readers. So go buy Passion Restored... fall utterly in love with Owen and watch him work through his issues with Liz till they reach their happy ending. 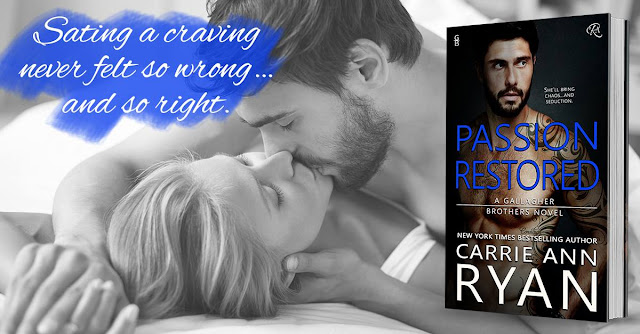