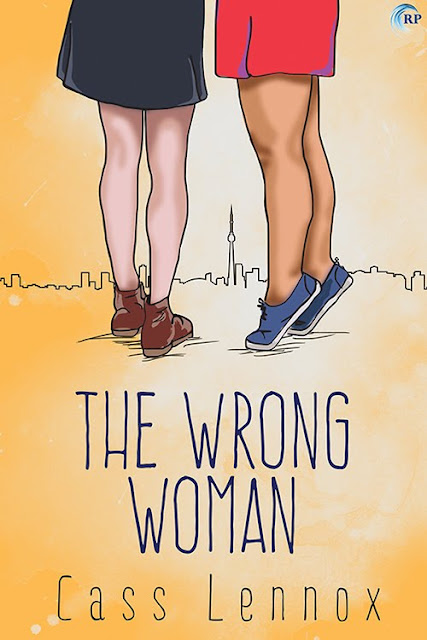 About The Wrong Woman

As an independent filmmaker, Katie Cherry is used to difficult shoots—but a band’s music video in a tiny lesbian bar is proving worse than most. Stress-busting, expectation-free sex with Zay, the calm, gorgeous bartender, seems just the ticket. But then she and Zay discover the band’s lead singer beaten into a coma in the bar bathroom. They need an alibi, but playing girlfriends is a role Katie’s never excelled at, so she can't see this ending well.

Zay Fayed-Smith is finally getting her life back together after her junkie ex broke it apart. She’s working part-time while pursuing her dream of being a lawyer, and definitely keeping things chill on the girls front. Of course, that’s when a crime happens in her bar and her ex shows up wanting to try again. “Dating” Katie seems like the best way for Zay to keep her head down and teach her ex a lesson.

Except pretty soon, the charade begins to feel less and less like acting. And when the attacker turns his attentions toward Katie, they have to cut through the lies to discover what’s real.

Music for The Wrong Woman

I had a lot of fun compiling this playlist. The Wrong Woman features a punk rock band, a bad attempt at a music video, and a lot of queer women, so that’s what guided my choices for this. There are a lot of recent songs openly about women loving other women, songs by queer women, songs I felt fit in, songs with excellent videos, and solid rock hits with awesome videos (like Seven Nation Army). It also spiralled me into a dedicated Tegan and Sara fan. I have no doubt I could’ve added about thirty or forty additional songs, and I’m always open for suggestions to add to this!

No time to listen to the full thing? Don’t blame you. Here’s a taster:

You Really Got Me, The Kinks
https://youtu.be/fTTsY-oz6Go

This makes a fun appearance in the very first chapter.

Tracy Chapman is an incredible musician, and everything she’s ever produced belongs on this list. This is an obvious choice, but oh my god, it gets me in my heart every time I listen to it.

This was a new song to me, and it’s so damn good! Such a shame this band is no longer performing.

If It Isn’t Her, Ani DiFranco
https://youtu.be/LyHF7nwmNxA

This kind of list wouldn’t be complete without Ani on it.

Not gonna lie, the video for this also inspired a certain something in the book. Read it to find out what!

About the Toronto Connections Universe 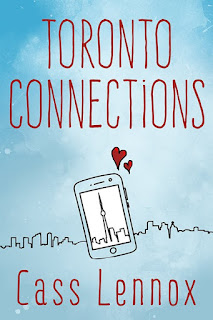 The winters might be cold, but hearts are warm in Toronto. Canada’s largest city is home to a big lake, a big tower, and a big queer community. People here are trying to get by like everyone else: pay the bills, deal with life in the city, and maybe find some happiness along the way with someone who’s sweeter than maple candy and more constant than a Canadian’s love for Timmie’s coffee.

For some, falling in love is a real challenge. For others, falling is the easy part—it’s the happy ever after that proves a little more difficult. But in the end, love is worth every complication, misunderstanding, and occasional swear word.

Cass Lennox is a permanent expat who has lived in more countries than she cares to admit to and suffers from a chronic case of wanderlust as a result. She started writing stories at the tender age of eleven, but would be the first to say that the early years are best left forgotten and unread. A great believer in happy endings, she arrived at queer romance via fantasy, science fiction, literary fiction, and manga, and she can’t believe it took her that long. Her specialties are diverse characters, gooey happy ever afters, and brownies. She’s currently sequestered in a valley in southeast England.

To celebrate the release of The Wrong Woman, one lucky winner will receive a $15 Riptide credit! Leave a comment with your contact info to enter the contest. Entries close at midnight, Eastern time, on May 27, 2017. Contest is NOT restricted to U.S. entries. Thanks for following the tour, and don’t forget to leave your contact info!