All Wheel Drive by Z.A. Maxfield - Blog Tour with Giveaway 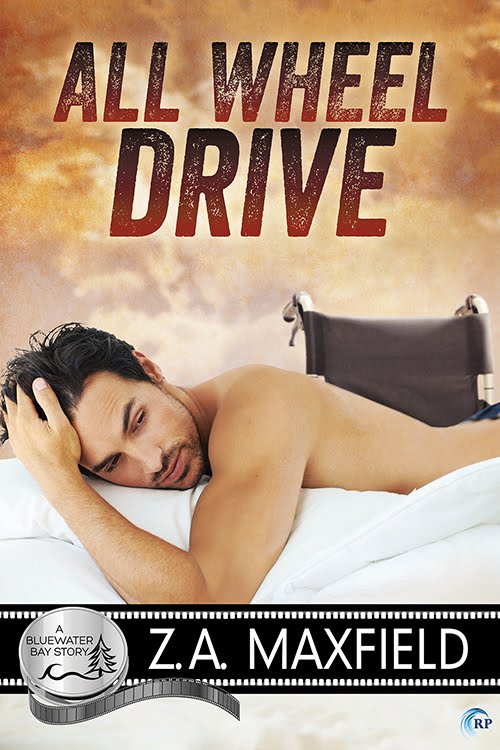 About All Wheel Drive

Healey Holly is battered, depressed, and looking to go to ground in his childhood home. He wants to rent the garage apartment, but it’s Diego Luz’s place now, and the last thing Diego wants is to share it.

Diego is recovering too—from the accident that put him in a wheelchair and the death of his mother shortly after. The garage apartment is where he’s keeping his mother’s things, and as long as they’re up those stairs and he’s down on the ground, there’s no way he can deal with his loss.  And that’s just how he likes it.

Healey believes in science. Diego believes in luck. It will take a blend of both, and some prayer thrown in besides, for these two to learn that it’s the journey and the destination that matters. 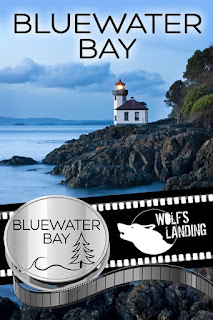 Welcome to Bluewater Bay! This quiet little logging town on Washington state’s Olympic Peninsula has been stagnating for decades, on the verge of ghost town status. Until a television crew moves in to film Wolf’s Landing, a soon-to-be cult hit based on the wildly successful shifter novels penned by local author Hunter Easton.
Wolf’s Landing’s success spawns everything from merchandise to movie talks, and Bluewater Bay explodes into a mecca for fans and tourists alike. The locals still aren’t quite sure what to make of all this—the town is rejuvenated, but at what cost? And the Hollywood-based production crew is out of their element in this small, mossy seaside locale. Needless to say, sparks fly.

Z. A. Maxfield started writing in 2007 on a dare from her children and never looked back.  Pathologically disorganized and perennially optimistic, she writes as much as she can, reads as much as she dares, and enjoys her time with family and friends.  If anyone asks her how a wife and mother of four manages to find time for a writing career, she’ll answer, “It’s amazing what you can accomplish if you give up housework."

To celebrate the release of All Wheel Drive, one lucky winner will receive an ecopy of Hell on Wheels and a $25 Riptide credit! Leave a comment with your contact info to enter the contest. Entries close at midnight, Eastern time, on July 15, 2017. Contest is NOT restricted to U.S. entries. Thanks for following the tour, and don’t forget to leave your contact info!