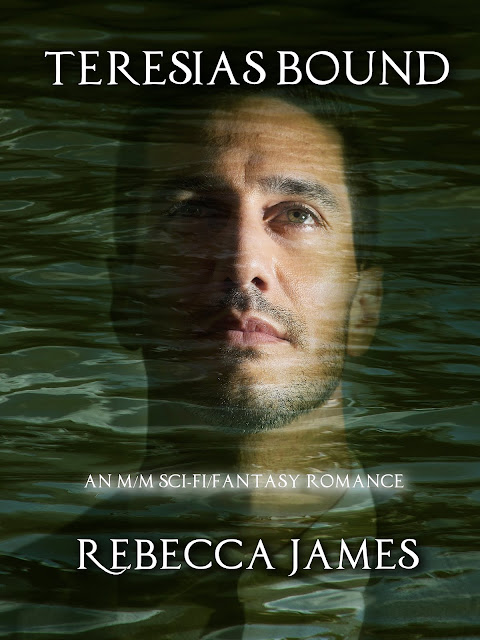 Aiden is a man in a woman's body. His dream is to fly to Aquarix where the elusive Fluens--the only species capable of changing his life record and physically making him a man--reside, and for years he's been working at a seedy brothel in Solarias to save enough money to make that dream a reality.
Lydo, the prince of Teresias, has spent his youth leading his father's army and avoiding his responsibilities on his home planet. On brief leave during a dangerous mission, he stops at a brothel and acquires the services of a feisty young prostitute who insists Lydo refer to her as a boy. Amused by the girl, the prince pays her way to Aquarix.
Aiden is euphoric at his transformation, but Lydo is more than a little disconcerted by the fact he is attracted to Aiden as a man. When it's time to part ways, Aiden fulfills his second dream by taking a job on a spaceship. Resigned to step into his expected role on Teresias, the prince returns to his homophobic planet. But as the king parades princesses before his son in hopes of a betrothal, Lydo finds his heart remains with a certain adventurous boy somewhere out in space.

“Good to know now you’re not a man of your word, before I start to trust you in any way,” Lydo said, face tight.

Aiden crossed his arms over his chest, still a little surprised at the feel of the taut, muscular pectorals rather than the soft breasts he’d lived with for so long. “You never believed me in the first place.”

Lydo bent close to Aiden’s face, and Aiden straightened his spine, refusing to be cowed. Tilting his head back, he looked at the big man face-to-face, heart rocketing into overdrive on multiple levels. Lydo was threatening, sexy, and unreadable, and if Aiden wasn’t careful, he was going to do something incredibly stupid like allow his crush to deepen into something much more dangerous.

“Are you able to get me out of here?” Lydo’s warm breath brushed Aiden’s face. “Or was it all a lie to get into my pants?”

Aiden sighed. “I could do it. The question is, is leaving what you really should do?” He put his hand on Lydo’s arm and touched the corded muscle of bulging bicep before snatching his fingers away again.

“There’s so much you could do here if you ruled as king. You saw those people, Lydo. The Konnics. They live a miserable existence on a barren wasteland because they have no other choice. If you were king, you could fix all that.”

Lydo’s eyes burned into Aiden’s for a long moment before the prince stepped away, putting some space between them. Inwardly, Aiden sagged with relief.

“You don’t know what you’re talking about,” Lydo grumbled.

Aiden considered that perhaps Lydo didn’t have it in him to be a good ruler. Remembering the sharp disappointment not an hour earlier when he’d realized it wasn’t Lydo giving him pleasure, followed by the twist of the knife when the Pusari female reported Lydo had been the one to send her, Aiden reminded himself only an acute sense of self-preservation had gotten him this far in life, and right then that sense was flashing a red light of warning.

Aiden’s desire for Lydo was blooming into something that threatened to throw him off course. The demanding, arrogant man who had come into the brothel had turned out to be more complicated than Aiden had at first thought. After managing to crawl beneath Aiden’s defenses, Lydo continually ran hot and cold. He seemed perfectly willing to give his body in payment for the favor he desired, yet he obviously had a problem with the concept of sleeping with a man.

Best-selling author of contemporary and paranormal gay romance, Rebecca James is an English major with a life-long love of reading and writing who found her niche in M/M romance.

Rebecca will be a supporting author at GayRomLit 2017 this October in Denver.  Let her know if you’ll be there and if you're one of her newsletter subscribers, she'll have a special gift set aside for you!