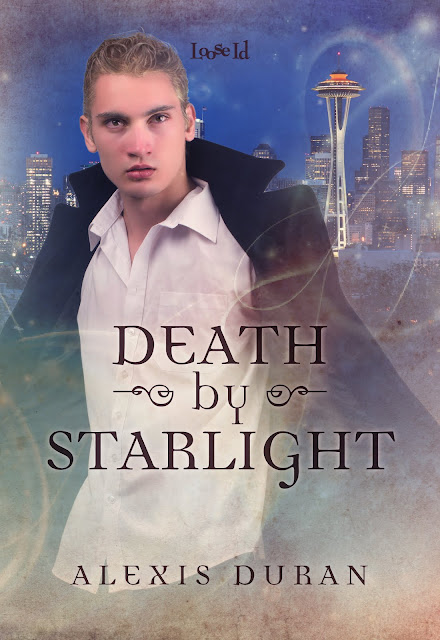 BLURB
In Betwixt and Between, Ian and Zeke fought a battle against the queen of the dark realm in order to be together. Now, just when they think they might settle into as normal a life as elves living among humans might be able to expect, a new enemy threatens to tear them apart. While Zeke helps the shaman Alistair in his hunt for an elusive mermaid, Ian is called to confront a wicked nymph preying on tourists along Seattle's waterfront. Zeke and Ian soon discover that the defeated Queen Ysolde has spread her evil into the sea realms, and danger lurks beneath every wave. But it's too late to stop an escalating series of confrontations that lead to disappearances, death and the possible end of light in this world.

As Ysolde plots revenge and a mysterious prince seeks to win Ian for himself, the ancient war between light and dark sweeps Ian and Zeke into its maelstrom of hate, testing their trust for each other to the utmost.

“What’s happening? Are you still on the waterfront?” The background noises from before were absent. The echoing quality to the call suggested she was in a large empty building.

“That’s the thing. She didn’t shove him in. She grabbed him and dragged him into this warehouse. Bitch is strong.”

“Which warehouse? Does she know you followed her?” Ian put his feet on the floor and hefted the book onto the table.

“Down south toward the industrial area. Uh, pier 46. Yeah, she knows.”

“Did you call the cops?”

“I did, but they laughed at me. Fuckers.”

“Did you use the word nymph?”

“It might have slipped out.” Dijeree took a deep, ragged breath. “Listen, Ian, you were right. She’s got fangs. She acted all coy and flirty until he got close, then out came the choppers and she went all Vampira on his ass. I tried to keep him back. Told him to just take photos, but he was determined to get the story. Getting the headline today went to his head. He’s tired of you getting all the juicy leads.”

“Well, now he’s the juicy one, and she’s gonna suck him dry.”

“I don’t know. I don’t know what nymphs do with their fangs.” He stood and paced. “Listen. Get out of there. Call the cops again and report a fire or something they can’t ignore. Tell them he’s drowning.” Ian paused, hesitating ever so briefly. He hated to break his promise to Zeke, but this was an emergency. Zeke would understand. Hopefully. “I’ll be there as fast as I can.”

“Someone has to restore the balance between light and dark energy. I’m one of the last of my kind. I might be the only one who can do it.” Ian slid his hands off the table and rested them on his thighs. He expected derisive laughter from Zeke or a gentle clucking accompanied by a sad shake of the head. Sure, Ian Evers, nobody reporter for a gossip rag, half-breed elf, was going to save the world and fix what Ysolde spent centuries destroying.

Zeke’s face remained impassive, but a storm brewed in his eyes. “You’re not the last of the liosa. Others escaped.”

“I might as well be. They’re all gone, run off to hide out beyond…” Ian waved a hand in the air, signifying that remote world he sometimes glimpsed when they made love.

Glaring out the windows into their backyard, Zeke breathed deeply but said nothing. Ian continued.

“If I start with some miniscule adjustments, push back against the places the dark realm has encroached on this world, maybe some liosa will come out of hiding.”

“They won’t like you being with a svarta,” Zeke said.

“That’s their problem. I know I might never be buddies with other liosa, but we could use their help, right? If Ysolde is plotting to retake her throne like you say, and the svarta are behind her—”

“Only some of them. We don’t need anyone’s help.”

“Yes, we do. We never would’ve defeated Ysolde without Alistair’s and Cleona’s help.”

Zeke leaned forward, his gaze now focused intently on Ian. “We’re stronger now. We need to concentrate on solidifying our connection and making sure no one can break it.”

“You think someone could?” Ian asked. Surprised by the fear he saw lurking behind his lover’s composure, he instinctively put his hands on the table and reached for Zeke’s. Zeke allowed his hands to be held without reacting.

“You couldn’t track me in the dark realm,” Zeke said. “I’m afraid the same would be true if you ever go off into the realm of light. I’ll lose you.” 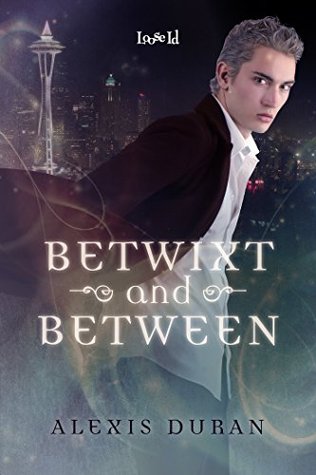 BLURB
Reporter Ian Evers, obsessed with magical creatures since childhood, never experiences satisfying proof that the magical realm actually exists until he falls into an entrapment spell set by a handsome but dangerous elf. Barely escaping with his soul intact, Ian is able to undo the hex, but he can't escape the very real infatuation he's developed for the fierce, alluring elf.

Ezekiel Stormshadow is a svarta, a dark elf who serves the queen of the dark realm. The realm of darkness needs the power of light to survive, and while hunting the last few magical beings on earth, Ezekiel discovers Ian, a light elf who's unaware of his true nature and ripe for the plucking. Their brief encounter awakens a great hunger in Ezekiel, and he's determined to feast on the light elf's power and body before the queen intervenes and claims Ian for herself.

Ian knows only he can save Ezekiel from the grasp of the dark queen. Driven apart by the ancient imbalance between the dark and light realms, an evil queen starved for power, and their fear of each other, Ian and Ezekiel are relentlessly drawn together even though their union might destroy them both.

Find Betwixt and Between on Goodreads
Purchase: Amazon US | Amazon UK | Loose ID 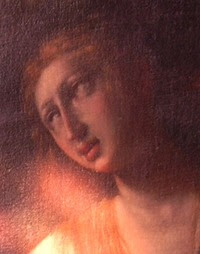