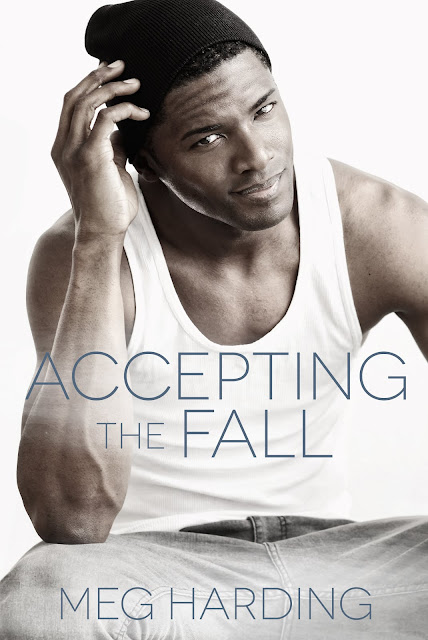 Accepting the Fall by Meg Harding

Book blurb:
Confronting the past is never easy.

Cole Whitaker is happy. He has the job and boyfriend he always wanted. His heart’s in no danger of being broken, and he can’t ask for more from life. As a kindergarten teacher, he sees it all; however, one troublesome student has him reaching out to the parent, wanting to help. There’s something about Savanah that tugs at his heartstrings.

He never expected her father.

Zander Brooks hasn’t had an easy life, and he’s made some mistakes. Freshly retired from the military and working as a firefighter, Zander thought he’d left Cole in the rearview mirror. He’s not expecting him to appear in St. Petersburg, Florida, of all places, teaching his daughter’s kindergarten class. Suddenly, his biggest mistake is being shoved in his face.

This is Zander’s chance to close a door he’d never fully shut, but time with his former flame might change his mind.

Author Meg Harding’s take on Accepting the Fall: “Not everything is perfect, and it’s not always going to go right the first time around. It’s not any less special because it was flawed.”

Praise for Accepting the Fall: “A character driven, second-chance romance. Recommended for anyone craving a low-angst, tender, contemporary story stuffed to the brim with feels and sweetness.” – Piper Vaughn


“I’ll handle this,” he said. He fished around in the backpack he’d brought along and withdrew a small pill bottle. “Ibuprofen. Take one.” He held it out.
Zander glared. There was a drop of sweat beading at Cole’s temple and his hair—what could be seen of it poking from the hat—was curling. Zander simultaneously wanted to see Cole looking similarly hot and flushed while underneath him and to tell his upbeat ass to fuck right off with his ibuprofen and sunny attitude.
Cole shook it, his lips twitching. “On second thought, take two or three. Your eye’s started to twitch.” Whatever restraint Cole had been using must have escaped him, and he let a smug smirk takeover his stupidly handsome face.
Before common sense was able to get a word in, Zander stepped forward. The animal instinct part of him had one goal in mind: kiss the smirk till it went away. Their past didn’t matter in the present. Cole was here and everything about him tugged on parts of Zander he didn’t know what to do with. Only Cole had ever made Zander’s brain go blank with need. Cole turned Zander into the kind of person Zander didn’t know how to be, and much like in the past, it was irresistible.
And terrifying.
Unlike his seventeen-year-old self, the adult Zander did now—deep down—possess the tiniest inkling of self-control. It was this iron will that enabled his common sense to kick in right as the tips of his shoes brushed the tips of Cole’s. Cole’s hand, bottle covered by his curled fingers, pressed against Zander’s diaphragm. Zander could feel the jut of Cole’s knuckles through the thin fabric of his shirt. Cole’s eyes were wide saucers, the blue almost entirely swallowed by the expanding black of his pupils.
It was the same look he’d given Zander on the bus.
Zander sucked in a shaky breath and on legs that felt wooden, took several steps back. He held his palm out and Cole let the bottle fall, landing dead center. “Thanks,” said Zander, far too huskily. 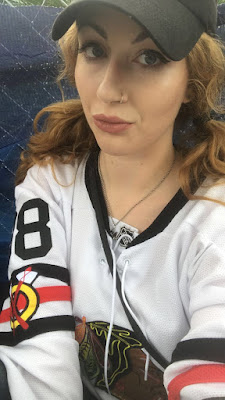 Meg Harding is a sucker for things on four legs and works as a pet sitter when she's not writing. She's an editor and a lover of fanfiction. She enjoys the theatre, concerts, and lazing about in front of the TV. Meg Harding is a graduate of UCF and Anglia Ruskin, with a bachelors in Psych and a masters in publishing. For as long as she can remember, writing has always been her passion, but she had an inability to ever actually finish anything. She’s immensely happy that her inability has fled and looks forward to where her mind will take her next. She’s a sucker for happy endings, the beach, and superheroes. In her dream life she owns a wildlife conservation and is surrounded by puppies. She’s a film buff, voracious reader, and a massive geek.

Giveaway: Win 1 of 2 back catalog e-copies of any Meg Harding book!