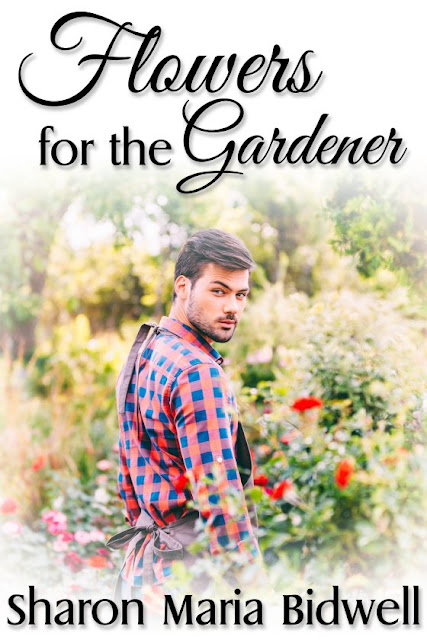 A warm-hearted rich man's son, Richard Gardener needs to overcome three obstacles: find a way the family business can run without him, help his mother cope with grief, and stop butting heads -- and other parts of his anatomy -- with the gardener.

Ethan Fields has worked for the Gardener family for many years. He’s struggling with debt and the desire to leave, and has loved Richard far longer than the man would believe. Ethan can cope with most things, but his anger with Richard’s mother won’t fade. Until that and his feelings for Richard are resolved, he feels trapped and, alas, the idea that sex will get Richard out of his system isn’t working.

To make the situation worse, both men assume too much and don’t say the right words, and Ethan’s offer of ‘just sex’ grows more complicated by the day. Can Richard and Ethan stop getting their wires crossed before their paths diverge? 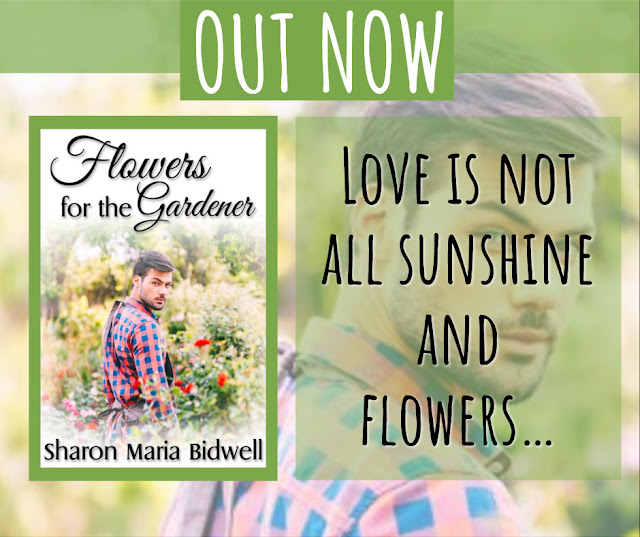 Sounds of splashing made Ethan glance over his shoulder, witness to Richard's ineffectual efforts to clean his hands. While the teakettle worked away making a noise in the corner, Ethan tore off a few sheets from a roll of blue paper, tougher than the type intended for kitchen use, and handed over the wad.

"Wipe yourself with this first and pull back those sleeves. I'll change this."

He took the dish of now dirty liquid and tossed it out. By the time he walked back, the pot -- always so-called by his father -- started the little familiar jig before clicking off. Time they got a new one but no point asking for these things. No one up at the house would pay for them while those who worked on the estate could 'make do'. Ethan must wait until the appliance blew up or died. He made busy pouring out cold and hot water before handing over a small screwdriver.

"You might wanna dig out some soil if the brush don't get rid of it all." Not to say a little dirt on Richard Gardener wouldn't be an improvement.

Much improved by the view of things. Those grey-green eyes were brighter than Ethan recalled. The boy now a man and broader in the shoulders, and ... a quick glance to make certain and, yes, Richard filled out his trousers well. A number of people might find it strange Ethan noted Richard's eyes before giving his body and crotch a once-over-many people believed a person's eyes a female preference -- but a bright gaze always attracted Ethan.

He set to making tea, including one for Richard, though he didn't bother asking if his boss wanted any. The man needed brains more than tea. Damn fool to come out without a jacket in this weather, which ... fine, so had Ethan, but he worked, built up a sweat, and he didn't react to winter's bite like the rich boy, more used to it. The reason Ethan gave Richard warm water was owing to how red his fingers were; so, too, his cheeks. Digging into the soil with bare hands ... the idiot was a walking invitation for frostbite.

"Sugar? Or are you sweet enough?"

Well, damn. Richard flushed. Ethan tried to hide his amusement, unable to tell whether he succeeded. "You can sweeten it as you like, or not." He put the mug near the other man who eyed it, gaze narrowed, lips pursed under a lowered brow. No doubt he suspected to find it laced with weed killer. Didn't take it, but he was preoccupied, still cleaning his nails. Be no surprise, though, if the tea went untouched. All because Richard didn't trust him. Might be worth his while to do something about the dislike.

Richard became a statue, revealing he recalled, all right. So many emotions flittered over his face. Back then, the little Lord of the Manor washed more than his hands. The memory flashed vibrant, the clear sky on a chill afternoon transformed into the blistering heat of high summer by his father's fury. Regardless of age, Ethan's dad had dragged both of them in, one to clean up and one to wait until the other left, intending to give Ethan a hiding, or so Ethan had believed. Turned out his old man didn't have it in him to hit his son, though the margin was narrow. Understandable, with his father afraid of losing his job and livelihood.

The promise -- never to touch Richard again -- Ethan kept, for the most part because of a lack of opportunity.

Last time when Richard stood in this hut, the boy wiped blood and mud off his face before running back to the house. This time, Ethan planned not to let Richard escape.

A writer from the UK, Sharon doesn’t get out much these days. She’s too busy creating vibrant worlds and characters to share with others. She writes fiction both light and dark in various genres. She has been approached on occasion to write articles such as reports and publicity material, though her focus will always be story-telling. She loves writing, reading, movies, the theatre, her garden, and seeing other parts of the world, but not the hassle of travelling. Wherever she happens to hang her hat, she lives primarily in a world of her own.

Head over to Sharon's website for a fabulous giveaway here.