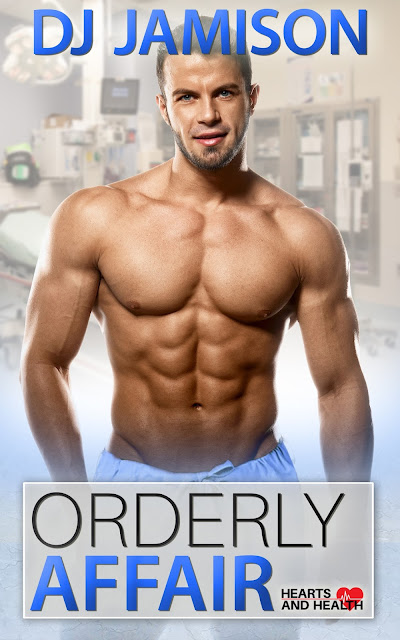 A hospital orderly explores his bisexuality with an adorably geeky lab tech, but can their sparks lead to love outside the closet?

When Ian Connolly installs a hookup app to explore his long-suppressed attraction to men, he doesn't expect to connect with anyone he knows, especially not lab tech Callum Price. But from their first scorching encounter, he's hooked.

Callum hasn't had the best luck with love, and he's suffocating under a pile of responsibilities. But when he sees an opportunity to blow off steam with Ian, he takes it. The man is smoking hot, big all over, and sweet as pie.

Their chemistry is off the charts, but a relationship is more challenging. Callum remains stubbornly self-reliant, while Ian tries too hard to be his rock. But if Ian can be honest with his family about loving a man, maybe Callum can admit his own truth: He wants a man he can count on, a man just like Ian.

Here’s an excerpt of an app hookup that serves as the catalyst for Ian and Callum’s relationship. Enjoy!

The orderly was six-foot-four, compared with Callum’s modest five-foot-eight height. Broad and muscled, Ian could toss Callum across the room with very little effort. That sent a thrill of fear through his body and a frisson of excitement straight to his cock.

You are one screwed up puppy.

Callum knew the guy from the app might be someone he knew, but he never would have guessed him to be Ian “straight guy” Connolly.

He licked his lips and raked his eyes over Ian’s chest and stomach, too obscured by the loose scrub top to hint at the goodies beneath. “I didn’t know you were ...”

“Me either,” Ian said. Then coughed with embarrassment. “I mean, I’m bi and just now exploring my ... curiosity.”

“Bi or bi-curious? They’re not the same.”

“Are we really going to have a serious talk about sexuality in the john?”

Ian had a point. Callum’s pulse raced, sending all his blood south and muddying his thoughts, as he stared at BigBiGuy. Ian. He knew the hospital orderly only through a loosely organized group of hospital staffers who played basketball every now and then. They nodded and smiled hello in the halls, but their paths didn’t cross all that much.

Yet, here they were.

Callum had noticed Ian was a big guy; it would have been impossible to miss. But he’d filed him into the unavailable category with all the other straight men, and as a result, hadn’t fully appreciated the man’s body.

He wasn’t about to miss an opportunity to correct that mistake.

“Take off your shirt.” 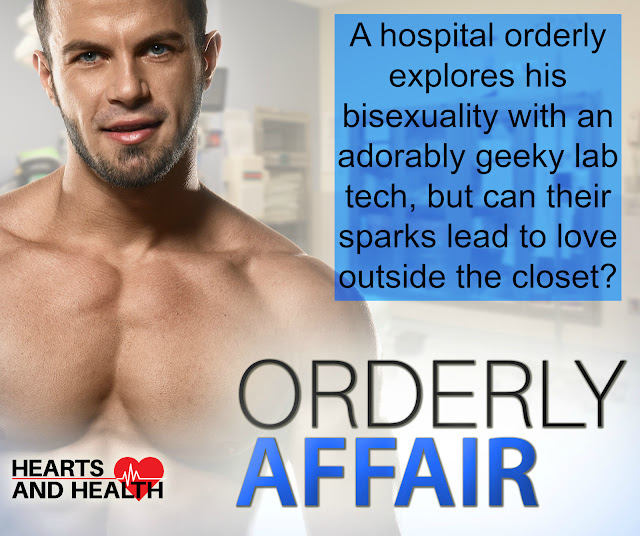