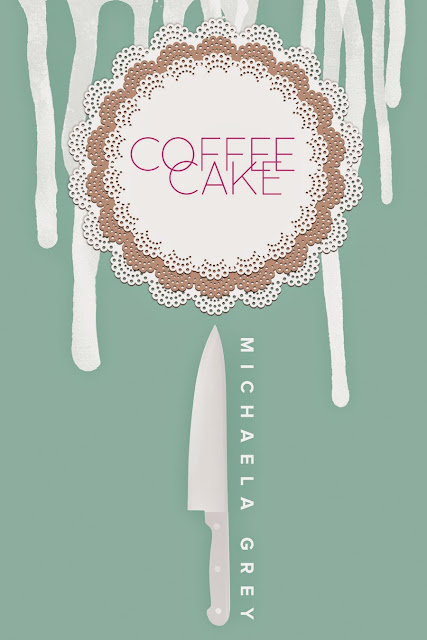 Blurb: Bran Kendrick never expected to fall in love. He’s asexual, after all. What chance does he have of finding someone who’ll see past that? So when Malachi Warren catches his eye, Bran tells himself his crush will pass. Malachi disagrees. He has been attracted to Bran for some time, something he is delighted to find Bran reciprocating. They begin to date and feel their way through an intimate relationship that meets both their needs.
Suddenly Bran finds himself juggling a new boyfriend, a demanding job, and a college degree he’s not sure he wants, but he couldn’t be happier—until a series of seemingly random accidents befall Malachi. When they escalate, Bran realizes someone is trying to take away the best thing that ever happened to him, and he must scramble to keep Malachi safe while they search for the would-be killer.

I'll admit I was sucked into this one from the first chapter and pretty much didn't put it down until I finished the book.

Bran and Malachi both go to the same university, and see each other in passing most days as they go to and from classes. Both are secretly, well not so secretly attracted to the other. Bran is an introvert and has absolutely no clue that Malachi is or could even be attracted to him. While Bran doesn't have self-esteem issues he's just not aware of himself as sexually attractive to someone. So he really can't imagine outgoing Malachi as even able to see him. Mal has absolutely no problem seeing Bran, in fact he wants to see more and more of Bran but isn't exactly sure how to go about it.

Finally things happen to get Malachi and Bran together and it goes on it's path from there even with Bran's being unsure of his own sexuality. It's not so much that he's unsure, it's that he's not aware of the differences and variety of asexualism because he's not really had to learn about it before meeting Malachi. Mal figures out Bran is ace and sets him on his own discovery of what interests Bran. While Bran is asexual, he is not completely uninterested because he enjoys giving his partner pleasure and he, Bran, craves another's person's touch, just not in a sexual way.

This was my first book with a character that identified as asexual and seeing how the author showcased Bran was well-done. I enjoyed reading Bran's self discovery and his interaction with Malachi and eventually the others around them in Mal's circle of friends. I also completely adored Malachi, he's a bit of a scene stealer and a total heartbreaker! You can imagine that boyish grin as he pulls pranks on all his friends, and it will make you laugh. It was interesting to see, when things got heavier toward the middle and end of the story, how Bran shores up Malachi's self-confidence. While you think Mal's an extrovert, he should be rocking the self confidence, he actually suffers huge self doubt in a very introverted kind of way.

The only detractor to the story for me was kind of the whole mystery around what was happening to Malachi. While it was a secondary plot, I would have rather had more time for Mal and Bran to explore their relationship and boundaries while not dealing with heavy situations. I know adversity can make a relationship stronger and bring feelings to the fore quicker, there's something to be said for exploration and slow burn.

Coffee Cake was a really good story with well-written extremely likable characters and I almost hated hitting that end note on my Kindle. I truly wasn't ready to say goodbye to Malachi, Bran, Tristan, Callan, and all the others. I hope the author plans on doing a book for Tristan or Callan. And yes I know...Callan wasn't labeled as gay or bi in the story, but a reader can dream after all.

This is one newer author to watch readers and definitely one to pick up and discover.

Michaela Grey told stories to put herself to sleep since she was old enough to hold a conversation in her head.  When she learned to write, she began putting those stories down on paper.  She and her family reside in the Texas hill country with their cats, and she is perpetually on the hunt for peaceful writing time, which her four children make difficult to find.

When she’s not writing, she’s knitting while watching TV or avoiding responsibilities on Tumblr, where she shamelessly ogles pretty people and tries to keep her cat off the keyboard.

Get a chance to win a signed paperback copy of Coffee Cake!
Enter the Rafflecopter NOW.
a Rafflecopter giveaway

May 11: Fangirl Moments and My Two Cents || Andrew Q. Gordon


May 12: Elisa - My reviews and Ramblings || Carly’s Book Reviews


May 18: Nessa’s Book Reviews || A Celebration of Books


May 21: Because Two Men Are Better Than One || Love Bytes Reviews