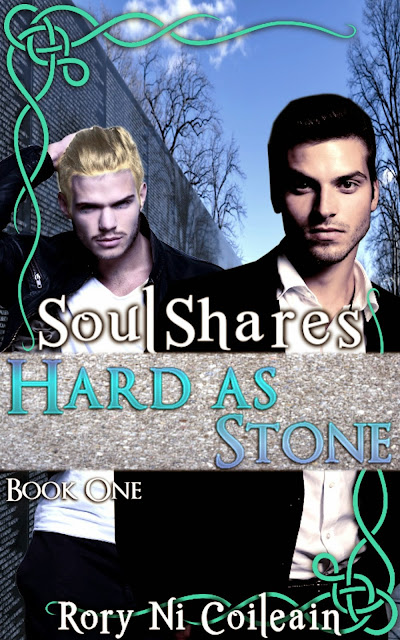 Tiernan Guaire was exiled from the Fae Realm a century and a half ago for his brother’s murder. His soul torn in half, he lives by his vows—never to trust, never to love. And if he can only be whole by finding and loving the human with the other half of his soul? He’s content to live broken and half-souled.

Kevin Almstead’s future, the career he’s worked for as long as he can remember, has been taken away by a vote of the partners at his law firm. Chance brings him to Purgatory, the hottest all-male nightclub in Washington, D.C., to a meeting with a Fae, with long blond hair, ice-blue eyes, and a smile promising pleasures he’s never dreamed of. But there’s no such thing as chance.

But Tiernan isn’t the only one to find Kevin in Purgatory. The most ancient enemy of the Fae race sees in the handsome lawyer a way to destroy the world from which it, too, was exiled. And only the strength of a true SoulShare bond can keep it from what it seeks. 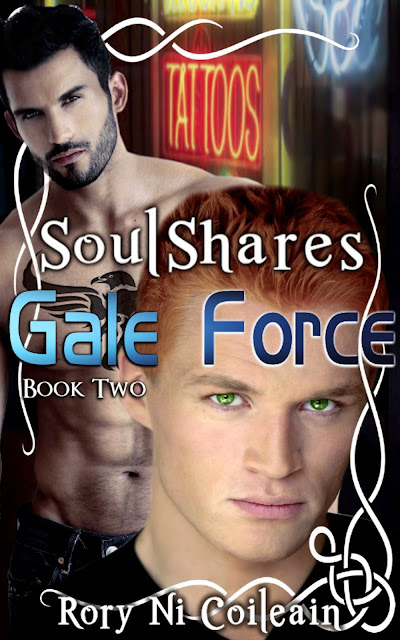 Conall Dary is the mightiest mage born to the Fae race in more than two thousand years, ever since the Sundering of the Fae and human worlds. But that power condemns him to an untouched, virginal life—sex calls to power, and his power is enough to drain the magick, the life, from his entire world. Exiled from the Realm for refusing to turn his talent to service a Noble’s petty revenge fantasies, his soul is torn in two and his magickal gifts blocked.

Josh LaFontaine is a gifted tattoo artist with a heart of gold. While doing a good turn for an ex-boyfriend, he’s stunned when a gorgeous red-haired twink appears out of nowhere at his feet during New York City’s Pride march.

The Marfach was thwarted in its first attempt to capture a Fae. But when a terrible accident separates Conall and Josh before they bond, it’s a race to see who finds the mage first, the monster who will use him as a weapon to destroy his race, or his SoulShare. 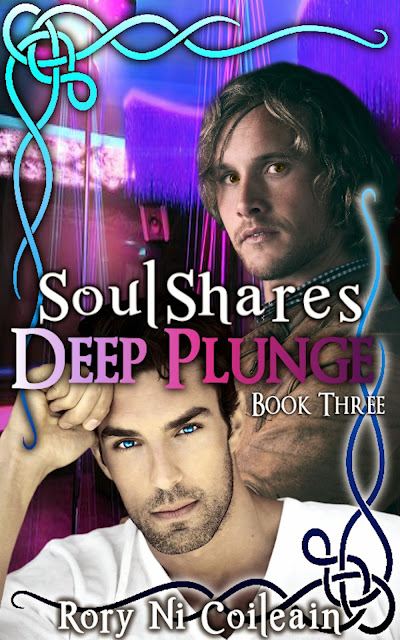 More than two thousand years ago, the healer Lochlann Doran was the first Fae to leave the Realm after the Sundering of the Fae and human worlds. After centuries of wandering the human world, seeking his SoulShare, he has spent all his magick, and lost all his hope.

Garrett Templar is the star pole dancer at Purgatory, the hottest gay nightclub in Washington, D.C. If his past hadn’t taught him the futility of hope, his present surely would; HIV-positive since age 18, his illness has suddenly and inexplicably mutated into drug-impervious AIDS.

A SoulShare bond with Garrett may give Lochlann back his magick, his gift of healing. But it also might kill him. And if he survives the return of his magick, the Marfach and its host are waiting to use the dancer as bait in a deadly trap. Only an impossible love can save them both.
And everyone knows Fae don’t love…. 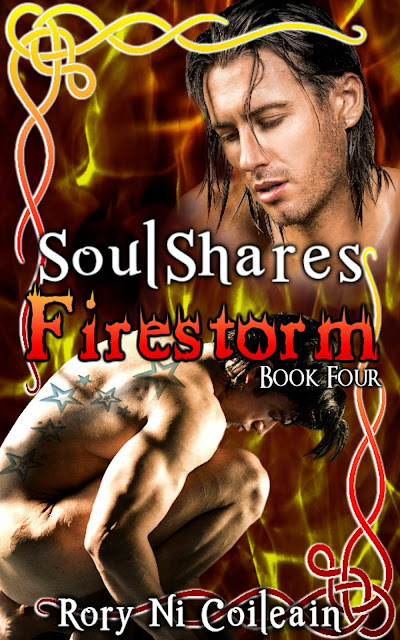 Rian Sheridan is a foundling, a Falls Road corner boy, whose world went up in flames beside an Orangemen’s bonfire of hatred last July the Twelfth. A pain he barely remembers is a siren’s call, taunting him, daring him to find its source and lose himself to it. And he searches in the only place he knows, the S&M underground of Belfast.

Cuinn an Dearmad is the last surviving Fae Loremaster. He’s just seen the beginning of the death of the Realm, the home of the Fae race and their haven from the twisted evil of the Marfach. The only hope of saving the Realm starts with finding the Prince Royal of Fire he himself stole from the cradle, sent through the Pattern, and lost in the human world, many years ago. He has a few guesses about where that hope ends, none of which bode well for him.

Rian and Cuinn are an impossible pairing, two SoulShared Fae. Any two Fae strike sparks, but these two Fae are an explosive combination. Drawn into an escalating series of sexual collisions, their passion will save—or destroy—two worlds.


Fingertips stroked the back of his hand, gently, possessively, and Kevin fought to suppress a shiver. Not hard enough, though, because there was that smile again. A lazy, sensual smile that absolutely should not be on the lips of anyone he hadn’t spent at least twenty-four hours having mind-blowing sex with. Which short list did not include anyone of this seductive blond’s gender.
Yet.
As if he’d heard Kevin’s thought, the man arched that ringed eyebrow; the grip on his hand tightened, a thumb slid around to stroke his palm. “You don’t even know why you’re here, do you?”
“And I suppose you do?” His voice came out gruff, harsh; the air thrummed around the two of them, tingling with a dark electricity.
The blond chuckled, a sound like warm honey. “You’re buttoned down tight, lanan. And you came in here because…”
Shit.
“Secretly, you want someone…”
Damn, damn, DAMN…
“Someone like me…”
Long thick blond hair. Black leather jacket, gleaming with a sheen like melted butter in the flickering light from the bar. White muscle shirt. Jeans first painted on and then sliced half off. God damn. 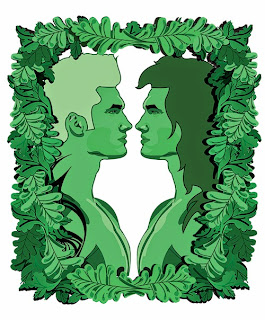 Rory Ni Coileain majored in creative writing, back when Respectable Colleges didn’t offer such a major, so she had to design it herself. Her university boasted one professor willing to teach creative writing, he being a British surrealist who went nuts over students writing dancing bananas in the snow but did not take well to high fantasy. She graduated Phi Beta Kappa at the age of nineteen despite him, sent off her first short story to an anthology being assembled by an author she idolized, got shot down in flames, and found other things to do, such as going to law school, ballet dancing (at more or less the same time), and nightclub singing, for the next thirty years or so, until her stories started whispering to her. Now she’s a legal editor and the mother of a budding filmmaker, and is busily wedding her love of myth and legend to her passion for m/m romance. 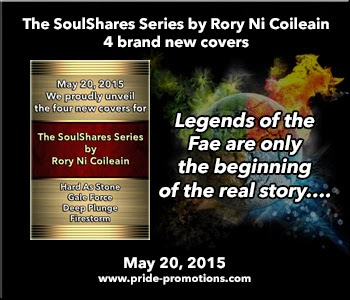 Rafflecopter Prize: Copy of ‘Hard as Stone’ when it becomes available