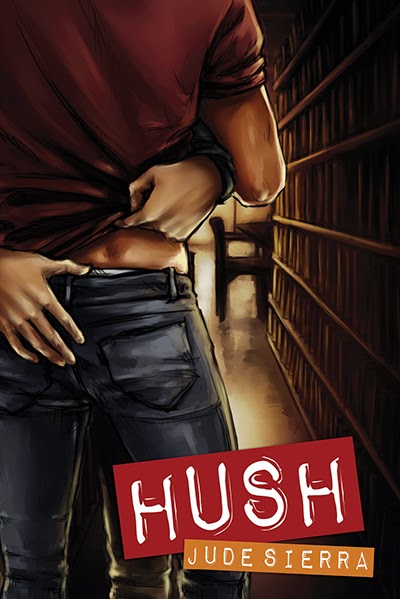 Wren is one of “the gifted”—a college sophomore with the power to compel others’ feelings and desires. He uses his power as a game of sexual consent until Cameron, a naïve freshman, enters his life. As Cameron begins to understand his sexuality and gain confidence under Wren’s tutelage, Wren grows to recognize new and unexpected things about himself. Can their game become a relationship as the power shifts from teacher to student?

Excerpt:
Wren looks… different. His eyes are wide in what seems almost like surprise. His lips, darker than Cam’s ever seen them, tremble. Cam doesn’t need any of Wren’s abilities to catch that Wren is overwhelmed. The only thing Cam knows how to offer is what he himself would want.
“Kiss me?” he asks.
Beautifully, Wren doesn’t resist. His clothes are rough against Cam’s skin all those zippers are so cold where Cam radiates heat. When Wren drapes himself on top of Cam, his body is heavier than Cam had imagined. Wren kisses Cam softly, seeking something, and Cam wants to believe it’s from a feeling of closeness, something sweet like the gratitude he feels right now. He cannot believe he just did that—that he let Wren do that. Hulled and shaking, Cam lets his hands wander because even after that perfect storm of pleasure, there is an itch under his skin for more.

Jude Sierra first began writing poetry as a child in her home country of Brazil. Still a student of the form, she has expanded her repertoire with her first novel, Hush.
She began writing long-form fiction by tackling her first National Novel Writing Month project in 2007, and in 2011 began writing in online fan communities, where her stories have thousands of readers.

Wicked Faerie's - What are your favorite snacks or munchies when you’re writing?

Jude Sierra - Tortilla chips – I have a serious problem, I am famous for it. I leave a trail of crumbs behind me at all times. Also craisins. In the process of writing this, I have consumed an inadvisable amount of them, actually, and my stomach is not happy. I also drink tons of La Croix, which is a sparkling water that’s flavored but has no sugar or additives. My favorite flavor is their peach pear, followed by coconut.

JS - I tend to read several books at once. So Go Your Own Way by Zane Riley and Isla and the Happily Ever After by Stephanie Perkins. I’ve been working, slowly, on re-reading an old favorite, Ebola, by William Close. I wanted to be an epidemiologist when I was a kid, and I have tons of creepy books on weird viruses that I love.

WF -  Who’s your all time favorite character from either your own books or another authors?

JS - Oh my god this question is so hard! It is really so hard to pick from many, but I think I’ll pick Lord John Grey, from the Outlander series. He was the first queer character I’d encountered in fiction. I think I met him, fictionally, in 1998.  I was 16 at the time, attending Catholic school and being raised in a conservative home and state. I connected with him instantly; it wasn’t until I went to college and started to learn about the world that I began to understand how important it was to me to meet a gay character in a life where no one I knew was supposed to be gay, where I didn’t even feel safe considering that I might not be straight for years and years.
I love Lord John because he’s kind but made of steel, intelligent and flawed and utterly unashamed of who he is. He lives in a time where it is dangerous to act on his desires (although he does navigate them). But never in all of the books he appears in is he in any way ashamed. Gabaldon gives him stories in which he is gay, but they aren’t about him being gay. He has love affairs and desires, but also adventures and intrigue; he solves mysteries and goes to war and raises a child that isn’t his out of a deep love for his best friend.  He’s witty and sharp and unnervingly honorable. I will buy any book that features him in anyway, any time.

WF -  Do you listen to music when you write? Or do you prefer TV or no noise at all?

JS - Absolutely I listen to music. I make playlists as I go. I listen to the radio in the car while I commute and try to settle into the headspace of the story I am creating. Whenever a song comes on that moves me or might provide a seedling, I use my Shazzam app to tag it so I know to add it to a playlist. I cannot write without music. TV becomes a white noise that can be grating, because I am sensitive to certain sounds when I’m in the zone.

WF - What’s up next for you regarding your books and writing?

JS - I just finished a manuscript for a second book, which I love so much. It follows the lives of childhood best friends growing up in the Cape. It’s very different from Hush, but so close to my heart; they have a complicated and beautiful story together.  I constantly have ideas floating around – I have at least three germinating in my noggin right now!  And always, working on my poetry, and getting organized and submitting it for publication. 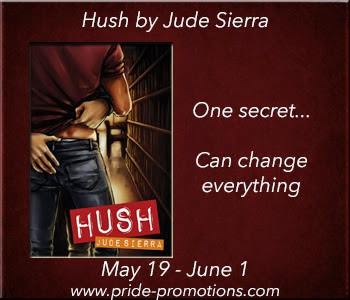 19-May
Wake Up Your Wild Side
Hearts on Fire
Multitasking Mommas
3 Chicks After Dark
The Fuzzy, Fluffy World of Chris T. Kat

22-May
Emotion In Motion
My Fiction Nook
Divine Magazine

25-May
Vampires, Werewolves, and Fairies, Oh My
Love Bytes