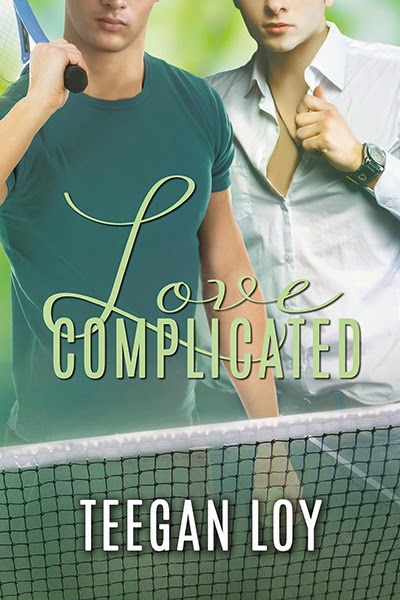 Life is all about making choices. Some are complicated. Some are simple. But for eighteen-year-old Jalen Marten, none are easy. Jalen has managed to stay invisible for his entire high school career. He has a small group of friends, and it’s enough for him. He doesn’t want or crave attention from his peers. All Jalen wants is to survive high school.

Austin Suter is the hot, talented tennis player who has the entire school bowing at his feet. Girls routinely throw themselves at him, and boys like Jalen stay the hell out of his way. Austin is destined for greatness on the world stage of professional tennis.

The kiss between them wasn’t supposed to happen. Falling in love definitely hadn’t been part of Jalen’s plan.
And when Austin turns pro, Jalen begins to realize that the choices he makes will affect Austin’s life. One wrong choice and Austin’s career could be over before it really begins. Jalen is not sure where he fits, or even if he fits at all in Austin’s life. But the more complicated things become, the less the idea of being apart appeals. Love should simplify things, not complicate them.
But the
Pages or Words: 280 pages

Teegan Loy began writing a long time ago. Notebooks filled with ideas were stacked around the house. One day, she sat down with renewed ambition and something fantastic happened; she completed a story. (unbelievable, but true) Now most of her time is spent writing, but she takes an occasional break to go to the movies, where she imagines her stories on the big screen. She also enjoy watching hockey (love, love hockey) filling her iPod with music, and driving her daughter around town (amended…around the country) to various activites.


A Short Q & A with Author Teegan Loy

I’m Teegan Loy, author of four novels, including my newest, Love Complicated. Thanks for having me.

1)     Is there a character in your books that you can’t stand? (Antagonist for example) And what makes them someone you don’t like?

The worst character I wrote was a teammate of Erik’s in Frozen Hearts nicknamed Cookie. Although his part was small, the way he treated Erik was terrible.

2)    Are there misconceptions people have about your genre?

I think this misconception can be found in most genres but telling someone they can’t write a story based on their gender or lack of personal experience is to me, odd. I’m pretty sure Tolkien wasn’t a hobbit and JK Rowling never attended Hogwarts School or Witchcraft & Wizardry.

3)    Is there message in your novel that you hope readers grasp?

Like the blurb says, life is about making choices. Some are complicated and some are simple. I want people to examine their own choices and how they might affect others.

4)    How has your writing evolved since your first book?

This is my fourth novel, so I hope my writing is improving, becoming more precise and readable. 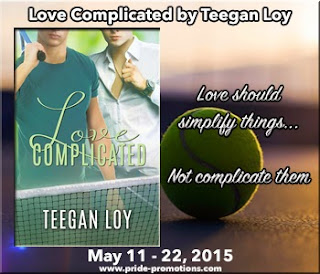 11-May
Amanda C. Stone
Because Two Men Are Better Than One

18-May
As The Pages Turn
Boys on the Brink Reviews

20-May
Vampires, Werewolves, and Fairies, Oh My
Cate Ashwood