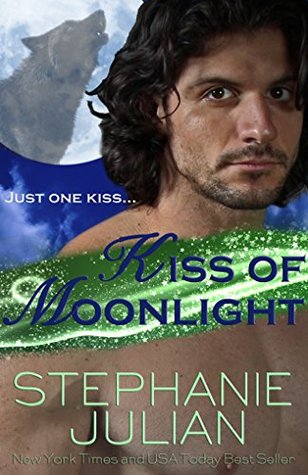 About the Lucani Lovers series:


Who wouldn’t want to be a shifter?
I mean, seriously, the ability to change your body into a completely animal? Coolest ability ever, right?
Wolves are the most common shifters in paranormal romance and there’s a good reason for that. They’re sleek, stealthy and smart. The perfect predators. And they make the perfect alpha heroes (and heroines).
In the Lucani Lovers series, my wolves were given the ability to shift centuries ago by the Etruscan Moon Goddess. In ancient Rome, they were the special ops forces of the Roman Legion.
In today’s world, they’ve adapted. They’ve gotten good at hiding in plain sight.
But what happens when the outside world begins to encroach and trouble arrives at their door?
Then these wolves get deadly.
The Lucani Lovers series is part of my Etruscan Magic world, which also includes the Darkly Enchanted, Magical Seduction and Forgotten Goddesses series. They’re all based on the premise that there’s still magic in our world. Fairies, elves, satyrs, shifters and witches.
Each of the books have a unique twist on what you think you know about these myths and tales. And all have a steamy romance at their core.
There are six stories in the Lucani Lovers series: Kiss of Moonlight, Moonlight Ménage, Edge of Moonlight, Moonlight Temptation, Grace in Moonlight and Shades of Moonlight.
Each has a stand-alone love story with one or two hot heroes.
These stories were previously released but I’ve re-edited and revised and, in the case of Kiss of Moonlight and Moonlight Ménage, have rewritten the endings and expanded the story.
I can’t wait for readers to discover (or rediscover) my wolves. I’ve loved revisiting and reacquainting myself with them.


And I’m anxious to get back to my Etruscan Magic world with new stories. But more on that later…

Excerpt from Kiss of Moonlight:

Even though twilight had fallen, she could still see him plainly in the light of the full moon. Moonlight suited him. It softened his hard edges. She wanted to run her hands along that shadowed jaw and across that broad chest, sink her fingers into his hair.

Still standing by his chair on the other side of the table, he walked around to her, holding out his hand.

Without thought, she reached for him, watching his lips curl into a devastating smile as he drew her to her feet. Only inches separated them, inches she wanted to close.

They stood like that for what had to be a full minute, staring into each other’s eyes like they were starring in a Lifetime TV movie.

It should’ve embarrassed her. Or at the very least, made her self-conscious. At worst, she should be running in fear in the opposite direction.

It emboldened her to know she wasn’t scared at all.

Instead, she leaned a little closer, drawn by the warmth of his eyes, the heat of his body.
Kiss me, kiss me, kiss me kept chanting through her brain.

As if he’d heard her thoughts, his smile faded and desire turned to sharp, biting hunger in her gut.

Then he blinked and began to pull back, shaking his head. “Tam…”

Fevered compulsion made her curve her hand around the back of his neck as she rose on her tiptoes. She shouldn’t have been able to reach his mouth, the top of her head barely reached his shoulder. But he met her halfway, his short groan cut off when their lips met. He pressed hard, his lips firm and hot on hers, his arms wrapping around her back and plastering her to his body.

She moaned, wanting more, but he immediately eased his hold, ratcheted back some of the passion she sensed in his kiss and let her take the lead. Let her press against him. As if he was afraid of scaring her.

But that wasn’t what she wanted. She wanted him to kiss her. Really kiss her until she lost herself in him. Buried old, horrible memories under an avalanche of lust.

So she forced him closer, wrapped her arms around his shoulders and kissed him harder.
Letting her tongue lick at the seam of his lips, she teased until he opened his mouth. She would’ve thrust inside but he beat her to it, finally starting to loosen his hold on his leashed desire.

His hands flattened on her back, each finger a hot brand through her thin t-shirt. The tips pressed into her back for several seconds before easing up to rest there lightly.
Don’t stop. More.

Her hands gripped him tighter and he must have taken the hint because his mouth began to demand, moving over hers with more purpose. When his tongue slid between her lips and tangled with hers, heat flowed like warm honey through her veins.

Her hands smoothed along his shoulders, so broad, so strong. Those muscles flexed and shifted as his hands slid from her back to her hips and he lifted her off her feet. He held her there, feet dangling, the strain on her neck easing. But the ache between her legs became a grinding need. Her hips pressed forward and the hard ridge behind his zipper nestled into the notch between her thighs.

Oh God, she wanted more. Wanted to rub herself against that stiff erection and come.
As if he’d read her mind, he kissed her harder, his mouth moving over hers with deepening passion.

Everything but Kyle receded. She only smelled him, saw him, felt him. All the baggage she carried, all the angst fell away and for the first time in what felt like years, maybe ever, she knew what it was like to lose herself in another person.

Kyle’s scent, his touch, the feel of his lips moving against hers made her remember what she’d been missing by cutting herself off from the world. By denying herself the touch of another person.

It only took one kiss from this man to bring it all back and she put all her pent-up longing, all her relief, all of her into the kiss.

And Kyle took it. He kissed her with heat and passion, making no concessions. And it freed her.

Burning hot desire, so different from anything she’d ever felt, made her clutch at him, open her mouth wider to give him more access. Made her want more.

Kyle groaned, the sound close to a growl as his mouth slanted even further over hers.

He was so strong, he only needed one arm to hold her against him. He used his other hand to sweep down, over her ass to her thigh, urging her to bend and lift her leg so he could curve it around his waist. Her other leg followed until she clung to him, wrapped around him, their bodies so close, she felt every movement of his lungs and the play of muscles in his chest as his hands pressed her even closer.

She tightened her legs around him, arching into him—

And he broke the kiss, so abruptly she gasped and her eyes flew open to stare into his, the burnished gold darkened with passion. He stared at her for endless seconds, before he put one hand on her nape and guided her head onto his shoulder.

“Whoa, sweetheart. Just…give me a minute.” He released a long breath. “Holy shit.”

With lust still burning in her veins like lava, she had to agree.

The hand at her nape began a slow, gentle massage, easing her down while his heart continued to race against hers. She could tell just how much he’d been into that kiss.
So why had he pulled away?

You threw yourself at him. What man wouldn’t be turned on by that?

But he’d seemed to want her. Had she misread him? Had he only been responding to her desire and not his own? Did he think she’d acted like a slut?

Her heart began to pound, anxiety spreading like ice water through her body.

Shit. No, she wasn’t okay. She was an idiot. A fucked-up mess.

She had to get out of here.

Unwrapping her legs from his waist, she let them hang, silently asking him to put her down.
Obviously, the man didn’t take hints because he swung her into his arms like she weighed nothing at all and walked into the house.

With her face buried in his neck, she couldn’t ever remember a man carrying her like this.
She liked it. More than she should.

In the kitchen, he set her on the breakfast bar, planted one hand next to her hip and put the other under her chin to lift her head so he could look into her eyes.

His gaze held no censure, only concern. “Are you all right?”

No, she didn’t think she was. Emotions she hadn’t had to deal with for months rioted through her body.

She wanted him, which was both exhilarating and confusing. She wanted to lose herself in him, but now he stared at her like he was worried about her mental state. And she really didn’t want him to worry about that.

“Are you sorry you kissed me?” she asked.

His eyebrows downshifted hard. “Hell, no. I’m just…” He straightened and scraped a hand through his hair. “Damn it, I don’t want to scare you.”

He said that as if he knew she had reason to be scared. But he couldn’t know. “Do I look scared?”

He continued to stare into her eyes and she began to worry that he could see all her secrets, all the darkness, all the chaos she tried to keep locked inside. All of which receded when he kissed her.

God, when he kissed her…

He sighed, his mouth flattening into a tight line. “No. You don’t. Still, I’m sorry. That was—”

“Yeah, sorry is so not what I want to hear right now.”

Books in the series: 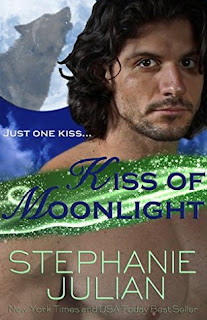 She loves hard rock and Broadway, runs very slowly, married a Springsteen fanatic and is the mother of two hairy beasts she calls sons.