Two Alpha shifters join together to lead their pack and build a family.
Commitment, loyalty, and strength aren’t enough to make Wesley Stone’s birth pack accept an Alpha with a physical imperfection, even if it’s a meaningless mark. Putting the safety of his pack above his own wellbeing, Wesley trades himself for another Alpha and agrees to mate with a stranger in a mysterious, insular pack.
Alphas from Jobe Root’s family have led the Red River pack from the first day shifters walked the earth. Now the time has come for Jobe to fulfill his destiny, but to do that, he needs his mate by his side. Spiritual, easygoing Jobe reveres Mother Nature and trusts in fate, yet he can’t help being nervous about how his mate will react to his new life in Red River, his new life with Jobe.
Two Alphas with contrasting personalities, different upbringings, and divergent beliefs come together for the good of their packs. But to stay together, Wesley and Jobe must see beyond the surface and embrace every facet of themselves and their union. 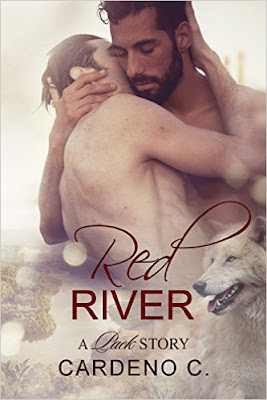 Cardeno C. - CC to friends - is a hopeless romantic who wants to add a lot of happiness and a few "awwws" into a reader's day. Writing is a nice break from real life as a corporate type and volunteer work with gay rights organizations. Cardeno's stories range from sweet to intense, contemporary to paranormal, long to short, but they always include strong relationships and walks into the happily-ever- after sunset.
Cardeno's Home, Family, and Mates series have received awards from Love Romances and More Golden Roses, Rainbow Awards, the Goodreads M/M Romance Group, and various reviewers. But even more special to CC are heartfelt reactions from readers, like, "You bring joy and love and make it part of the every day."
Website | Facebook | Twitter
Cafe Risqué ~ SharedBlog
Pintrest | Google+ | Youtube

EBook of choice from author's backlist (excluding box sets and anthologies)
a Rafflecopter giveaway
presented by: