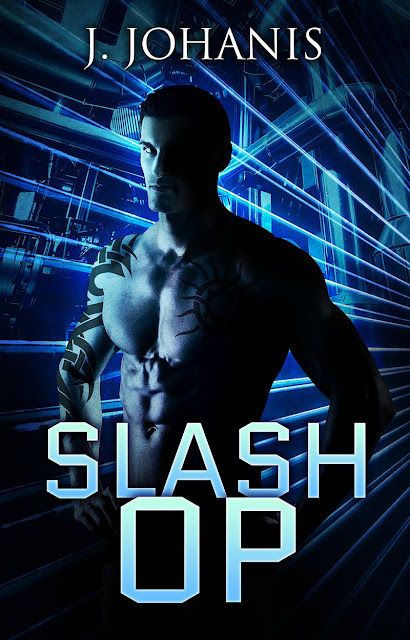 The White House has ordered the execution of a highly sensitive covert operation in dragon-occupied territory. Though a Slash Op has a zero percent survival rate, the commanding general is forced to enlist his most prized officer for the task.

Major Gideon is embarking on his first mission in the dragon district. Yet Gideon has hardly recovered from all that Drago made him endure. For the past three months, Gideon has been plagued with dreams of dragons terrorizing him, but his dreams have gradually turned into sexual fantasies. Despite coming to terms with his longing to have Drago in bed, Gideon cannot suppress his desire to beat Drago’s face in. When Gideon is called for a mission in the most dangerous district on Earth, what freaks him out the most is the prospect of seeing Drago again. 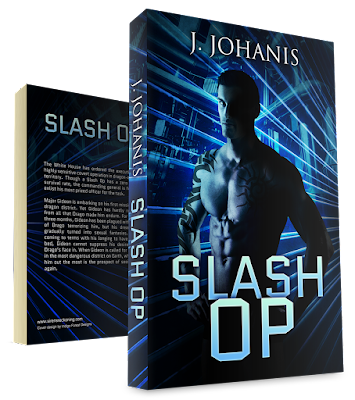 Gideon squeezed his dick through his jeans and groaned. How the hell was he going to handle seeing Drago the next day? Gideon had been dying just thinking about him.

When he opened his eyes, he spotted a familiar face moving through the crowd. Sergeant Talon, in skintight jeans, a black tank top, and sporting a military haircut was walking straight for him. He was hotter than Gideon had ever seen him before. Gideon rose to his feet as he approached.

“Hey, Major,” Talon said, taking Gideon’s hand and pulling him into a hug. Talon smacked Gideon’s ass and stepped back to check him out. “You’re so fucking hot!”

Gideon’s face warmed. Talon was out of line, but it was what he’d grown to expect from him.

“Uh, okay…” Gideon said, stepping to the side in an attempt to put more distance between them, but Talon put his hand on the wall, preventing his retreat. Gideon furrowed his brow, wondering what kind of game he was playing. During their captivity, Talon had always taken liberties. When Stella said the first man to make Gideon come would get to fuck him, Talon had gone down on him like he’d meant it.

“You know, I heard you were returning to Fort Hood, and I was hoping I’d find you here,” Talon said, pushing Gideon’s back to the wall. Gideon opened his mouth to protest, but before he could say a word, Talon slid a hand down the front of Gideon’s jeans and grasped his erection.

“What the…?” Gideon’s protest was cut short when Talon’s hot lips pressed into his own. Gideon groaned into Talon’s mouth, but inside he was screaming. This was wrong! Talon was his soldier—he couldn’t let him do this. He tried to pull back, but Talon held him in place, jerking him harder and faster while deepening his kiss. Gideon felt his climax coming, and before he could collect his thoughts, his body flushed with heat and he came in Talon’s hand.

Gideon broke their embrace, struggling for breath while his body quaked. What the fuck was he doing? Everything had happened so quickly, yet he had no desire to push Talon away. He needed this. Talon’s rough hands on him, forcing him to his will.

1.  Please start out by telling us about your book.

Slash OP is the second book in my Toy Soldier Series and the sequel to Drago Star. The story revolves around Gideon’s first mission as a star commander, which is a covert operation in dragon-occupied territory. Gideon has spent the last three months preparing for the mission by learning High Dragon. He feels like he’s ready, but what he doesn’t know is that he’s embarking on a mission that has a zero percent survival rate.

2. Was there any part of your book that was based on real life? If so what is it?

I always like to sneak some element of real life into my books. In Slash Op, there is a helicopter ride where they fly over dragon-occupied territory. The post-apocalyptic landscape below is based on images of war-torn Bagdad. The dragon militia is loosely based on the Afghan Army, and the interior layout of the safe house is the same as the house I grew up in.

The next book in this series is called Cyber Agent and takes place in the cyber district. This book will have a cyber punk theme.

4. What is your favorite genre to write?

M/M dark erotica is definitely my favorite genre. Although I love fantasy, I also enjoy writing futuristic fantasy.  I think whether the plot is in the past or the future, my preferred genre is low fantasy.

5. What are your current and future projects?

I am currently working on a contemporary erotica book. This will be the first time I write something that isn’t dark erotica. For the future, I plan on writing Wrath of Akad, book three in my S-God’s series, and Cyber Agent, book three in my Toy Soldiers Series.

One winner will receive a $30.00 Amazon gift card and five more winners will receive an ebook copy of Drago Star, book one in the series. 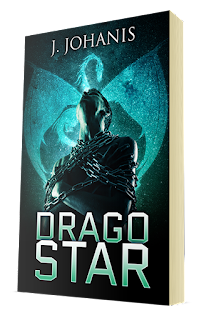