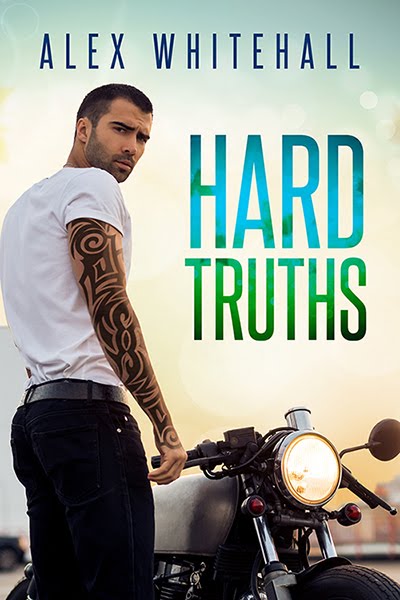 Hello, everybody! I’m Alex Whitehall, and I’m here today touring for my contemporary m/m romance, Hard Truths, which is about Isaac and Logan’s whirlwind romance, as well as coming out and what family means. But it’s not all angst and drama. In fact, I hope you’ll have as much fun watching these guys fool around as I had making them be goofs.
About Hard Truths
He can't have the family he wants, but he may get the love he deserves.
Isaac didn’t expect to find love at his family’s Christmas dinner, but that was before he met his sister’s new fake boyfriend. Tall, muscular, and tattooed, Logan is what Isaac would love in a partner—and also everything his parents would hate in one. Not that they know Isaac’s gay.
That doesn’t stop him from dating Logan—unbeknownst to his parents, and with his sister’s approval after she fake dumps him. The pair dive into a whirlwind romance of motorcycle rides, cheesy puns, and hot sex. They meet each other’s friends and fill their time with happiness and laughter. It’s all perfect.
Until Isaac suggests they move in together, and Logan asks Isaac to come out to his parents. Isaac wants to, but he’s scared; he doesn’t want to lose his family. Unfortunately, he can’t see that his real family has been right beside him all along.
Available from Riptide Publishing.
About Alex Whitehall
If there are two types of people in the world, Alex Whitehall probably isn't one of them, despite being a person. Their favorite pastimes include reading, horseback riding, sleeping, watching geek-tastic television, knitting, eating, and running. And wasting time on the internet. And spending glorious evenings laughing with friends.
While Alex prefers sleeping over doing anything else (except maybe eating), sometimes they emerge from the cave to be social and to hunt for food at the local market. They can be found blogging, reading, and tending after their aloe plants.
Connect with Alex:
Giveaway
Commenting below will give you a chance to win this mug: 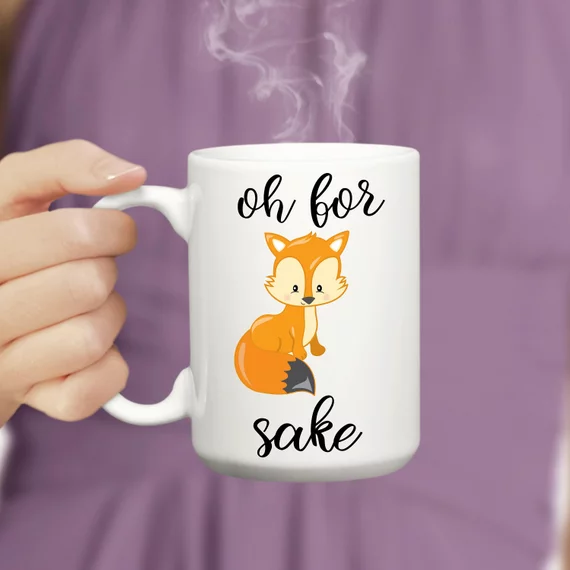 https://www.etsy.com/listing/573454042/oh-for-fox-sake-coffee-mug-custom-fox
This mug appears in Hard Truths as one of the first presents that Isaac buys Logan. It’s similar to a mug I have myself (that my friend bought me and that might have inspired the gift)! The order will be shipped directly from the buyer, so you have to be willing to share your physical address with the buyer and myself. You can choose either size and any of the fox images.
Due to prohibitive shipping costs, this prize is only open to within the US. For international readers, indicate as such and you’ll have a chance to win a digital copy of your choice from my backlist.
Contest closes October 6. Thanks for following the tour, and don’t forget to leave a means of contact!