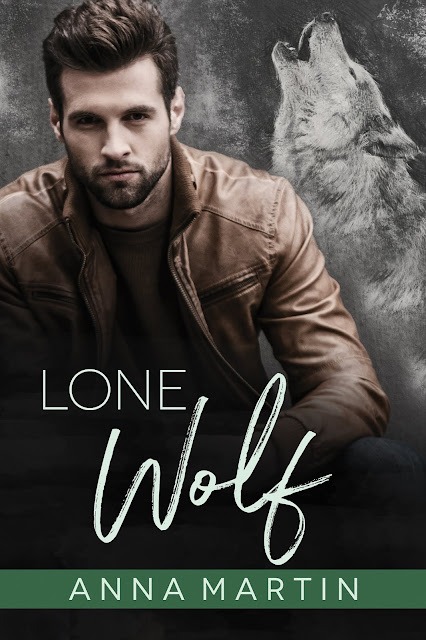 Jackson Lewis isn’t a typical werewolf. He isolates himself in a small town outside Spokane and dedicates himself to making his business—Lone Wolf Brewery—a success. If it leaves him little time for romance, he’s okay with that. His soul mate could be out there somewhere, but he isn’t actively looking.

So he’s in for quite the shock when he literally bumps into his soul mate—Leo Gallagher, an adorable, nerdy, vibrant music therapist who’s Jackson’s polar opposite.

Jackson is straight—or at least he’s always assumed so. Though he can’t deny his attraction to Leo, it’s a lot for both of them to deal with.

While Jackson and Leo figure out what their future might hold, they face prejudice from both the human and werewolf communities—including a group of fanatics willing to kill to show humans and werewolves don’t belong together.

Anna Martin is from a picturesque seaside village in the southwest of England and now lives in the Bristol, a city that embraces her love for the arts. After spending most of her childhood making up stories, she studied English literature at university before attempting to turn her hand as a professional writer.

Apart from being physically dependent on her laptop, Anna is enthusiastic about writing and producing local grassroots theater (especially at the Edinburgh Fringe Festival, where she can be found every summer), going to visit friends in other countries, and reading anything thatís put under her nose.

Anna claims her entire career is due to the love, support, prereading, and creative ass kicking provided by her best friend Jennifer. Jennifer refuses to accept responsibility for anything Anna has written.