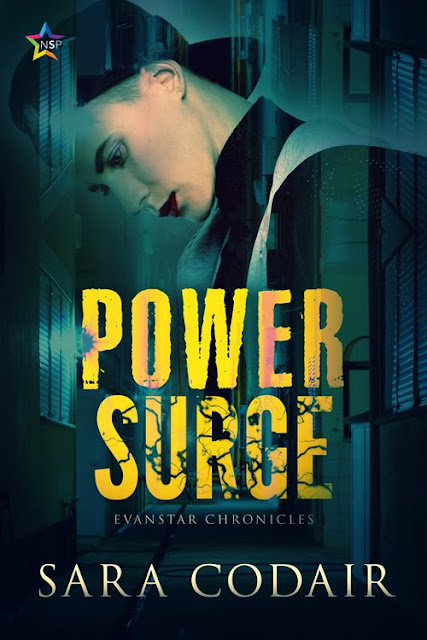 Erin has just realized that for the entirety of their life, their family has lied to them. Their Sight has been masked for years, so Erin thought the Pixies and Mermaids were hallucinations. Not only are the supernatural creatures they see daily real, but their grandmother is an Elf, meaning Erin isn’t fully human. On top of that, the dreams Erin thought were nightmares are actually prophecies.

While dealing with the anger they have over all of the lies, they are getting used to their new boyfriend, their boyfriend’s bullying ex, and the fact that they come from a family of Demon Hunters. As Erin struggles through everything weighing on them, they uncover a Demon plot to take over the world.

Erin just wants some time to work through it all on their own terms, but that’s going to have to wait until after they help save the world.

Chapter One
“They don’t like the sunlight, but that doesn’t mean they won’t venture out in it. Demons aren’t like Stoker’s vampires or anything else you read about in civilian novels. Even the Bible isn’t accurate when describing the denizens of Heaven and Hell.”

-A letter from Gertrude Bearclaw to Genevieve Evanstar, 21 Jan 1921, archived in the Vault under St. Patrick’s Church in South Portland, Maine

The cold March air burned my lungs and my legs itched as I sprinted by boarded-up beach houses. Mel may have turned our warm-up into a race, but she was not going to win it. Grinning, I ran harder in an attempt to close the space between us. Despite my efforts, her footsteps grew softer and the ones behind me grew louder.

I glanced over my shoulder. The man behind me was closer. Steam rose from his pale nose as it peeked out from under the black hoodie. I shuddered. It wasn’t unusual to see another runner follow us around two turns, but this one had followed me around five.

I sucked in the icy air as I crossed a bridge. The metal grates groaned under our feet. Water rushed below, blanketing brown muck with blue, breathing color and life into the field of dead marsh grass. Mel was so far down the winding road I could barely make out her short, muscular form.

I glanced at my phone. It was dead. Mel was too far ahead to hear me yell, and there was no one else around. I wasn’t exactly defenseless, but I was tired and hadn’t been in a real fight in almost two years.

Still, a small deplorable part of me hoped the man would catch up and he’d want to hurt me. I imagined myself ducking as he reached out to grab me. I’d jam my elbow up into his stomach and crush his face with my knee. I almost heard his jawbone crack, saw the shock in his eyes, and felt the pure bliss of adrenaline coursing through my body. I’d win. He’d end up hospitalized or worse, in the morgue. The last time I was forced to defend myself against someone who wanted to hurt me, Mel had to pull me off his unconscious body. The ghost of the rage, the rush and the guilt made my stomach churn.

I was a monster.

I couldn’t let this man catch up to me. It was too dangerous for him.

My calves cramped. My side felt like a knife was jabbing into it. Mel vanished around a bend. I growled. She was shorter than me and worked out more, but she was my cousin—the daughter of my late father’s twin sister—not some kind of professional athlete. If she could go that fast, then so could I. A few seconds later, I rounded the same bend. Our finish line, the gate for Foster Park, came into sight.

Picking up more speed, I closed the distance between me and the run-down guard shack. Mel got to it first and jogged in place, facing me until I arrived. I glanced over my shoulder and didn’t see the man. Relieved, I nearly toppled over, gasping for air with my hands on my knees.

“Erin, you need to cool down before you stop.” Mel wasn’t even out of breath, and she had a smug smile on her perfect pink lips. I didn’t see a drop of sweat on her face. Her gray spandex was dry; mine had soaked through my base layer to my baggy T-shirt.

I stood up straight, filling my aching lungs with big gulps of air as I looked around again. An iridescent blackbird leaped from a leafless maple with its wings slowly flapping as it flew across the path in front of us, but the man was nowhere in sight. “What was our time?”

“I didn’t have my timer on.” Mel walked down the dirt road.

“I really want to know how fast I went.” Every part of my body throbbed as I moved. The bare birch branches around us were filled with warbling blackbirds; their screeches needled my eardrums.

“Not fast enough,” snapped Mel. Her voice hurt more than the birds.

“You can do better. How is school going?”

“Mel, I don’t think I have ever run that fast in my life.”

“How is school going?”

I glared at her.

“How is school going?” she asked for the third time.

Shivering, I scratched my neck. “My teachers are determined to dispel the myth that senior year is easy by piling on hours and hours of homework. It takes forever without ADHD meds.”

Mel frowned. “You thinking of going back on them?”

“We’ll see how I do on my English test tomorrow. I don’t want any of my college acceptances getting revoked.”

“What does your mom think?” Mel’s frown made deep crevices in her usually smooth forehead.

“Mom and the doctors want me to try a different kind. I think they forgot I took that in middle school and it made me equally sick.”

“Both drugs stop your dreams,” muttered Mel, staring at the gravel.

“And how is that a bad thing?”

Heavy silence hung between us as we approached our Jeeps. Hers was an orange Wrangler with a soft top, a spotless paint job, and a lift kit. My ancient Cherokee resembled the offspring of hers and a station wagon, pockmarked with battle scars from shopping carts and telephone poles. She opened her door, took out two water bottles, and handed one to me. “Are you still dreaming every night?”

“Yeah.” I drank half my bottle in one long gulp.

“Did you try my suggestion?”

The Thursday before, Mel had told me to try focusing on one thing before I went to bed, so instead of dreaming of burning cities, gory battles, and apocalyptic storms, I would only dream about that one—hopefully more pleasant—thing.

“Sort of. Did you bring the sabers?” The whole purpose of the meeting wasn’t so much the run but the subsequent sparring match. Since I hadn’t found a good Kendo dojo in Portland, Mel was my only sparring partner.

“Of course.” She pulled two bamboo practice swords out of her Jeep and handed one to me. “What does ‘sort of’ mean?”

“I focused on a person. The dreams stayed chaotic, but that person was in all of them.”

Mel smirked as we walked across the grassy hill leading down to the pebble beach. “Which boy did you focus on?”

Mel arched her eyebrows. “I’m pretty confident we can rule out all the girls at St. Pat’s. Who was it?”

Mel barked out a laugh that was simultaneously musical and abrupt as she stepped onto the beach. “And what did you dream about the boy who you won’t admit you’re in love with?”

“We’re friends. I’m not in love with him.” I stopped walking, leaned my sword against a rock, and stretched.

“Tell me what you dreamed.”

I watched rippled waves roll onto the black and gray stones. Once wet, they glistened in the afternoon sun. Two cormorants floated around the jetty while seagulls perched on the rocks. Looking up, I stared toward the sun without blinking and imagined my eyes drinking in its warmth. It made them water, but my face relaxed.

When I couldn’t take the light anymore, I turned my attention to a splashing at the end of the jetty. Minnows leaped out of the water followed by the stripers that were trying to eat them. Suddenly, a humanoid head covered in Irish moss burst from the surface, devouring a striper in one bite. I stumbled backward. A green tail flickered where the head had been, spraying water at the gulls. The head leaped back up and lunged toward the cormorant, sinking its fangs into black feathers and pulling the bird below the water. 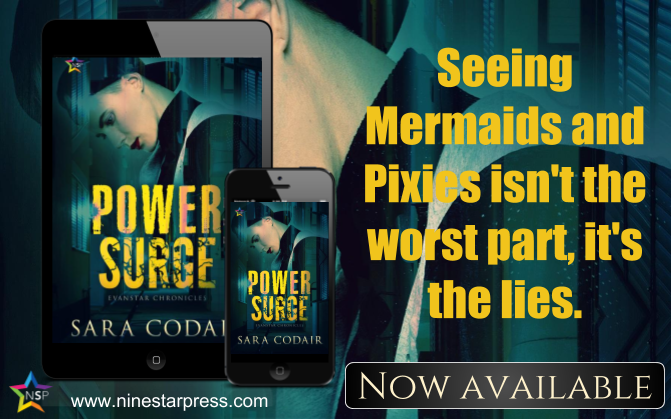 Sara Codair lives in a world of words, writing fiction in every free moment, teaching writing at a community college and binge-reading fantasy novels. When not lost in words, Sara can often be found hiking, swimming, or gardening. Find Sara’s words in Alternative Truths, Helios Quarterly, and Secrets of the Goat People, at https://saracodair.com/