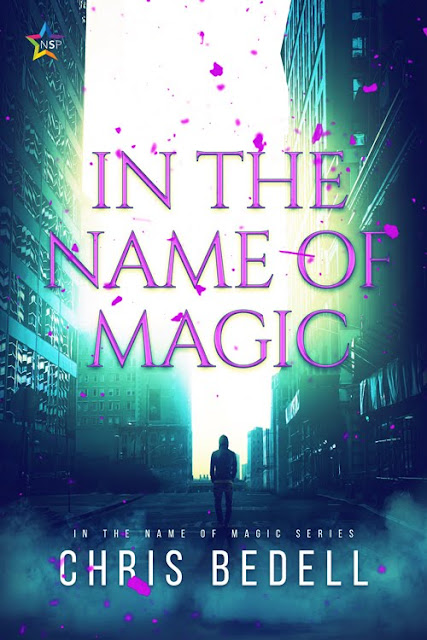 Nonmagical people are being demonized and falsely blamed for Magnifico’s economic problems after Queen Vivian’s bloody rise to power. But politics very quickly becomes more than abstract views to argue when secret police wolves are deployed throughout the country to kill those born without magical abilities.

Seventeen-year-old Maximillian’s best friend Katherine is one such nonmagical person. In a bid to keep her safe, Maximillian turns to the queen’s estranged younger brother, a man thought to be dead until recently.

Prince Stefan is nineteen years old and has been in hiding from his family for years. He has no desire to resurface in the political world, but Maximillian must convince him that the country needs him before it is too late.

In the Name of Magic
Chris Bedell © 2018
All Rights Reserved

Chapter One
Magnifico was 100 percent black and white. Most people would think it an odd comment to make, but life hadn’t always been dreary.

Fourteen years ago, when I was three, color vanished from my country. No one knew what happened to make it that way, but it wasn’t for a lack of trying to find an answer. I even asked Mom numerous times over the years why Magnifico switched from color to black and white. She shrugged and said my time would be better spent doing other things.

However, I still couldn’t help but wonder because anyone with a brain should’ve been curious about what had happened in Magnifico. At least that was how I felt.

I couldn’t get distracted, though. The execution of King Dorian and Queen Penny at the Lax Stadium in the capital city of Conforia was happening today. And that was where I was with my friends, Katherine, Taylor, and Raquel. The stadium was steadily filling with others who had come to see the executions.

Katherine grimaced. “I can’t believe they gave us the day off from school to witness this.”

Taylor bumped Katherine’s shoulder. “I hate to break it to you, but there are more important things in life than school.”

Life’s unfairness made me snarl sometimes. Kissing a guy twice was the only romance I’d ever experienced because I never had a boyfriend, let alone a first date. So, yeah. I had no qualms about being jealous of Taylor and Katherine’s relationship.

“I know,” Katherine said, sighing. “But I can’t help that I enjoy school.”

Raquel rolled her eyes. “You don’t have to hide behind school because you’re embarrassed you were born without magic.”

“How many times have I told you not to bring that up?” Katherine asked.

Yeah. I noticed all of the snide comments, glares, and obscenities people uttered when finding out Katherine had no magical abilities. But being different wasn’t a reason for cruelty. Katherine wasn’t a bad person.

“I’m sorry. I wasn’t trying to be insensitive. I meant you shouldn’t feel ashamed for being born without magic,” Raquel said.

Raquel twirled a strand of hair around her finger. “If you say so.”

Sure. Raquel meant well, but she needed to drop the subject. She’d been there when people acted as if Katherine had ten eyes because she couldn’t practice magic.

“Don’t you mean Maximillian?” I asked.

Taylor sighed. “Sorry. I forgot for a moment. Maximillian is such a mouthful.”

“Anyway.” I gave Taylor a hard stare. “I don’t feel the need to talk all the time.”

Katherine chuckled. “That’s a shocker. Have you met yourself?”

At least Taylor was successful in lightening the mood because there wasn’t a hint of harshness in Katherine’s voice when she laughed. And if I took one for the group so things wouldn’t escalate, then so be it.

A gust of wind whistled through the air, making Raquel’s curly hair ripple. “I can’t believe Vivian is having her own parents executed…”

Taylor shook his head. “Give her a chance, and don’t believe all the negativity.”

Katherine furrowed her eyebrows. “Excuse me? Her boyfriend, Sirch Manges, thinks people born without magic are scum. In fact, he wrote a book on the subject.”

Good for Katherine. She needed to stand up for herself. Dating Taylor wasn’t mutually exclusive with thinking everything he said was perfect. Any anger Katherine might’ve had was justified. There was a difference between saying hateful things and getting a book about it published. Yet most people hadn’t been fazed by Vivian and Sirch’s relationship even though his book was published before he met Vivian. Perhaps people thought Sirch was only a provocateur. A difference existed between spouting ideas and dying because of them. Not that I wanted to make excuses for him; I didn’t.

I couldn’t help feeling disgusted at how hatred for nonmagical people existed. Intolerance didn’t make people’s lives better. Okay. Fine. That point wasn’t completely true since Sirch made a little money off his book. But my point remained clear. Bigotry wouldn’t make the average person rich. It was an empty idea to hold on to. 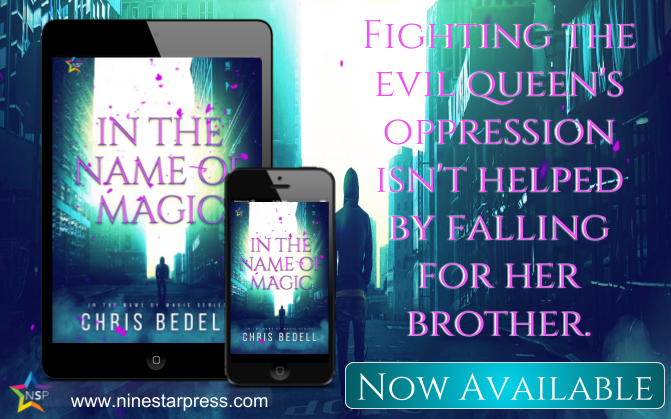