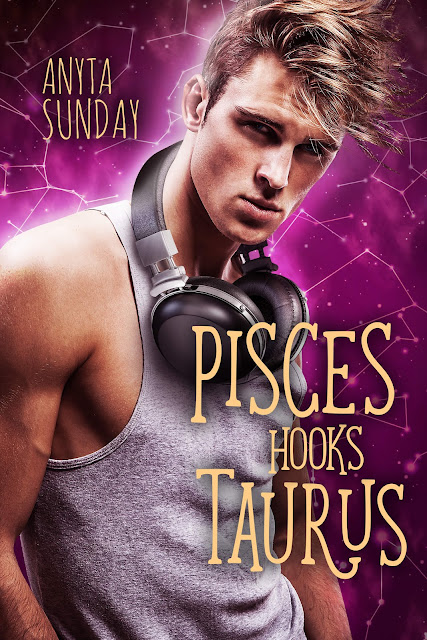 It’s a time for searching, and a time for finding, Pisces: keep casting your line and you will hook what you’re looking for.

Zane has it all planned out: land the perfect Meet Cute, fall in love, and live happily ever after.
Should be simple enough if he put his mind to it. A little creativity and some thinking outside of the box, and voila, he’d be married to the woman of his dreams.
It would be perfect.
And it would be before his visa ran out.

But why are his feelings running wild now that the pressure’s on? Why is his picture-perfect plan turning into a muddled mess of morphed metaphors he can’t make sense of anymore?

Just as well he’s met an English professor to help. And even though their first meet is anything but cute, this down-to-earth teacher may just be the realist Zane needs to ground him and give him a shot at love after all.

Don’t cast your line too wide, Pisces. Your perfect catch may already have bitten.

Pisces Hooks Taurus (Signs of Love #4) is an MM opposites-attract romantic comedy featuring an unapologetic romantic and a broken realist.
More wit, banter and bad puns - and even more heart-stopping slow burn!
Can be read as a standalone.

“What is that?”
Beckett’s mum and guests had left, and Beckett had brought Zane and his worldly belongings into an exposed-beam attic with a chain-pull light.
Zane set his box and suitcase against a slanted wall. The small, empty space contained a tiny window, a chest of drawers, and a low futon. Dust spokes glittered under the swaying light.
Beckett pointed at Zane’s box, one brow arched.
Zane laid the bearskin rug on the floor and straightened out the kinks. Beckett gaped at the bear poised as if to eat his ankle.
“I thought it was romantic,” Zane said with a sigh. He rested back on his heels, soft fur against his knees. “Now I’m kinda stuck with the beast.”
“Tough cross to bear.”
Zane grinned. “What’s with the word-wittage, anyway?”
“Word-wittage. Nice alliteration. I like playing with words.” Beckett sidestepped the bear and gestured around the attic. “The wooden slats are creaky, the bathroom is back down the ladder. My sister is returning from Europe Thursday, staying here until she finds her own place. The couch is too small for you, so . . . .”
“I’m totally cool to bunk with you.”
Beckett swept a hand through his hair, gaze darting toward the bed, the window. “There’ll be no bunking.”
Understood. He had a few days to find another accommodation—or convince Beckett that bunking could be fun.
Zane pulled his drawing tablet and stylus from their cushioned compartment. “Did you want to head to Chiffon with your friends? Whatever Chiffon is.”
“It’s a bar where we professors drink pinot noir and pontificate on the pleasures of punning.”
“Um . . . .”
“It’s a pretentious penis party.”
Zane turned around, armed with the supplies he needed to finish—or fix—the comic. “Sounds like a . . . picnic?”
The corners of Beckett’s mouth pulled up. Zane dropped the electronics to the bed and crossed over to the professor.
He tapped a finger against the wine stain at the side of Beckett’s blazer lapel. “Proof that you snorted your wine while we texted? I’ll have it dry-cleaned, if you’d like?”
“It’s not your fault. I’ll sort it out. Use it as an excuse to buy another one.”
Zane caught a whiff of Beckett’s clean scent with a subtle spicing of aftershave. Blue eyes met his, curious and hesitant.
A fat, black spider bungee-jumped from the beam above them and dangled in Zane’s face. He dropped the fingers that had lingered on Beckett’s chest and scrambled to the wall.
“Does a big, strapping man like you need me to remove the tiny bastard?”
“That’s a big, strapping yes.”
A few precise movements later, Beckett trapped the hairy beast in his hands. Insane yet heroic.
The bed squealed as Beckett kneeled on it. Zane crawled next to him, opened the window, and beat a quick retreat as Beckett set the spider free. “The sheets are freshly changed, and you can help yourself to breakfast.”
Fresh bed and breakfast? Lovely. But Zane was more concerned about suicidal spiders. He studied the ceiling with a shudder. “Do you think there are more?”
The window clapped shut, sealing off the cool breeze. “Would you feel better sleeping with my cat?”
Zane’s attention pivoted to Beckett’s hands fitting the lock. Long-fingered, deft, sure. “I’d feel better sleeping with you.”
Beckett let out a strangled sound, swung off the bed, and zipped to the ladder. “Good night, Zane,” he said, and dropped out of sight.
Zane called after him. “Fine, I’ll take the cat.” 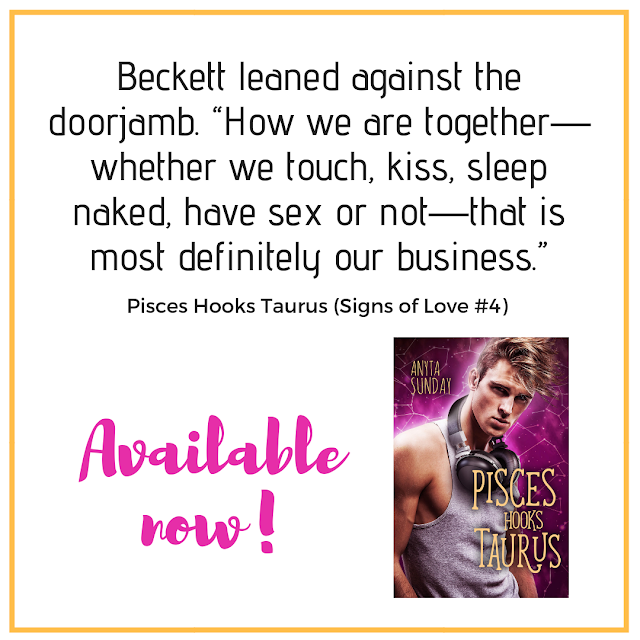 A bit about me: I'm a big, BIG fan of slow-burn romances. I love to read and write stories with characters who slowly fall in love.

Some of my favorite tropes to read and write are: Enemies to Lovers, Friends to Lovers, Clueless Guys, Bisexual, Pansexual, Demisexual, Oblivious MCs, Everyone (Else) Can See It, Slow Burn, Love Has No Boundaries.

My books have been translated into German, Italian, French, and Thai.