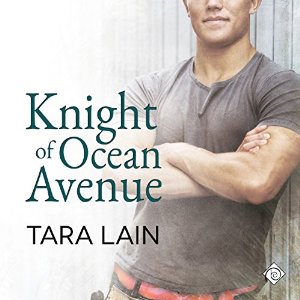 Blurb:
How can you be twenty-five and not know you’re gay? Billy Ballew runs from that question. A high school dropout, barely able to read until he taught himself, Billy’s life is driven by his need to help support his parents as a construction worker, put his sisters through college, coach his Little League team, and not think about being a three-time loser in the engagement department. Being terrified of taking tests keeps Billy from getting the contractor's license he so desires, and fear of his mother's judgement blinds Billy to what could make him truly happy.


“Okay, I need to ask, and I have nothing on it so don’t get defensive.”
Billy squinched his nose. “That’s not the best way to keep a guy from getting defensive.”
Shaz grinned. “I know. Not subtle, but seriously, why haven’t you taken the contractor’s license test?”
Shit. Defensive.
Shaz held up a hand. “I assume it has something to do with your reading ability, but I thought Clancy and Yerby and all those others on your bookshelves overcame that issue.”
“Yeah. Pretty much.”
“You read well enough to take the test? Because if not, I’ll bet they’ll let someone read it to you.”
“I can read.” He put down his fork.
Shaz leaned over and picked up the fork. “Come on, darling, this is Shazzy Wazzy. I am no threat at all to you.” He scooped some mashed potatoes and flew them like a plane toward Billy’s mouth.
For a second, Billy compressed his lips. Jesus, the guy was impossible to resist. He burst out laughing. The first time he’d ever laughed at this subject. “I’m afraid to take tests. I panic.” His heart beat fast just thinking of it. He snapped the potatoes off the fork and chewed.
Shaz put a hand on his arm, which made him feel calm and excited at the same time. “How do you know?”
“Know what?”
“That you panic when you take tests?”
Billy frowned. “I’ve blown every test I tried to take since the eighth grade. It got so bad I had to drop out of high school. I could have tested out, but I couldn’t take the test, and I never got my GED because I—”
“Couldn’t take the test. My God, that’s awful.”
The frown got deeper. “Like I said, I’m too dumb to take tests.”
Shaz leaned over until all he could see was that pretty face. “This has nothing to do with dumb. Does it?”
Billy stared at his almost empty plate.
“Does it?”
He shook his head.
“What does it have to do with? Who made you afraid?”
“What?”
“I said who made you afraid. Someone did.”
“How do you know that?”
“Because you’re a strong, capable man who isn’t afraid to take the whole damned world on his shoulders. There’s no reason for you to be afraid of anything unless someone told you there was.”
He nodded slowly. His heart hammered so hard it felt like his chest would explode. “I got beat up a lot in grade school because I was small and couldn’t read.” He shrugged. “I know. Hard to believe, right? Behemoth that I am. Anyway, my eighth grade English teacher was the worst, I guess. I could barely read, and she gave us test after test. I couldn’t read the books and I couldn’t read the test.” His pulse hammered in his ears. Like he was back there in that god-awful room. “She constantly told me how dumb I was and made sure the whole class knew it. I didn’t grow until I was sixteen. I was still a little runt then and got beat up every day while they called me stupid.” Shit, tears pushed out of his eyes. This was not good. “I have to stop talking about this. I have to go.”
“No, Billy, I’m sorry.”
“Not your fault.” He fished in his pocket and pulled out a wad of bills. He threw some on the table. Maybe a hundred dollars. Then he ran for the door.
“Billy!”
The cool evening air hit him like a bucket of water in the face. Where the hell was he going? He’d driven his truck. It was full of furniture, and Shaz had no way to get home. Billy Ballew did not leave a friend behind.
He stared down the sidewalk. That bench looked inviting. Staggering a little, he walked to it and sat. Just breathe. That’s why he never talked about this subject. Never even thought about it if he could avoid it. If he could just forget it, things would be better.
“Billy.”
He looked up at Shaz, who stood on the steps of the restaurant. The man walked toward him with that graceful saunter of his. “You didn’t go. I wouldn’t have blamed you if you left me here to rot.”
He managed to cock half a smile. “Too dry in California to rot.”
“Wither and blow away, then.” Shaz sat next to him. “I truly am sorry. I didn’t mean to open wounds. I have too many of my own to be picking at yours.” He held out his hand with a palm full of money. “You dropped something.”
“I want to pay for dinner.”
“Nope.”
“The champagne.”
“Nope. The least I can do after spoiling your meal is pay for it.”
“But—”

“Never argue with a queen, darling. We always win.” 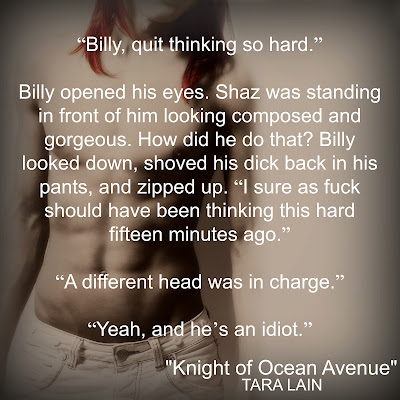 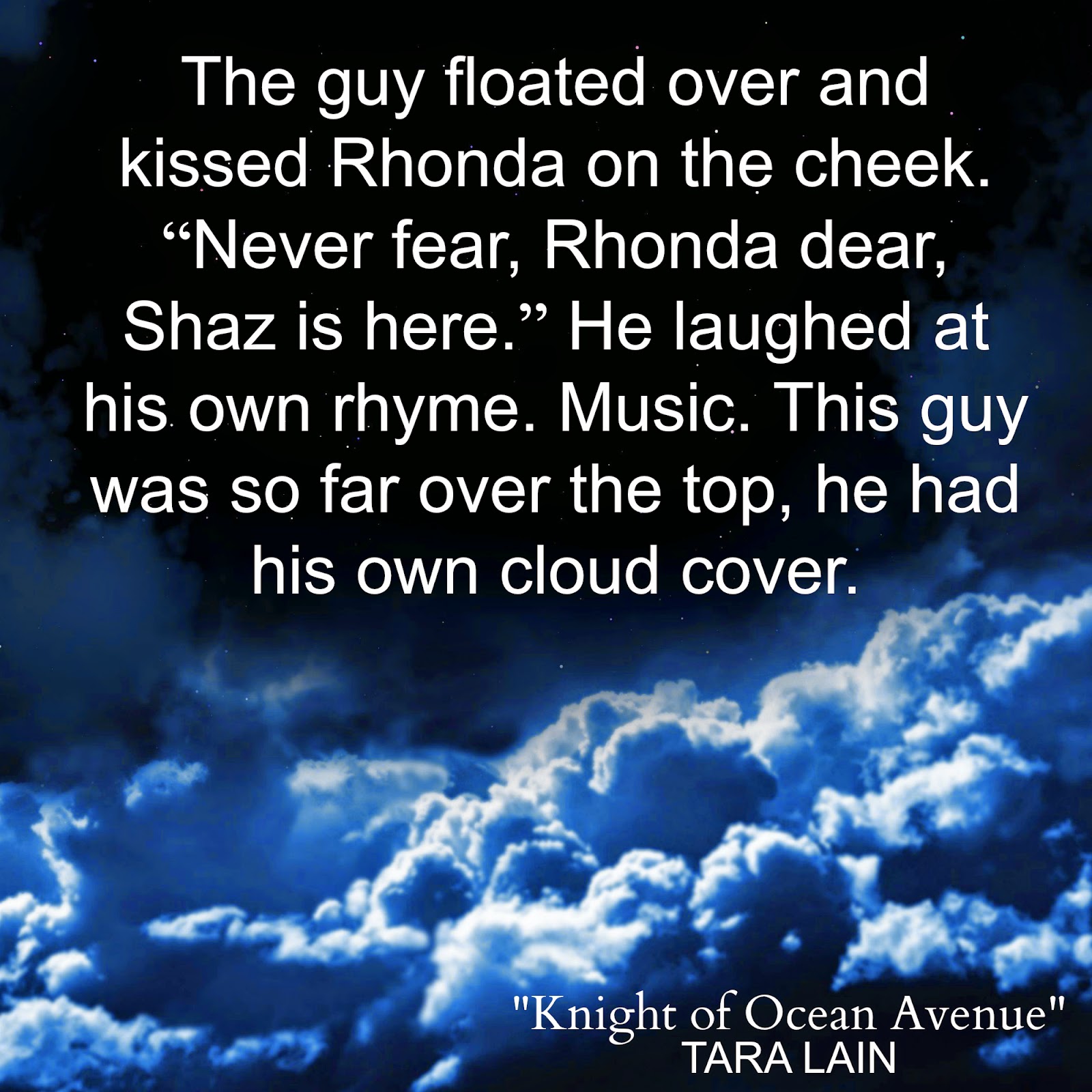 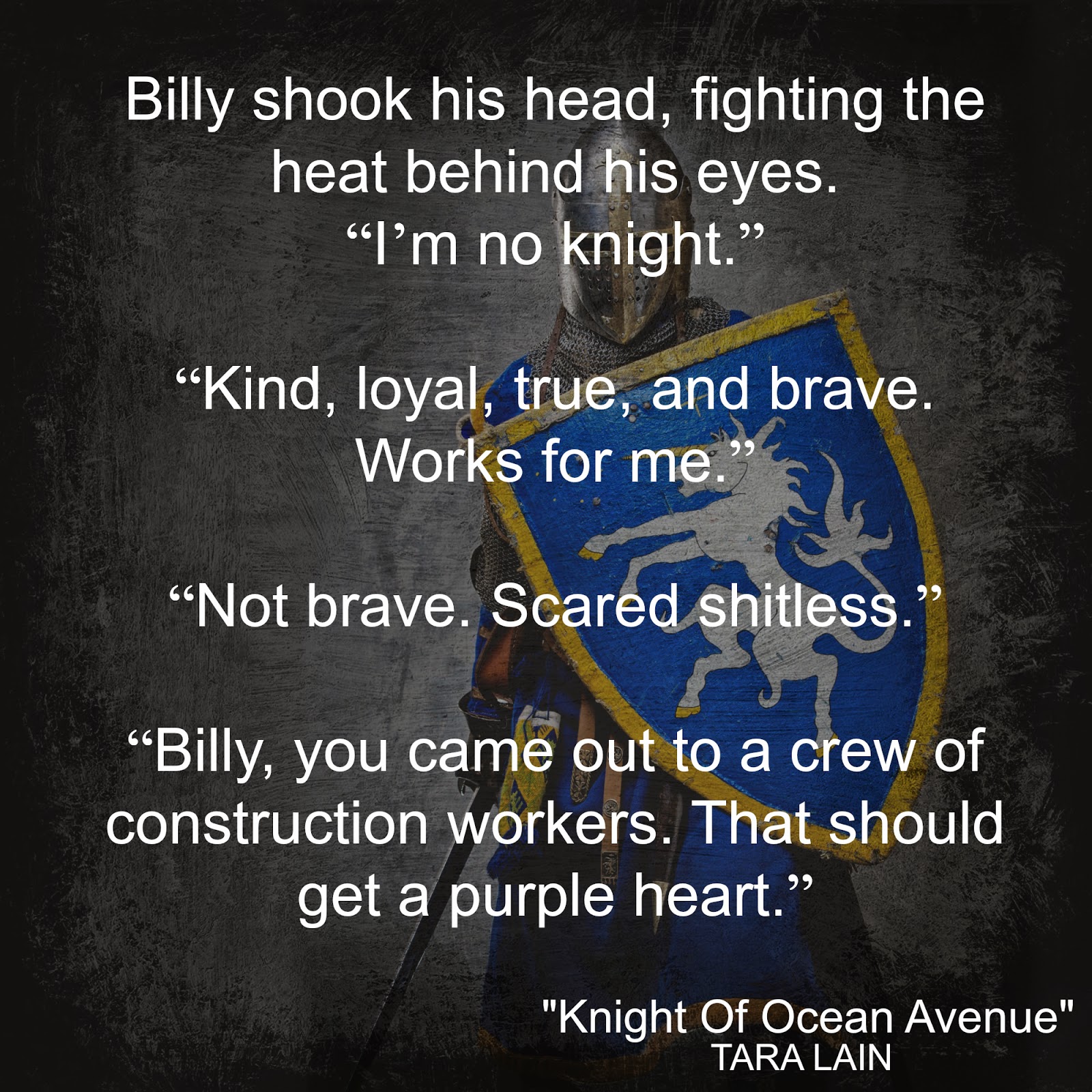 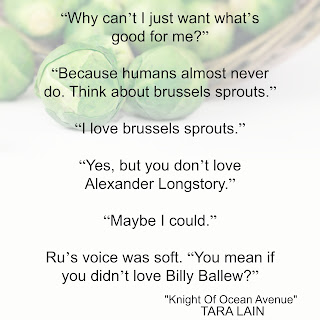 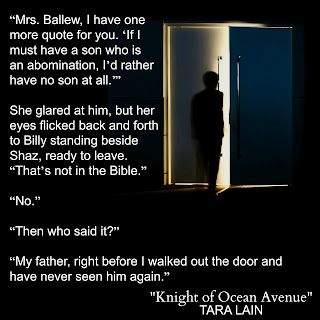